2 people ejected from SUV in rollover crash on SR-125 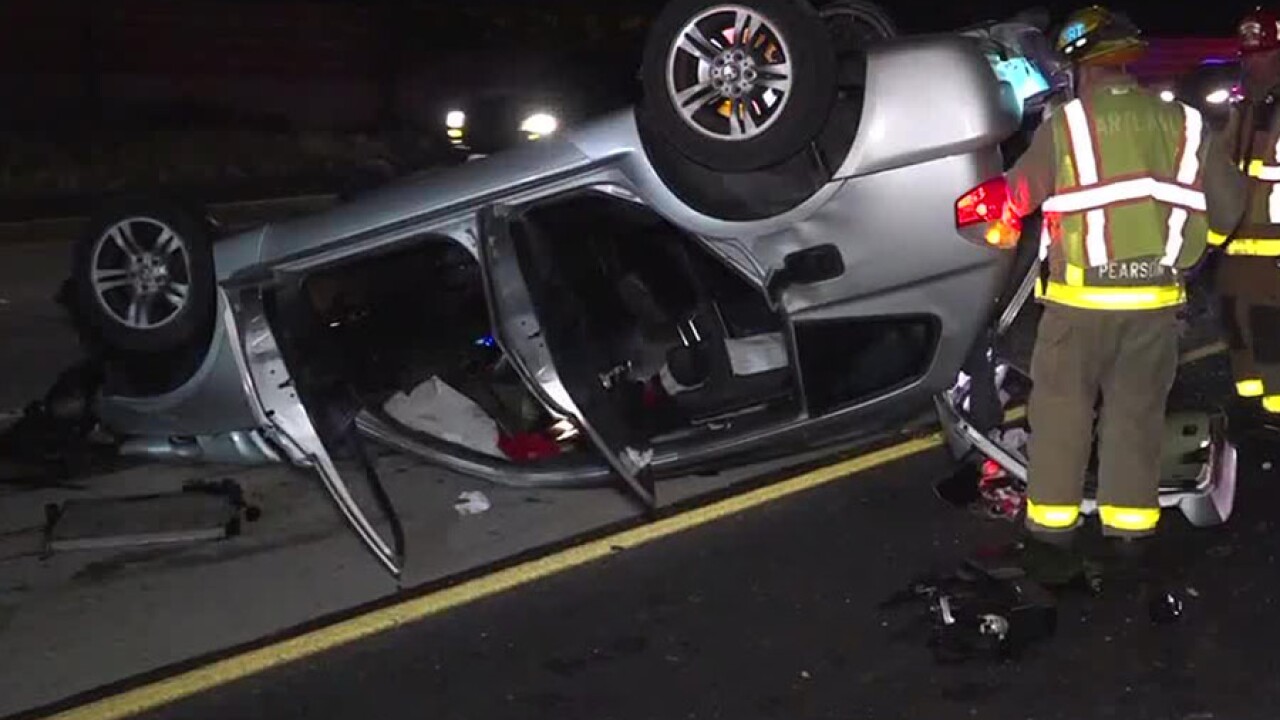 SAN DIEGO (KGTV) – Two people were rushed to the hospital early Thursday morning after a rollover crash on state Route 125 in the Lake Murray area.

The crash happened at around 4:15 a.m. on southbound SR-125 near Navajo Road, according to the California Highway Patrol.

Witnesses said they believe a silver SUV lost control, struck the center divide and then rolled over several times.

According to witnesses, two people were ejected from the SUV and landed on the lanes as the vehicle came to rest on its roof.

The two unidentified victims were taken to the hospital with injuries of unknown severity.

No other vehicles were believed to be involved in the incident.