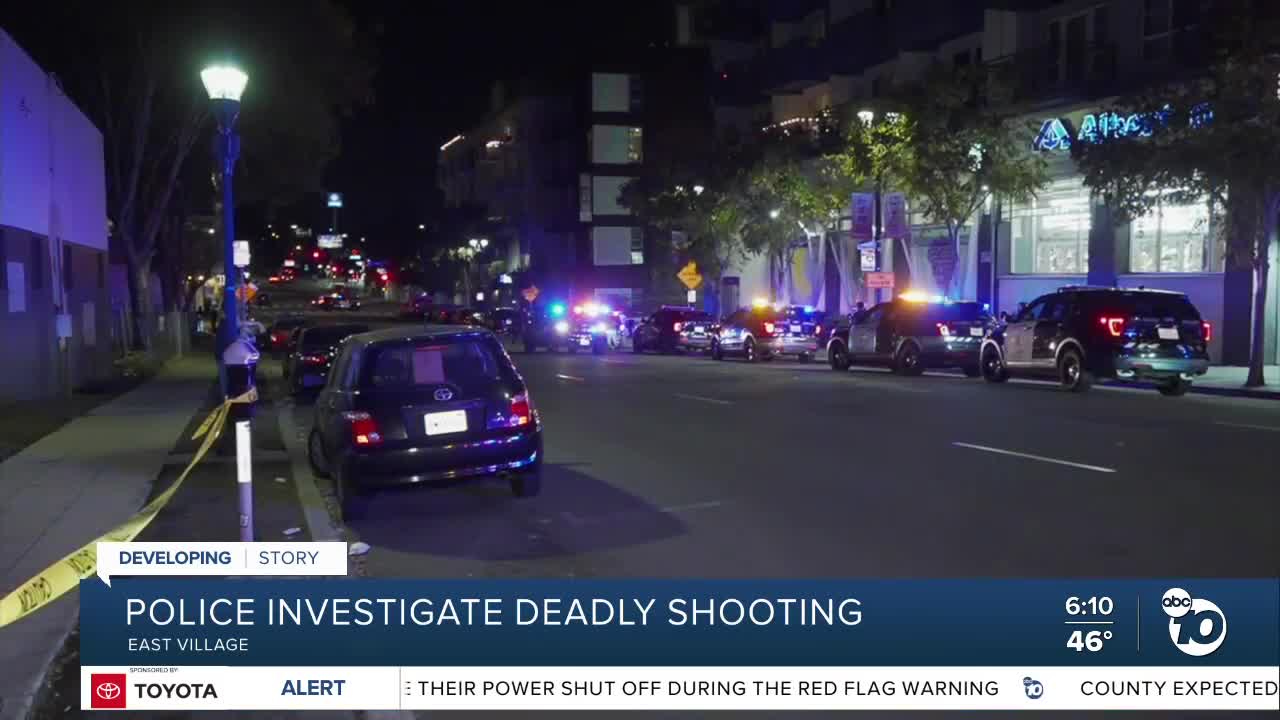 Police are investigating a shooting near a downtown San Diego parking garage that left one person dead.

The shooting was reported at around 10 p.m. Tuesday near the parking garage on G Street between 14th and 15th streets that serves the Albertsons grocery store, San Diego Police Lt. Andra Brown said.

Officers responded and found a 37-year-old man lying on the sidewalk at the entrance of the parking garage with at least one apparent gunshot wound, Brown said.

The victim, whose name was withheld pending family notification, was pronounced dead at the scene, she said.

"It is early in the investigation and little is known about the circumstances surrounding the man's death," Brown said.

Witnesses reported seeing a man wearing a dark, hooded sweatshirt and a black hat run through the parking garage after the shooting, then turn westbound on Market Street, the lieutenant said. A detailed description of the man was not immediately available.