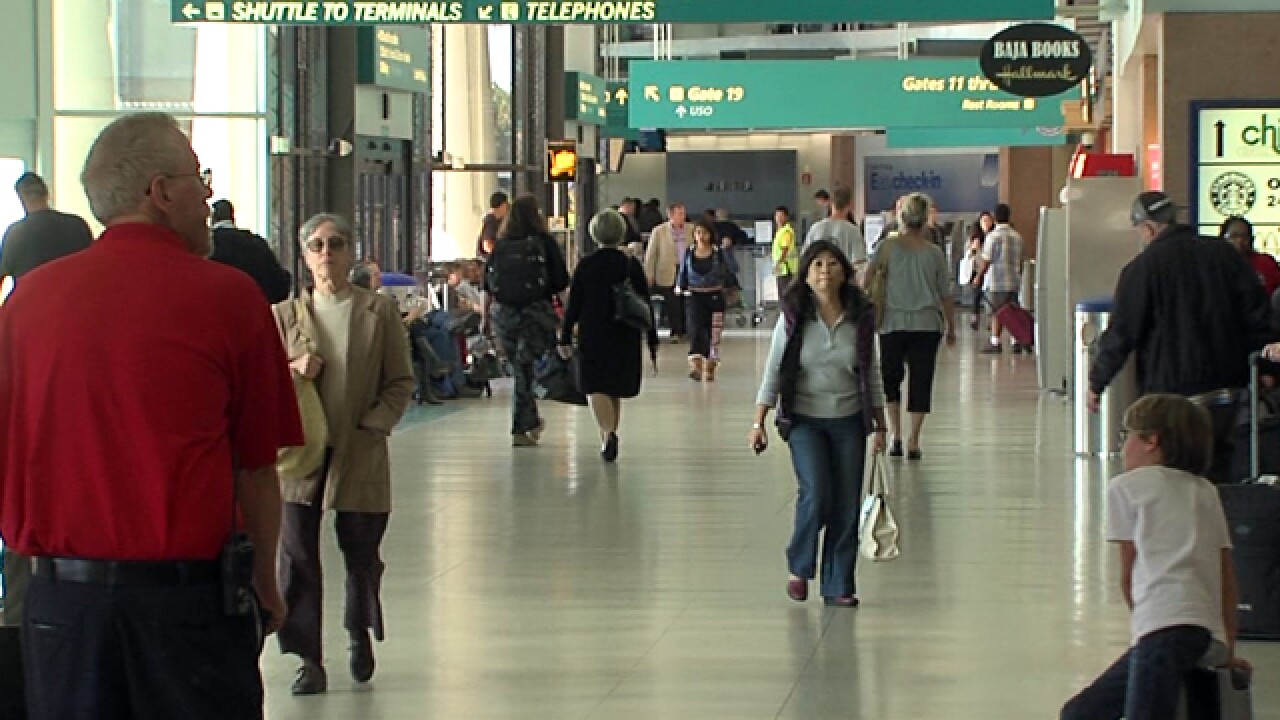 SAN DIEGO -- Terror attacks at the international airport and a subway station in Brussels, Belgium that left at least 36 people dead and many more injured today also prompted San Diego area authorities to advise security personnel, transit passengers and local residents to remain vigilant.
Although no credible threats were made in San Diego, Police Chief Shelley Zimmerman said local law enforcement officers were "monitoring the situation, coordinating with state and federal authorities, and taking all necessary precautions."
One man was escorted off a San Francisco-bound flight at the Lindbergh Field gate Tuesday morning  after he allegedly made threatening comments.
"We will not hesitate to adjust security measures to ensure the continued safety of our citizens," Zimmerman said. "We ask everyone to remain vigilant and if you see something, hear something, or know something, please say something."
Authorities at the San Diego International Airport have heightened security in light of the attacks, for which ISIS has claimed responsibility. Passengers were also being urged to report anything suspicious, airport spokesman Jonathan Heller said.
"As always, passengers should always be aware of their surroundings and if they see anything that they think is unusual or suspicious, they ought to tell security or police as soon as possible," Heller said.
Metropolitan Transit System spokesman Rob Schupp told City News Service the agency issued a memo to security supervisors this morning alerting them to the situation in Brussels. It included a reminder for security personnel to keep an eye out for anything suspicious and to not hesitate to report suspicious activity.
"All of our guys will be even more watchful today," Schupp said. "They'll be taking notice of anything that looks suspicious."
No transit service interruptions are expected in light of the attacks and travelers will likely not be affected by ramped up security efforts, according to Schupp.
However, passengers may notice a regularly deployed contingent of bomb- detecting dogs patrolling around transit stops -- especially those with high volume.
"They'll make their presence known today," he said.
City News Service Modified 2016