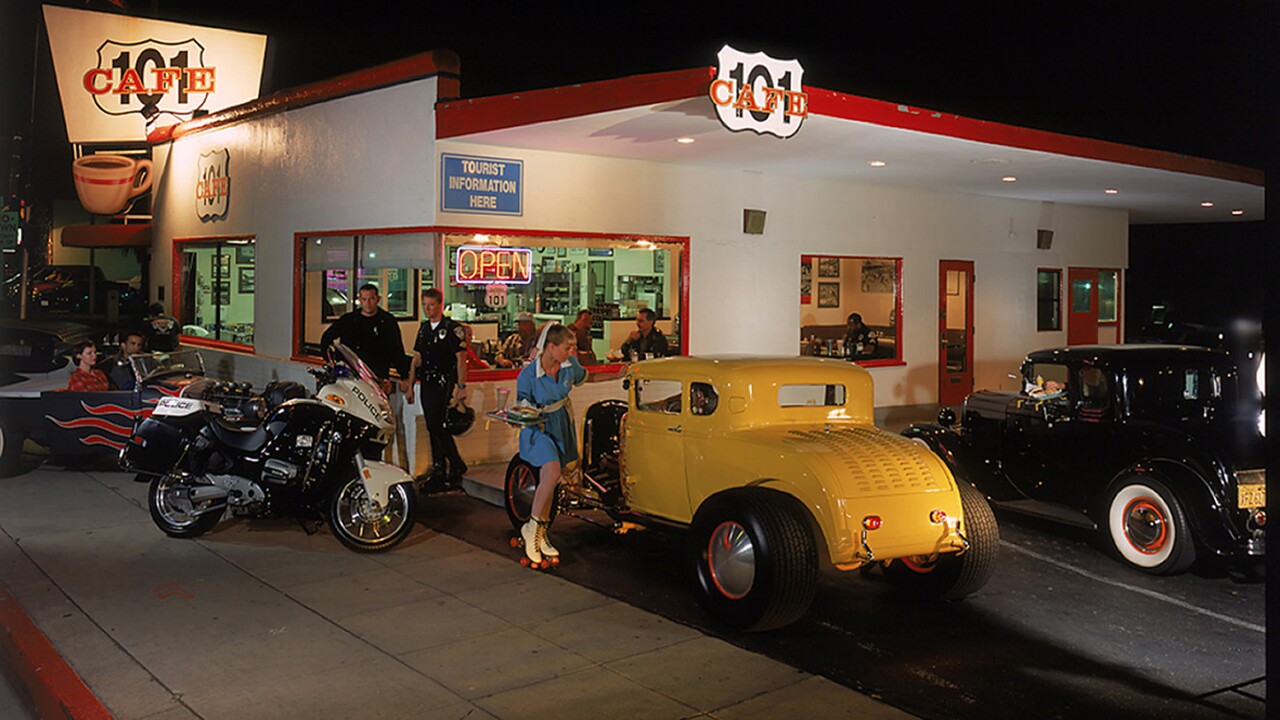 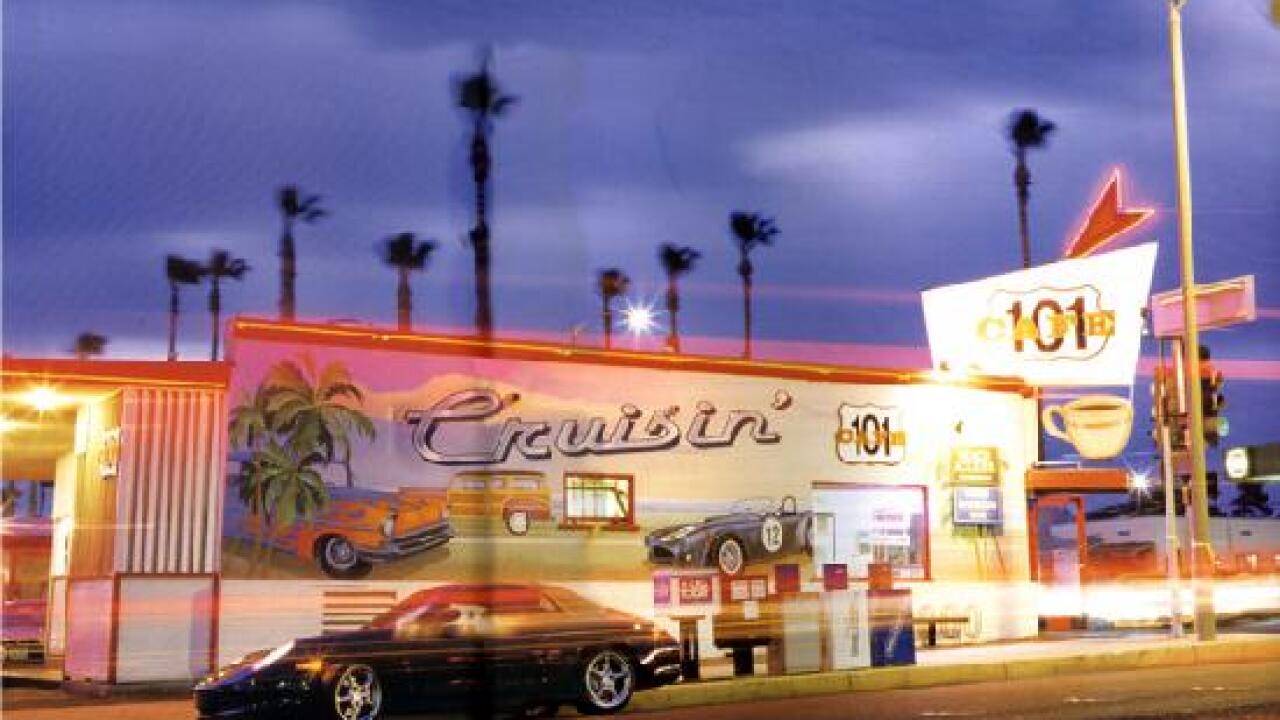 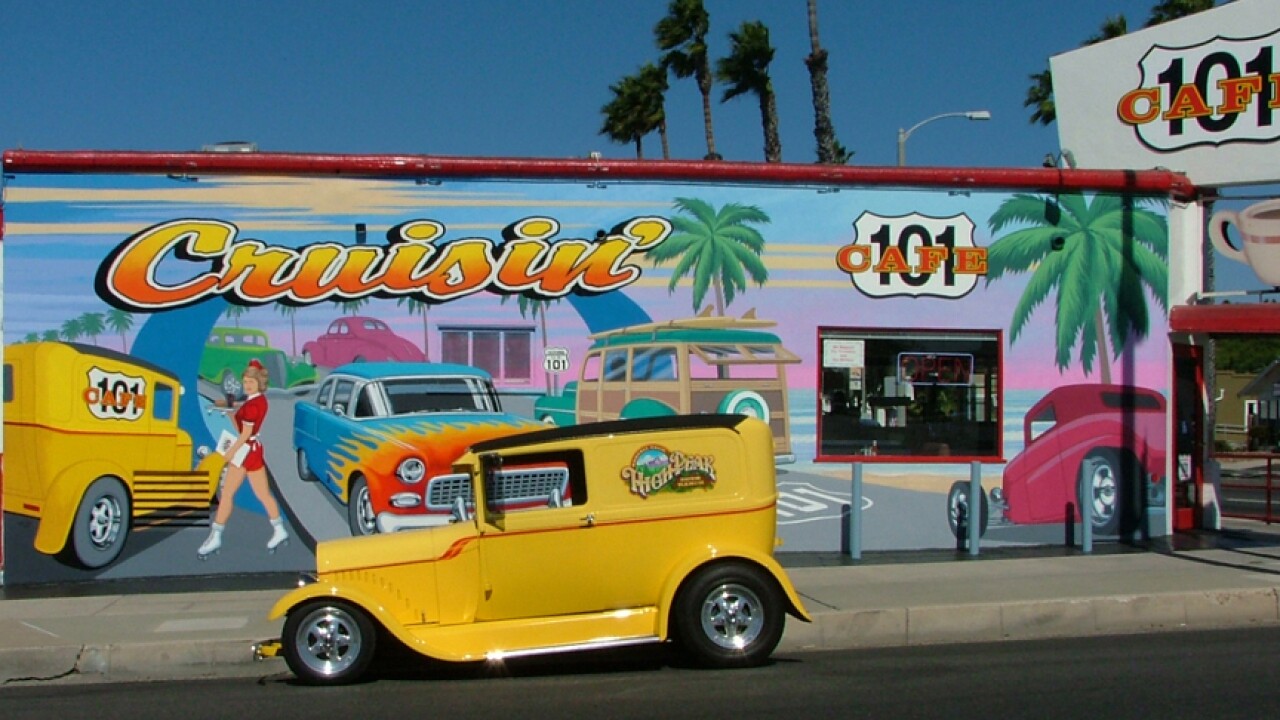 OCEANSIDE, Calif. (KGTV) - Oceanside is home to the oldest cafe on the historic Highway 101. Appropriately named Cafe 101, when you step inside, you take a step back in time inside a 50s-style diner filled with memories and history. Café 101 has been an Oceanside fixture since 1928 for one reason.

Daley should know for several reasons. He's a developer, a third-generation Oceanside native, and former owner of Cafe 101 and much of its rich history.

"At one time, this was even our local bus stop for Greyhound out in front of us," adds Daley.

A throwback to the '50s, Cafe 101 has always been so much more than a burger joint. When Camp Pendleton opened during World War II, Oceanside exploded from 5,000 people to more than 12,000. Cafe 101 was not only a drive-in diner, but it also served as a trailer park.

For those Marines, Cafe 101 was like a second home and the employees who worked there were like family. Years later, when Daley and his partners bought the restaurant in the mid-80s he would see those Marines, much older now with children and grandchildren, return to the cafe to relive memories.

"Me being a big talker, I love to go out and say high to as many as I could recognize, and thank them for their service, and tell their kids what a great job they did to make our country free," says Daley with a smile.

Cafe 101 is pure nostalgia. From home cooked food to the stainless-steel tables, the red booths, and the table side jukeboxes. But what sets Cafe 101 apart is its symbolic mural on the south wall of the cafe. It’s been featured in magazines and newspapers all over the world. That mural is what makes Cafe 101 such an essential part of Oceanside.

"It was kind of iconic in a sense," says Daley. "Which is really a 101-highway mural too. We put palm trees and cool cars, and we got the ocean in there too. Nothing better along the 101 than to have all those things on it."