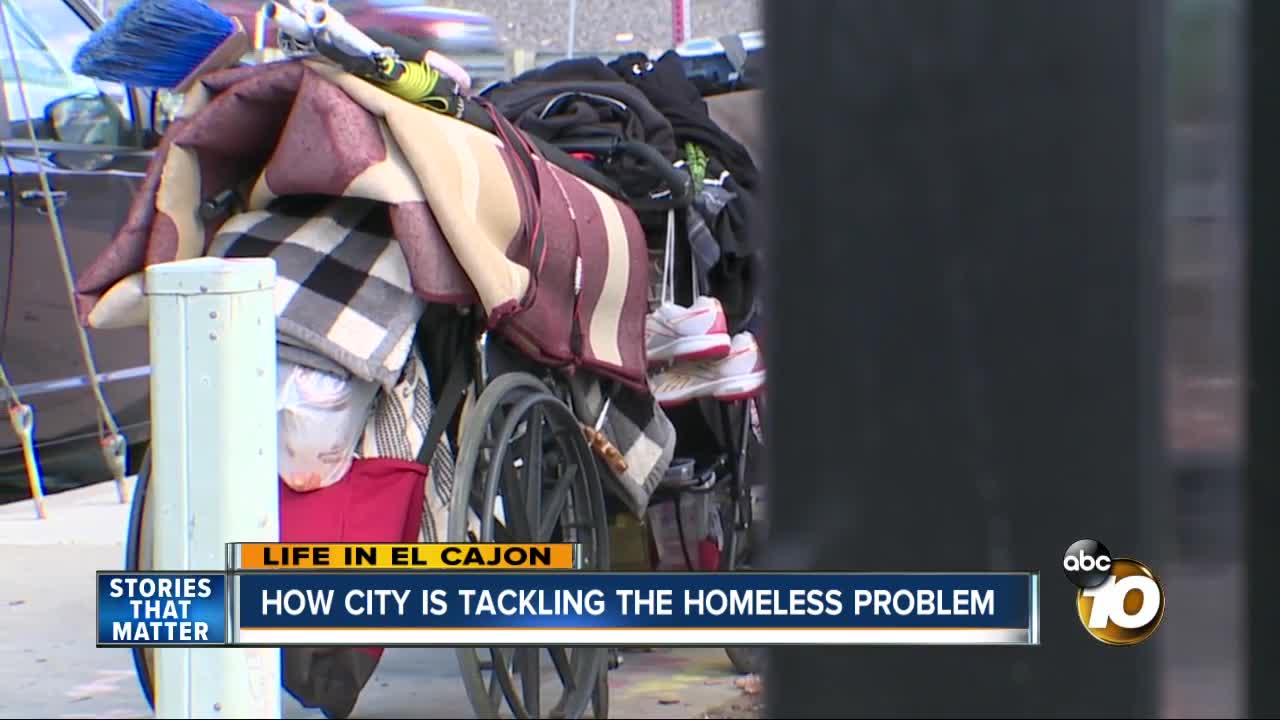 Life in El Cajon: How the city is tackling the homeless problem

EL CAJON, Calif. (KGTV) - El Cajon has the highest concentration of homeless among East County communities, according to the latest homeless count.

The count found 298 are people living without shelter in El Cajon and another 498 that live sheltered.

One of the organizations devoted to helping the homeless in the community is the Crisis House, which is celebrating its 50th anniversary this year.

They satisfy immediate needs with food, diapers, and clothing. They've also helped many get permanent housing. However, there is still a major gap in services in getting people from the streets to permanent housing.

"I think for this community to start with a bridge shelter might be very helpful," said Executive Director Mary Case.

The concept behind a bridge shelter is a place where their clients can stay while the organization helps them the right help they need or while they want for permanent housing. Case says there isn't a place like that for their clients.

She says there are times "where I've arranged for a service provider to come and meet somebody here and they're not here, and it's like gee, they're here most days," she said. At that point they have to reschedule the meeting with the provider. It's tough to track down or get a hold of clients when they are living in the street.

City Manager Graham Mitchell points out there are many religious organizations in the community that also work with the homeless. He also says getting all the homeless in a central location raises some concerns.

"I know what you're saying; there's some value in having everyone under one roof where everyone is there," he told 10News. "In a small community that would place a burden on one entire neighborhood. So I'm actually going to be recommending we find partners throughout the community."

Mitchell says El Cajon is working with other East County communities to see if they can take part in a collaborative effort to help with the homeless issue throughout the region.