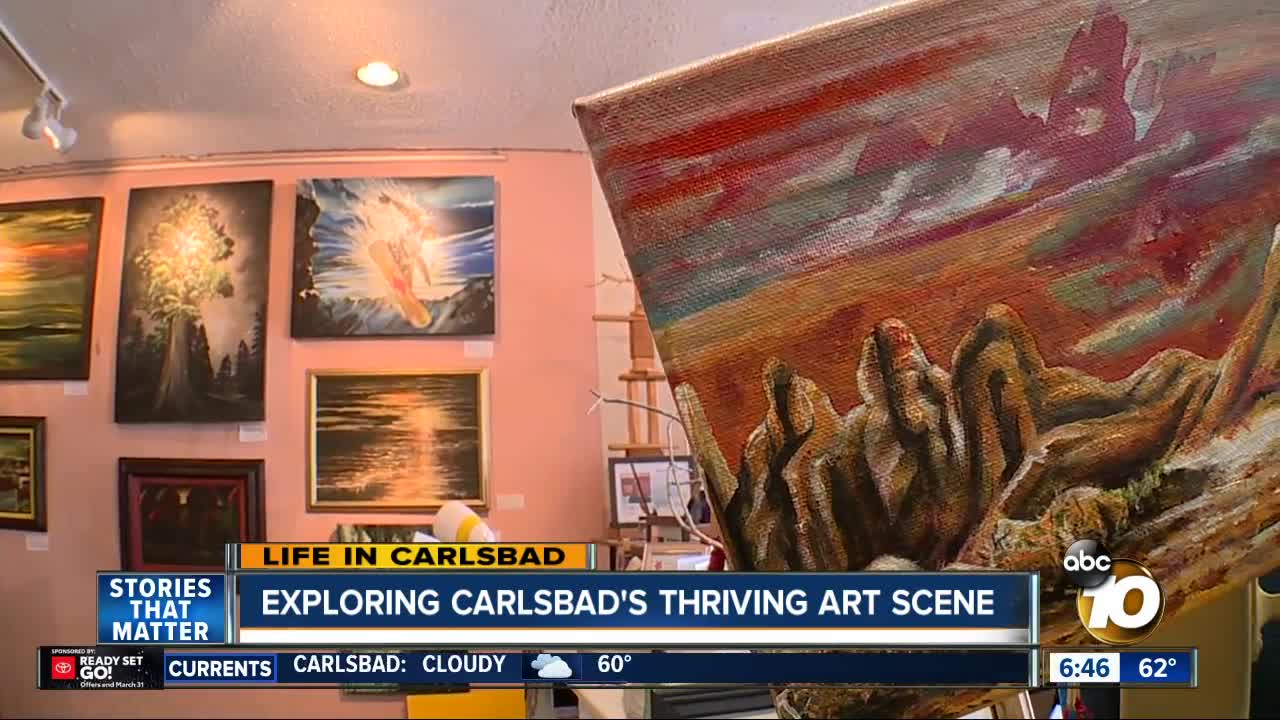 "I was the kid from the neighborhood that would invite you to the show I wrote, directed and am starring in, in my backyard, you know?" said Kurner.

Those childhood plays eventually turned into full-blown professional productions, which Kurner now puts on at the New Village Arts Theatre, which she founded in 2001.

"We wanted to be sure we built a venue that was a very intimate space. We have 100 seats in the house," she said of the theater on 2787 State Street.

Every year, they put on six main stage shows, plus a variety of other performances.

"Our goal is to bring as many artistic experiences to Carlsbad as we can and also to make those experiences accessible to as many people as we can," said Kurner.

Which is why she also opened The Foundry, right next door, which houses 16 different visual artists.

They rent space and can come 24/7, but it isn't just for them. It's also for the public, doubling as a gallery.

Access to art is also important to Bryan Snyder.

Five years ago, he decided a wall on the side of Señor Grubby's would be a perfect spot for a mural.

So, he started what's now known simply as "The Carlsbad Art Wall.”

Every two months, a new artist gets to transform it. So far, it's showcased more than 20 different works.

"This community is so supportive of the arts, music, theatre, murals; this is just one example of the thriving culture we have today," said Snyder.

And all around the village, you'll find dozens of other murals for everyone to appreciate.

"It stimulates local economic growth. You talk to any business in the village they're going to say the murals, the theatre, the music festivals, everything is bringing people and those people are spending money," added Snyder.