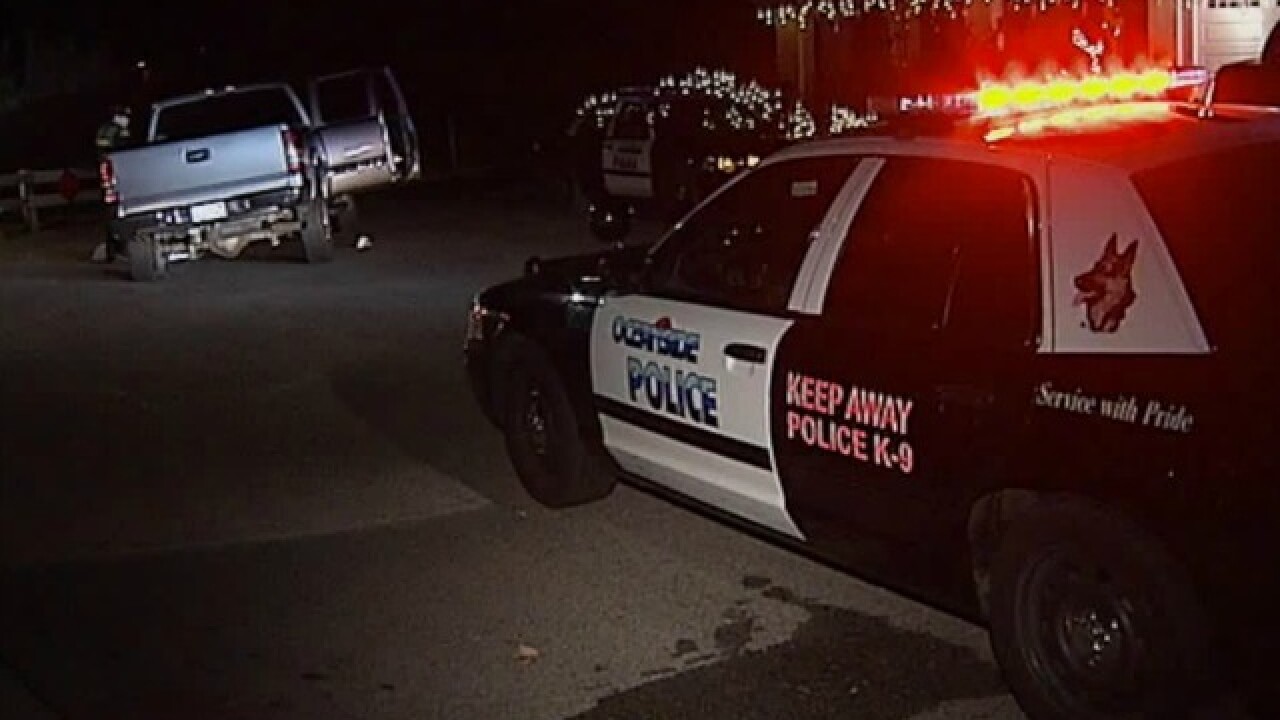 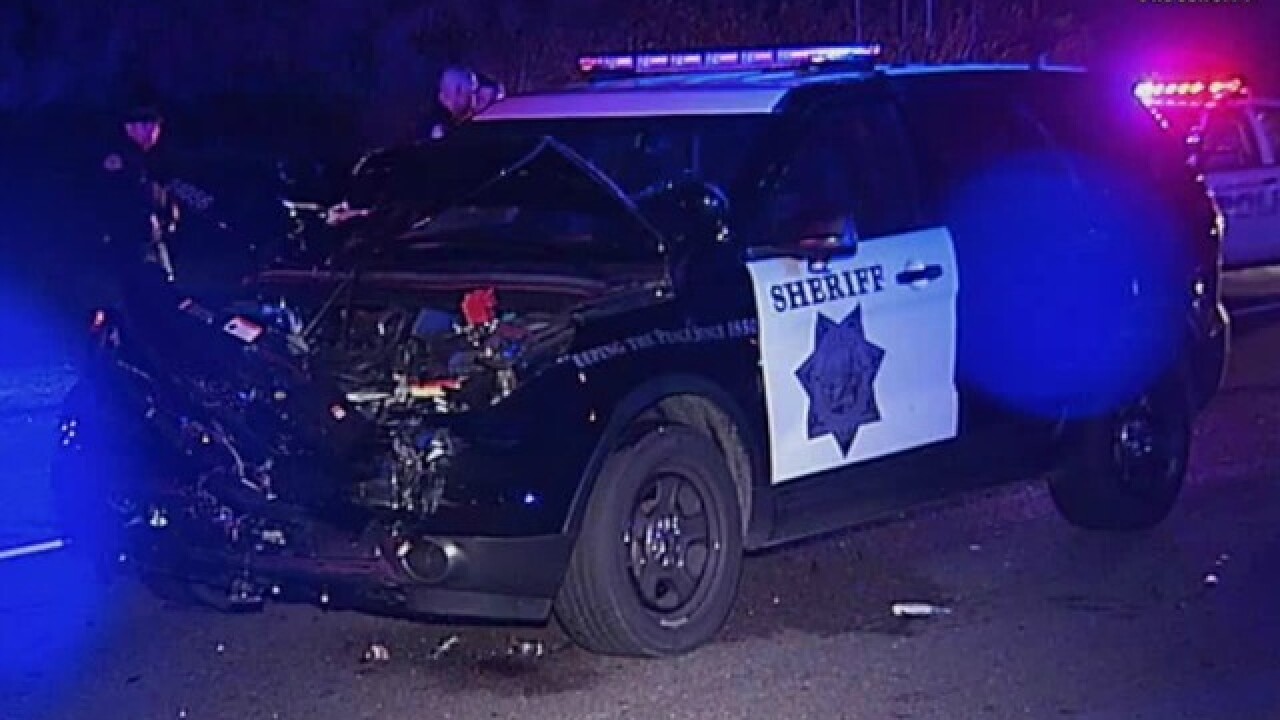 A man who led police and sheriff's deputies on a chase through the North County was arrested Monday night, according to San Diego Sheriff's Deputies.

Police were originally looking for a stolen car in the Carlsbad area. When they tried to pull the car over, the driver took off on I-5, according to deputies.

The suspect eventually pulled over and ran from his car on Guajome Lake Road in Oceanside, according to deputies.

A police dog tracked the man down and helped bring him into custody.

During the pursuit, a Carlsbad police car slammed into a sheriff's deputy patrol car on State Route 76 at Canyon Road.

The sheriff's deputy was taken to the hospital with a complaint of pain. The Carlsbad police officer was not injured in the crash.