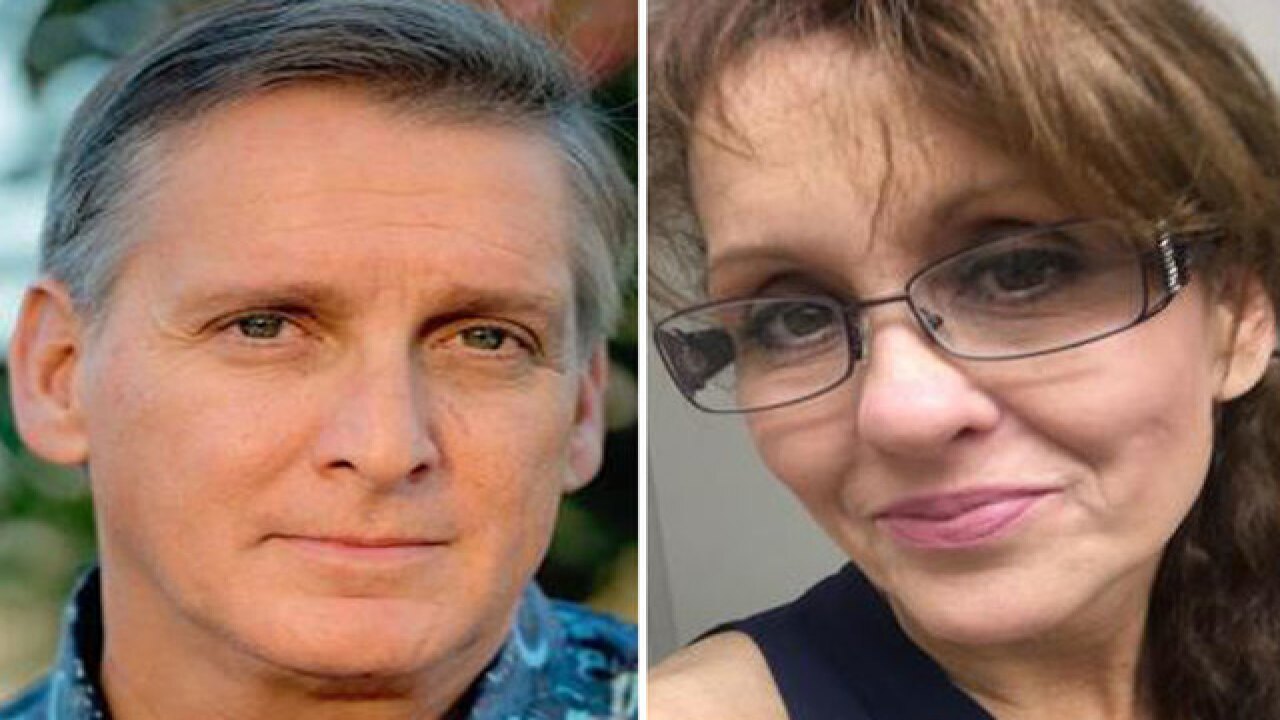 (KGTV) - The California woman allegedly kidnapped by her estranged boyfriend was forced to marry him at a Las Vegas wedding chapel, police said.

Henderson, Nevada police said Joseph Heizel abducted Virginia Paris, 55, in Solvang last week.  She had a restraining order against him at the time, according to KTNV.

The pair traveled to the Phoenix area, where Paris asked for help at a Starbucks. Police said Hetzel dragged Paris back into the car and headed north to Las Vegas.

The next day, Paris approached the front desk of the Railroad Pass Hotel in Henderson and told employees she was being held against her will.

"The way she spoke to me, she was very calm, a very nice lady to me, she was just very, very calm," said Danielle, a front desk worker who did not want to give her last name out of security concerns.

"She just pretty much told me, I need your help, can you please get a hold of the police, and make it look like you were checking me into this room," Danielle added.

Paris later revealed that during her kidnapping, Hetzel forced her into marriage, KTNV reported.  A witness at the Little Neon Chapel told reporters he didn’t notice Paris was in trouble, and that he saw the couple kiss during the nuptials.

Paris' daughter told KEYT her mother agreed to the marriage in exchange for being allowed to call her children. Authorities annulled the marriage, KEYT reported.