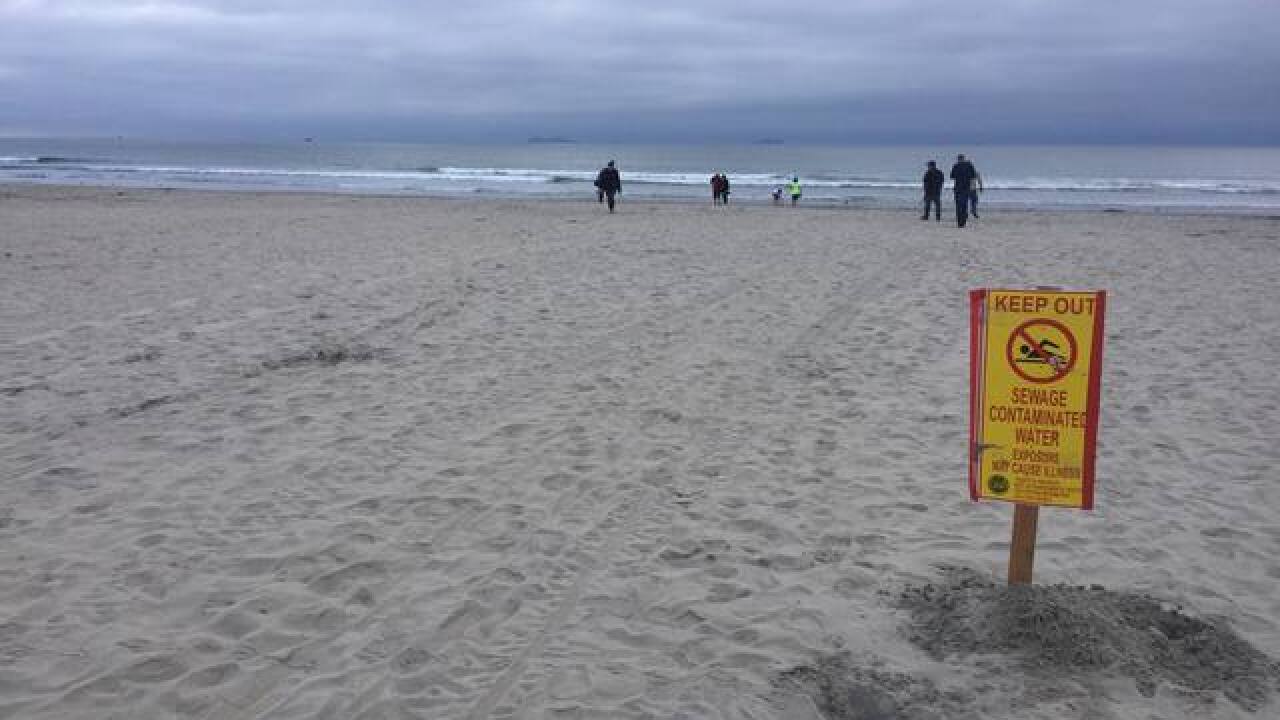 SAN DIEGO (CNS) - A judge took under submission today a motion by the federal government to dismiss a lawsuit filed by the cities of Imperial Beach and Chula Vista and the Port of San Diego, alleging that the International Boundary and Water Commission is violating the Clean Water Act by not doing more to prevent Tijuana sewage from flowing into San Diego area waters.

The federal government maintains that the IBWC isn't legally responsible for the sewage flowing into U.S. waters from Mexico.

But the plaintiffs claim that since the IBWC oversees a flood control channel that redirects the Tijuana River on its way to the Pacific Ocean, as well as water- capture basins in five canyons along the border, the agency is responsible for the sewage that gets through those systems.

Imperial Beach Mayor Serge Dedina, who has led the fight to against the IBWC since his city was hit with millions of gallons of raw sewage in February 2017, said it was heartening to hear U.S. District Judge Jeffrey Miller say he might go to the South Bay to see first-hand how the situation is being handled.

Dedina said the plaintiffs got a fair hearing. "(It was) a very emotional morning for me," Dedina said outside court. "(I have) vivid memories of taking my kids to the emergency room. We have little kids here. Our kids are getting sick. Our lifeguards are getting sick. It's been a long road and a really tough fight, and it really meant a lot to me that members of our community were here to support that. And I'll tell you what, if our city council and our city ... have to crawl on broken glass through garbage to fight for this, we will do that. We will never rest until we have clean water and that's why we're here."

The judge did not indicate when he would rule on whether the lawsuit can go forward.