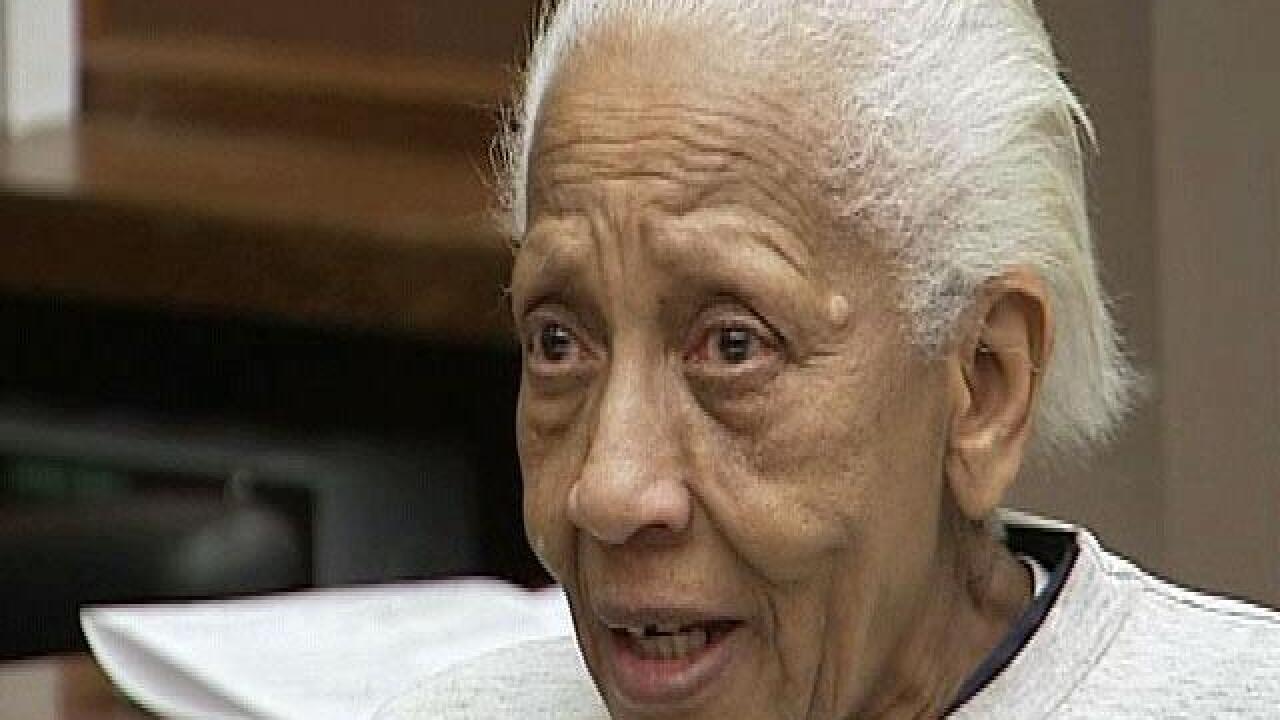 DECATUR, Ga. (KGTV/AP) -- A notorious 86-year-old jewel thief convicted of a theft in Mission Valley is now charged with shoplifting.

Doris Payne was arrested July 17 near Atlanta and charged with misdemeanor shoplifting after a Walmart employee said she tried to leave the Chamblee store with items she hadn't paid for.

Payne was on probation at the time after pleading guilty in March to a felony shoplifting charge for trying to steal a $2,000 necklace from a department store in December. She was jailed for violating that probation.

Findling says a judge last week ended her probation in that case, but she still faces the Walmart shoplifting charge.

Payne is well known in the jewelry world for an illicit career spanning six decades.

Payne has used 32 aliases, 10 different birth dates, 11 Social Security numbers and nine names on passports, according to a probation report that said she is "quite proud" and "uninhibited and boastful about her criminal career."