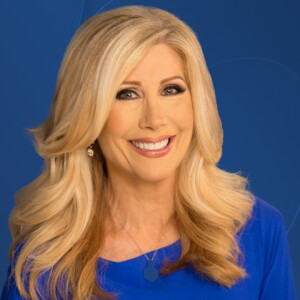 On Jan. 30, 2020, the World Health Organization declared the outbreak of novel coronavirus a global health emergency. San Diego County Public Health Officer Dr. Wilma Wooten mobilized. Her job was to try to control the outbreak among the county’s almost three and a half million residents.

San Diego County Public Health Officer Dr. Wilma Wooten mobilized. Her job was to try to control the outbreak among the county’s almost three and a half million residents.

At the county office where she’s worked for over a year now coordinating the pandemic response, Wooten tells ABC 10News anchor Kimberly Hunt that as millions of human-to-human transmissions pushed the virus to our coast, she headed a two-pronged charge to save lives.

"You can't operate in the moment, you have to plan for the future," Wooten said.

"Everyone working together for a common goal, that is the definition of collective impact," she added. 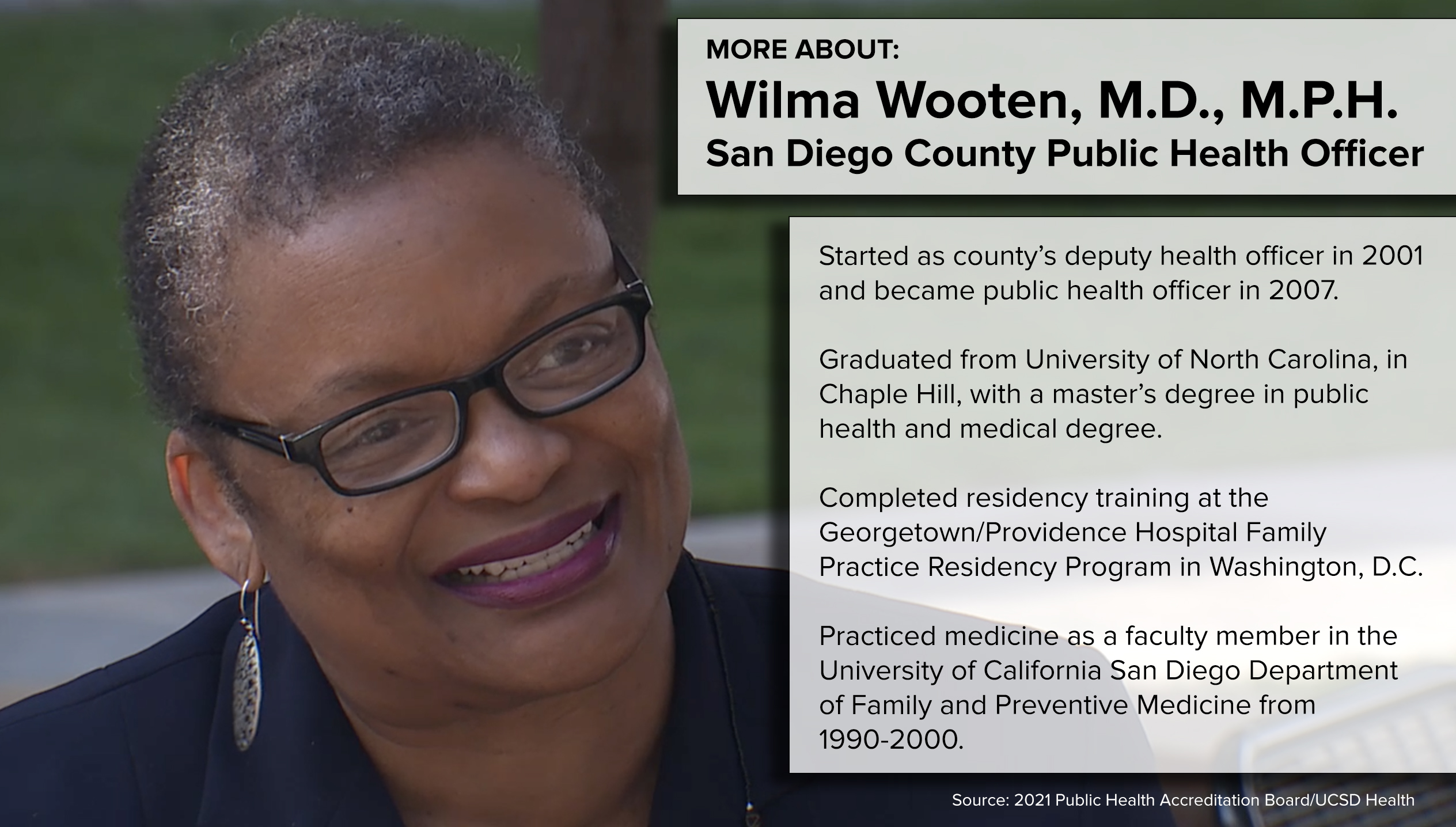 While Wooten stresses it’s a team effort, month after month, every afternoon, she informed the public on our daily case rate, and lives lost. She says the scariest time was November and December of 2020 when ICU rooms were at or above capacity.

She describes what happened next as a "miraculous thing." Vaccines started going into arms, and the number of cases leveled off. Even so, California's COVID-19 restrictions remained in place.

"We were just trying to do the right thing for our community to keep our residents safe, that really is the bottom line," Wooten said.

But Wooten has paid the price, with San Diegans' angry about those restrictions.

She said the biggest struggle personally was getting mean emails, phone calls, notes, and social media posts. She says it’s something she’s never experienced before. Protesters even showed up in her neighborhood.

Public health officers around the country received death threats and threats to their families and some walked away from the job, but not Wooten.

"While I still charged on and did what I need to do from day to day, that was scary. That was very scary," said Wooten. "Failure is not an option, and if I'm going to quit it's going to be on my terms and not because someone is threatening."

Wooten’s work ethic is evident. Her first day off was 10 months into the pandemic and while she’s often the serious face of a grave situation, a lighter side emerges when she talks about being a role model.

She said she’s glad to play a part in blazing a trail for all young girls.

"But I'm doing my job. And if doing my job serves as a role model, then that makes me happy," said Wooten.

For Wooten, it was a physician who talked to her in the 9th grade in her hometown in Alabama who she credits for changing the trajectory of her life. She made a decision to go into medicine.

"Oftentimes I tell my mom that she's the doctor in the family because she always has the solutions and the remedies, and she doesn't listen to me as the doctor, so it doesn't really hold a lot of weight for her. I know she's proud of me, but she's the doctor of the family," Wooten laughed.

After a long year and a half, Wooten hopes to take a vacation early next year — if all case trends continue a downward trajectory.

"Probably travel somewhere to a tropical region, that's warm," Wooten said, adding that wherever she goes she hopes to get some sailing in. "You come to a centered place that's very content. It's a feeling unlike none other for me."