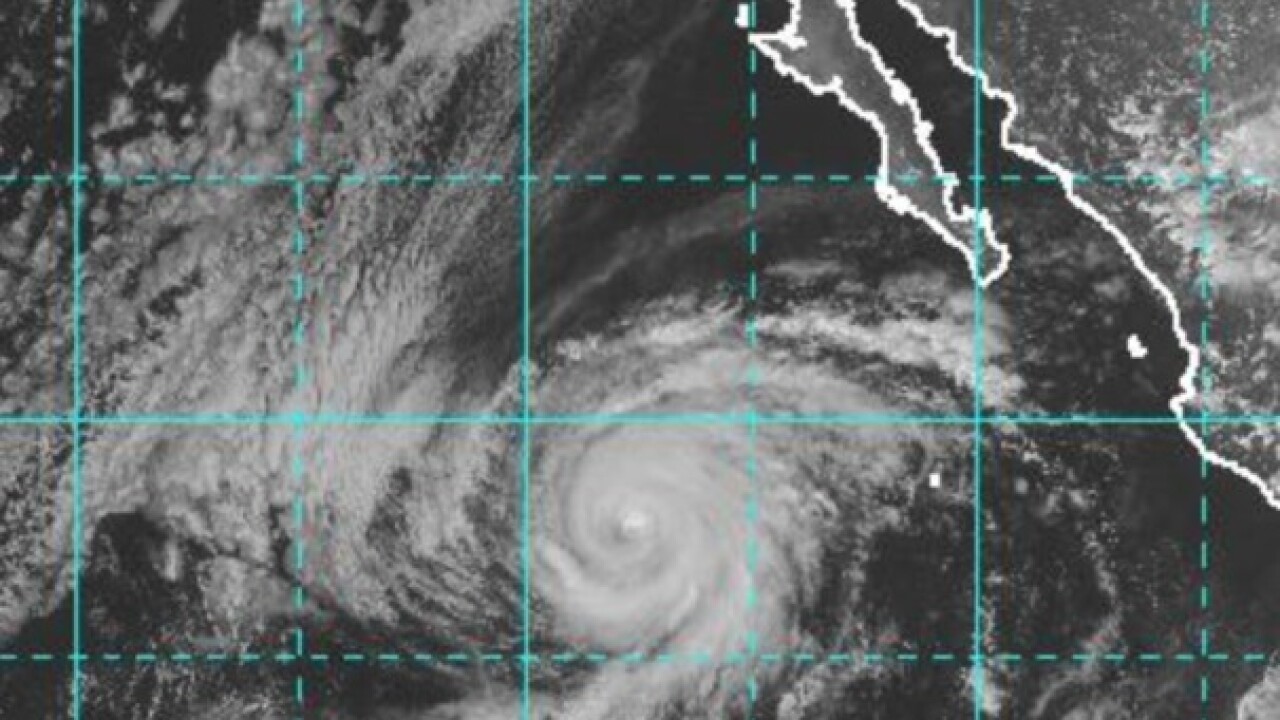 SAN DIEGO (CNS) - A swell from Hurricane Rosa were expected to bring high surf and rip currents to Southern California beaches Saturday, and rain from the remnants of the storm will likely fall in the region early this week.

Waves of three to five feet with sets to seven feet were predicted for San Diego County beaches, he said.

The swell direction was expected to give south-facing beaches the highest surf, and sets as high as 10 feet were predicted for some Orange County beaches.

Rip currents caused by the swell could make conditions dangerous for inexperienced swimmers and surfers, who could be pulled out to sea.

Rain also was expected to begin rolling into the San Diego area late Sunday, with most of it expected on Tuesday, Isla said. Thunderstorms will be possible on Tuesday and Wednesday.

RELATED: Hurricane Rosa off Mexico could bring rip currents, flooding in US

"For the San Diego area, we're looking at maybe a quarter to three quarters of an inch (of rain)," Isla said.

San Diego County will miss the brunt of the moisture, which could bring up to a year's worth of rain to the arid Imperial Valley and parts of Arizona.