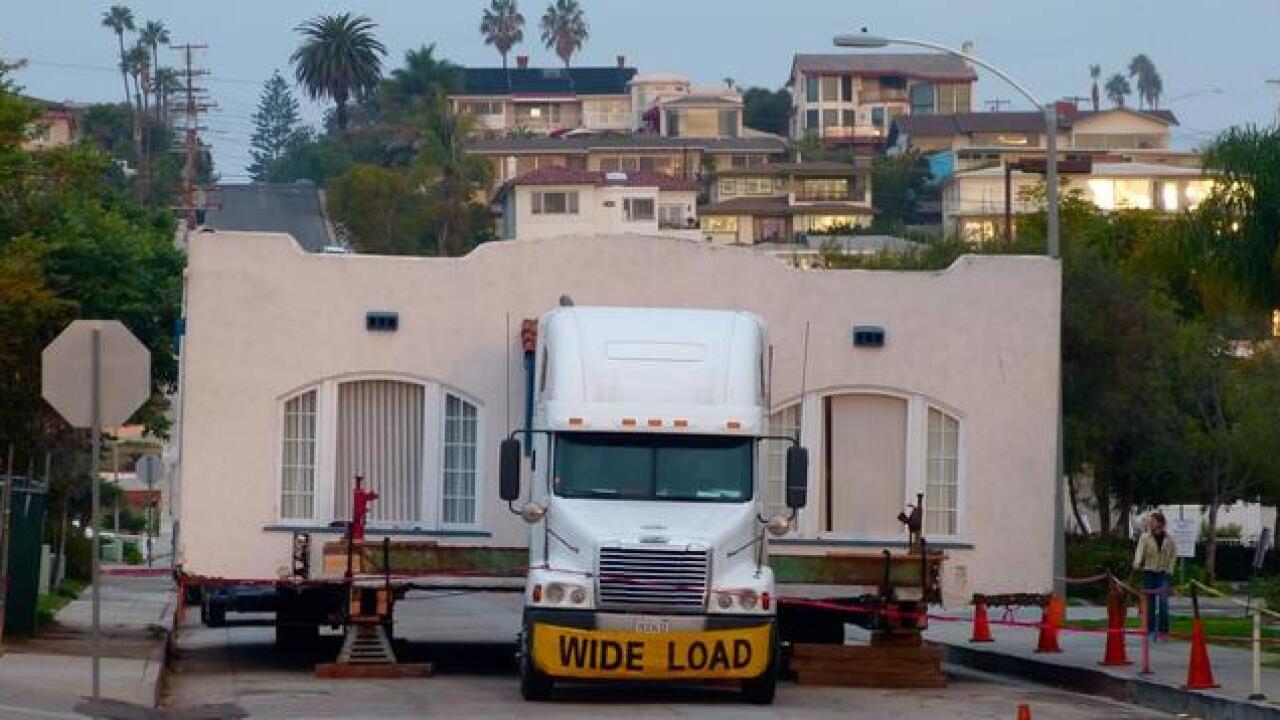 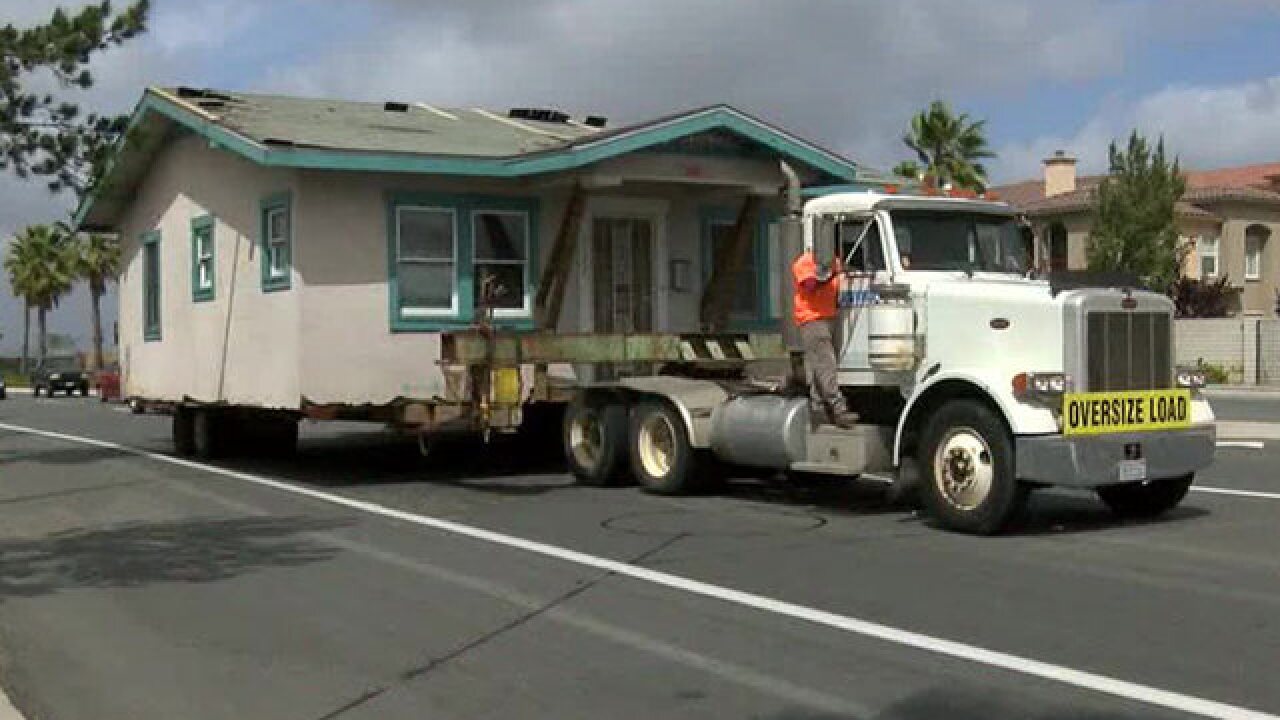 SAN DIEGO - A crew transported a 91-year-old home from San Diego's Hillcrest neighborhood all the way down to San Ysidro on Monday.

The 800-square-foot home, built in 1925, was transported from its current location at 3795 Vermont St. down to a San Ysidro neighborhood, where it will be used by another family. The transportation project was headed up by contractor Garnell Fitz-Henley, who specializes in moving and reusing old homes in order to save them from demolition.

"It's the only right thing to do with a structure that's structurally sound," Henley said. "If there's something wrong with it, demolish it. It's falling apart. But there's nothing wrong with this house."

Henley told 10News this kind of move only works with older houses that are not on slab foundations. To make such a move, crews have to cut under the home, place steel beams beneath it, raise the beams and place them on the semi-truck for transport.

"You're saving the whole house from the landfill, somebody else gets to use it," Henley said. "It's perfect. It should be encouraged. Reduce permitting fees and time."

The home was taken to a storage facility on Britannia Boulevard in Otay Mesa on Monday afternoon. It will remain in storage until the new owners get their permits for the new San Ysidro property.

Anne Wilson, the woman who owned the home while it was in Hillcrest, is replacing it with a new three-story, 2,000-square foot house. Wilson purchased the home in 1993.

"Now it's almost 100 years old, and it's probably going to have another 50-100 years when it gets moved and renovated somewhere else," Wilson said.