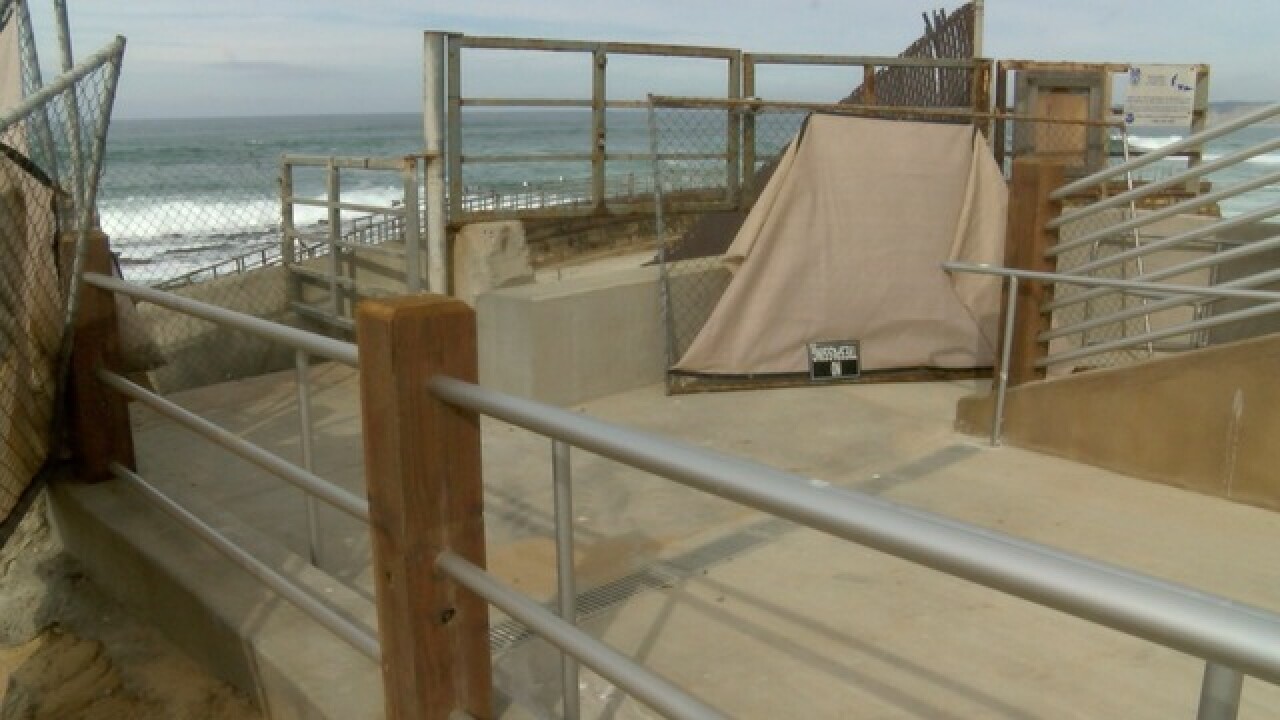 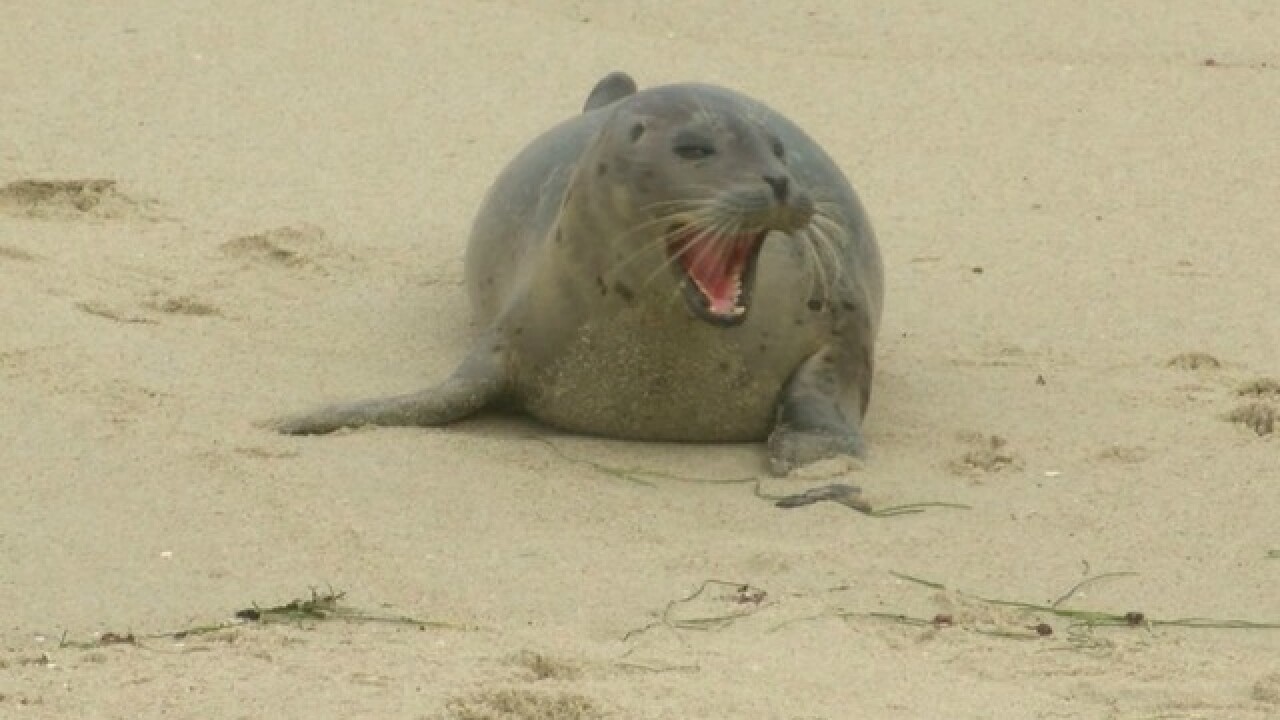 By: Joe Little
Posted at 7:19 PM, Jan 18, 2016
LA JOLLA -- A local advocacy group said Monday it is afraid the City of San Diego wants to permanently close off the popular La Jolla Children’s Pool to people.
Ken Hunrichs is the president of the “Friends of the Children’s Pool.” He said the wrote a letter to San Diego City Council President Sherri Lightner last month inquiring about a small wall that now blocks the only ramp down to the Children’s Pool beach.
The concrete wall is part of the construction surrounding the new lifeguard tower and plaza right above the beach. A sign posted by the city said it was all supposed to be opened by October 2015. Hunrichs said he thinks it will be closed for a while longer.
“Nowhere ever was there an indication that the city was going to block off this ramp,” said Hunrichs while standing at the concrete wall. He said it blocks the only path for emergency vehicles and disabled to get to the beach where the popular seals sun most of the day.
Hunrichs said he spoke directly to the project manager.
“He assured us that this ramp was going to be smoothed out, everything was going to be fine, no problem.”
Now the problem is concrete. Hunrichs and the FOCP wrote a letter to Council President Lightner about the wall.
“We’re waiting to hear back. That was in December,” he said.
Hunrichs said he fears the small concrete wall is the beginning of the end for people on the beach.
“It looks as though they are working incrementally towards completely closing this beach,” he said.
San Diego City Hall was closed Monday to observe Martin Luther King Jr. Day. A spokesman for the city said someone would be able to respond Tuesday.
Scripps Only Content 2015