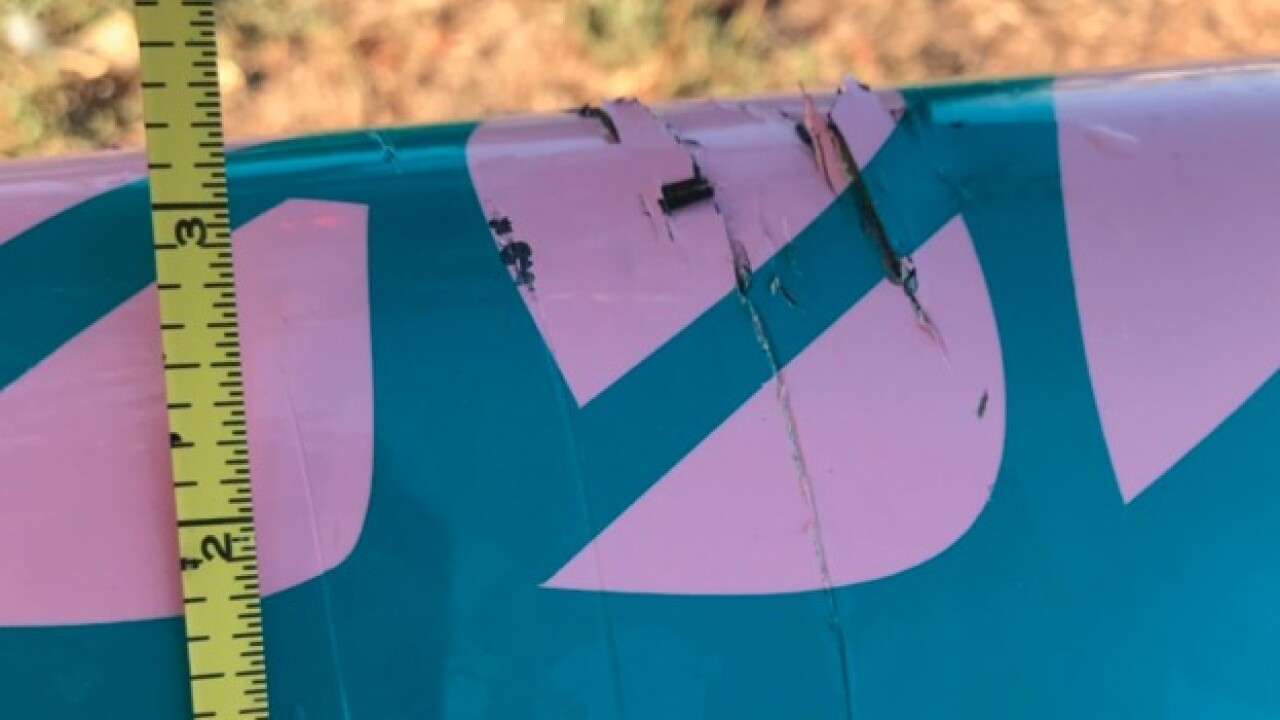 On Wednesday, Julie Wolfe showed 10News the bite marks in her outrigger canoe left by a great white shark.

“I felt this, something, hit my...the bottom of my canoe, hard," she said. "Like a car had hit me, and I knew right away what it was.”

Wolfe said an expert told her it was an 11-12 foot great white shark.

On Friday, Oceanside Whale Watch posted a video on the Dana Wharf Instagram page that showed a black fin near one of the company’s fishing excursion vessels. Manager Donna Kalez told the OC Register it looked like the same shark.

Check out this #greatwhiteshark they saw down in #oceanside @oceansidewhales read the story in the @orangecountyregister about a shark in Oside stalking boats could be the same one #yikes !! #jaws

Oceanside lifeguards determined it was not necessary to issue a public warning or close the beach.

“It’s a tough situation,” said Oceanside Lifeguard Sgt. Mason Turvey. “We want people to know if there’s an imminent threat from a shark.”

Oceanside shares a shark policy with other local lifeguard agencies. They take into consideration the location of the shark, its size, its behavior, whether it bit an object, and whether the bite was ‘investigative’ or an attack. Turvey said the policy was made with significant input from shark experts.

Still, Oceanside lifeguards are prepared for disaster as crowds head to the beach for Independence Day.

They’ll have all towers staffed, most with two lifeguards. Their service trucks will be on the beach. At least one personal watercraft and a 31-foot patrol vessel will be in the water.

“This is our Black Friday,” Turvey said.