Students use profits from digital tutorials to help local hospital 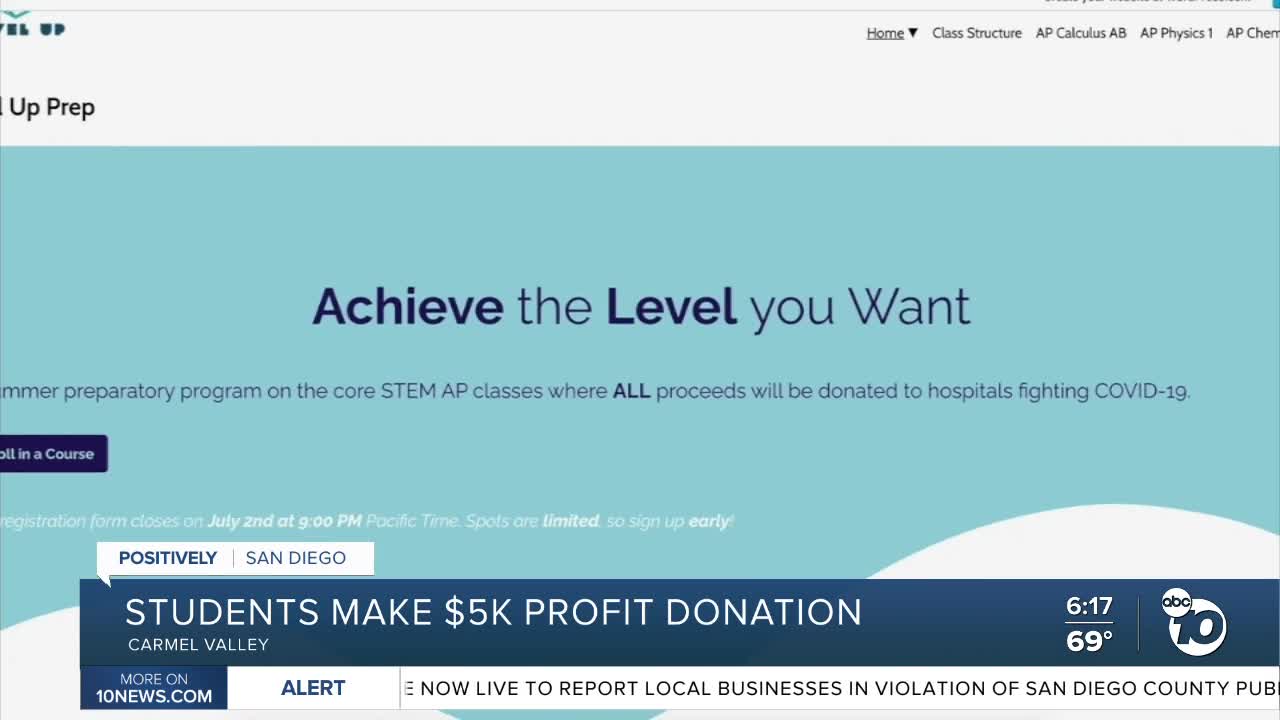 SAN DIEGO (KGTV) -- When COVID-19 forced everyone in, it also forced Canyon Crest Academy students Erika and Vivian to get creative

"When quarantine and school closures became a reality for us, I really wanted to give back to society and especially how it's been draining resources for hospitals that are on the front lines, I wanted to use my skillset to provide in any way I can," said Erika.

The duo excelled in subjects around STEM and it all started from there.

"If we're good at physics or chemistry, it's not good enough to just be good at it, you have to make use of it and make an impact with it. Since we're still students the best way to do it was to help other students reach their potential as well," said Vivian.

So the two got busy and in July, they rolled out Level Up Academy, a six-week online course with an in-depth stem curriculum. They even included presentations, slides and assignments.

"I reached out to underclassmen in various clubs who spread it to their friends, then spread it to parents' coworkers." By the time their program started, 30 students were signed up. The fee was a donation made to their page on Rady Children's Hospital's website, all for COVID-19 efforts.

"We thought this was a really transparent way to show students and parents that we were actually donating because before we thought about donating to other hospitals but it didn't have this public page. Parents and students would just have to trust us we were donating profits there."

They raised over $5,000 in donations. Their course ended in August and school's back in session but they said hopefully another group will take over their program for another set of students next summer.

"I just think its so great how a simple idea I had in March, and uniting people together made an impact."