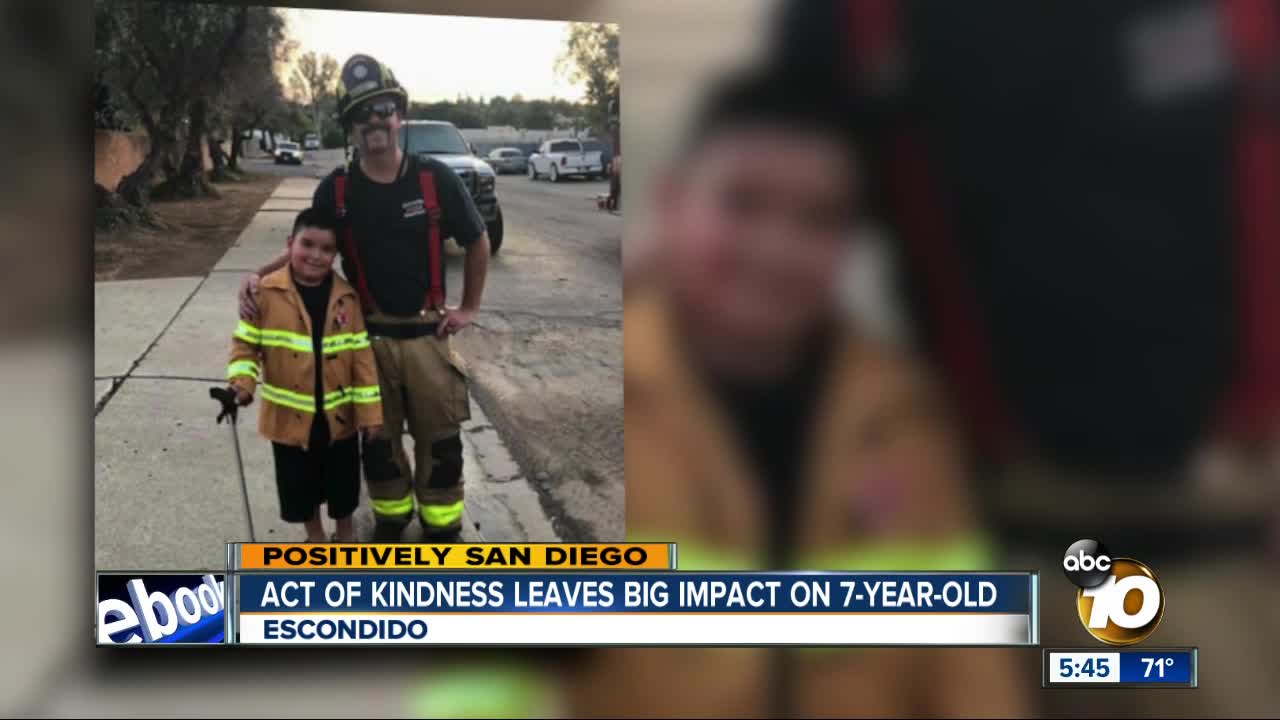 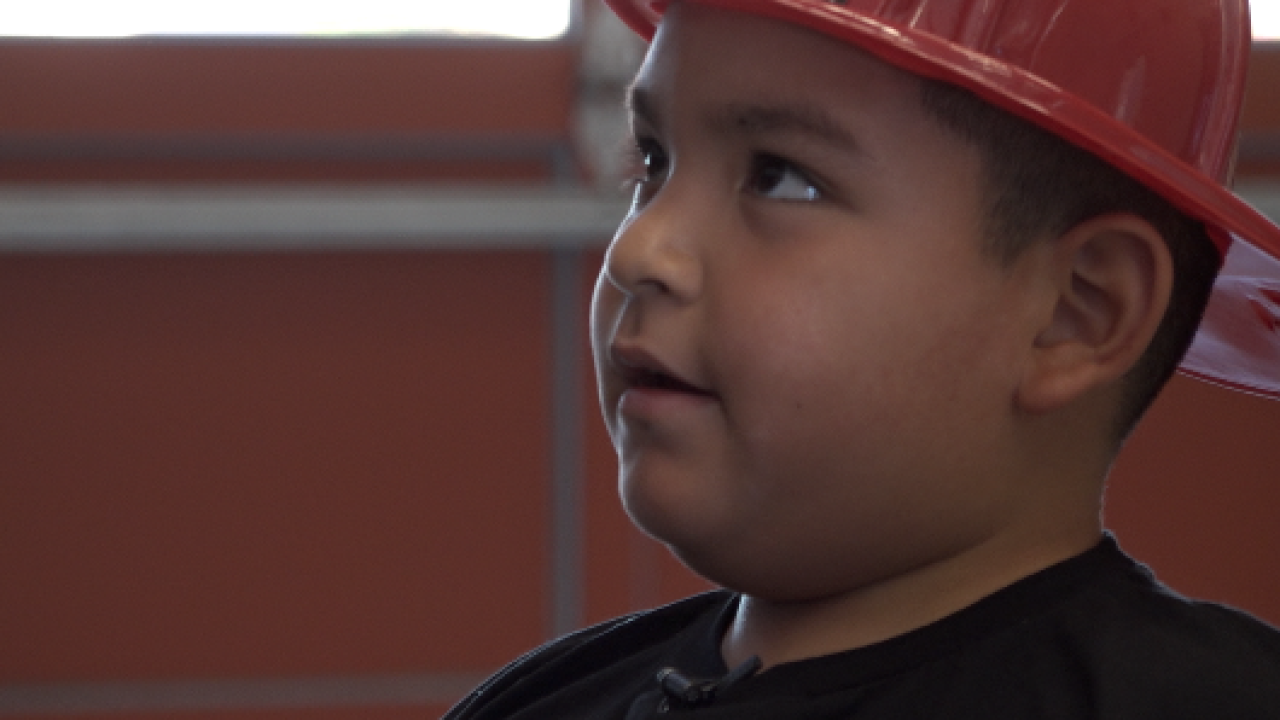 SAN DIEGO (KGTV) - An Escondido firefighter is being praised for a small act of kindness that impacted a 7-year-old in a big way.

Last week the department was responding to palm trees on fire. That's when Craig Domingue, a fire engineer, noticed Eli walking with his mom.

"We happened to be walking and spotted the fire truck. Eli kind of, his anxiety was kicking in," said Eli's mom, Monica Zamora.

Eli is on the autism spectrum; loud noises and first responders give him anxiety.

"I just went up to him and introduced myself and talked to him like I would talk to any person, and it was a really neat interaction," said Domingue.

Domingue says he was able to recognize Eli was on the spectrum because his 10-year-old son is too. He was able to calm Eli down and thanked him for picking up trash.

"Eli at the time was out picking up trash, which is so neat that he's here doing something good for our community, just like all the other firefighters that are here doing good for the community," said Domingue.

"We do go pick up trash a lot, but it's not often people acknowledge him and thank him for what he's doing," said Zamora.

Many have since messaged Zamora, thanking Eli for all he does in the community.