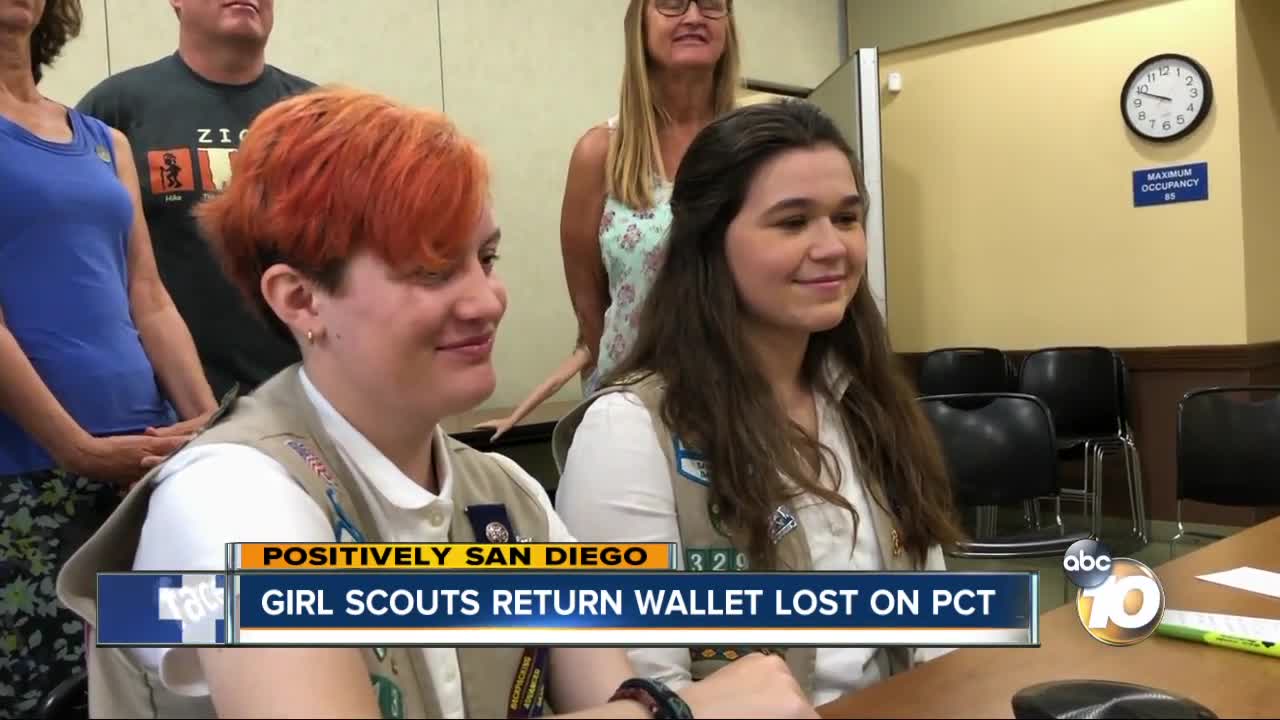 SAN DIEGO (KGTV) - Two San Diego Girl Scouts worked to find the owner of a wallet that they found while on a hiking trip.

Scouts Isabella Catanzaro and Paige Hill were on a recent backpacking trip with their troop when they spotted Kirstine Collins’ wallet half buried in dirt. The wallet contained her passport and thousands of dollars in cash.

Collins, who is from New Zealand, said she was in hiking the Pacific Crest Trail in May when a storm hit and snow fell, causing her to lose the wallet.

After finding the wallet, Isabella and Paige set out to track Collins down. They were able to reach Collins, with help from the New Zealand Consulate, as she was hiking the Pacific Crest Trail in Oregon.

The girls mailed Collins her belongings, and they were able to meet via Skype days later.

Collins thanked the girls for their honesty and efforts to find her. When Isabella and Paige told her about the Scouts’ backpacking program, Collins was so inspired that she donated $1,000.

Isabella said of the experience: “As Girls Scouts, we’re supposed to make the world a better place.”