San Diego amputee war veteran on a path to inspire 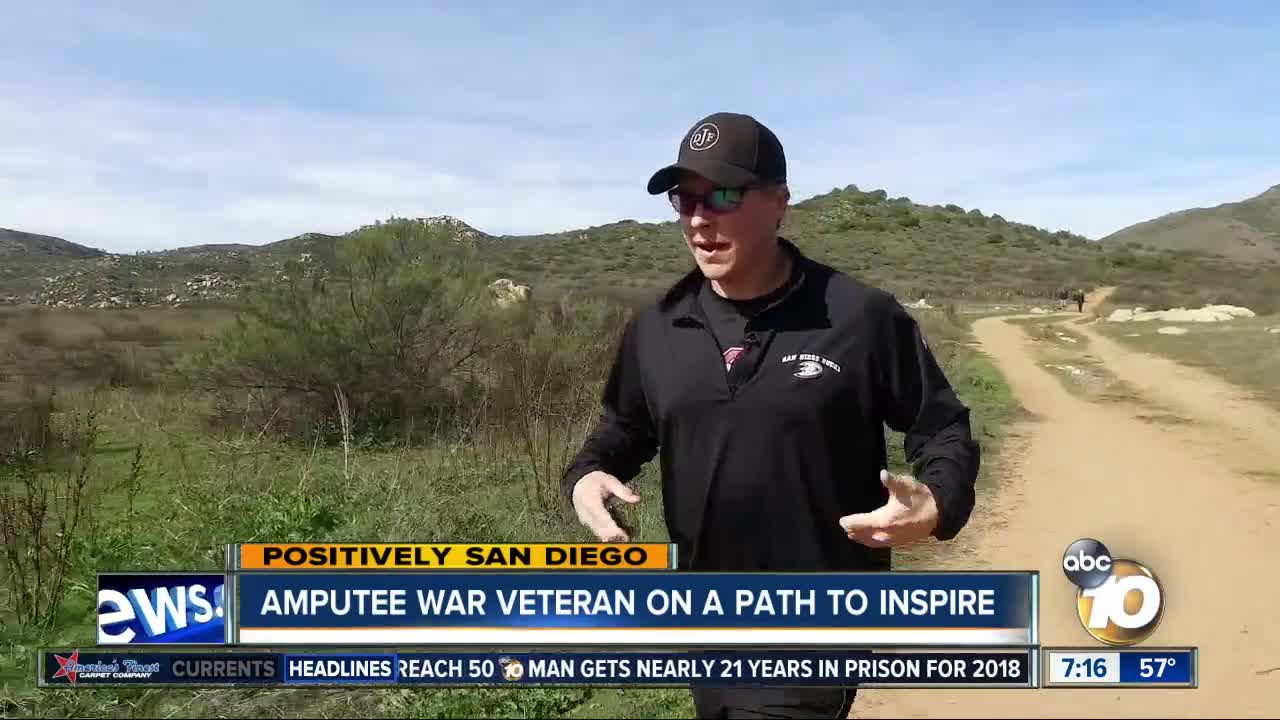 An amputee war veteran is on a path to inspire. 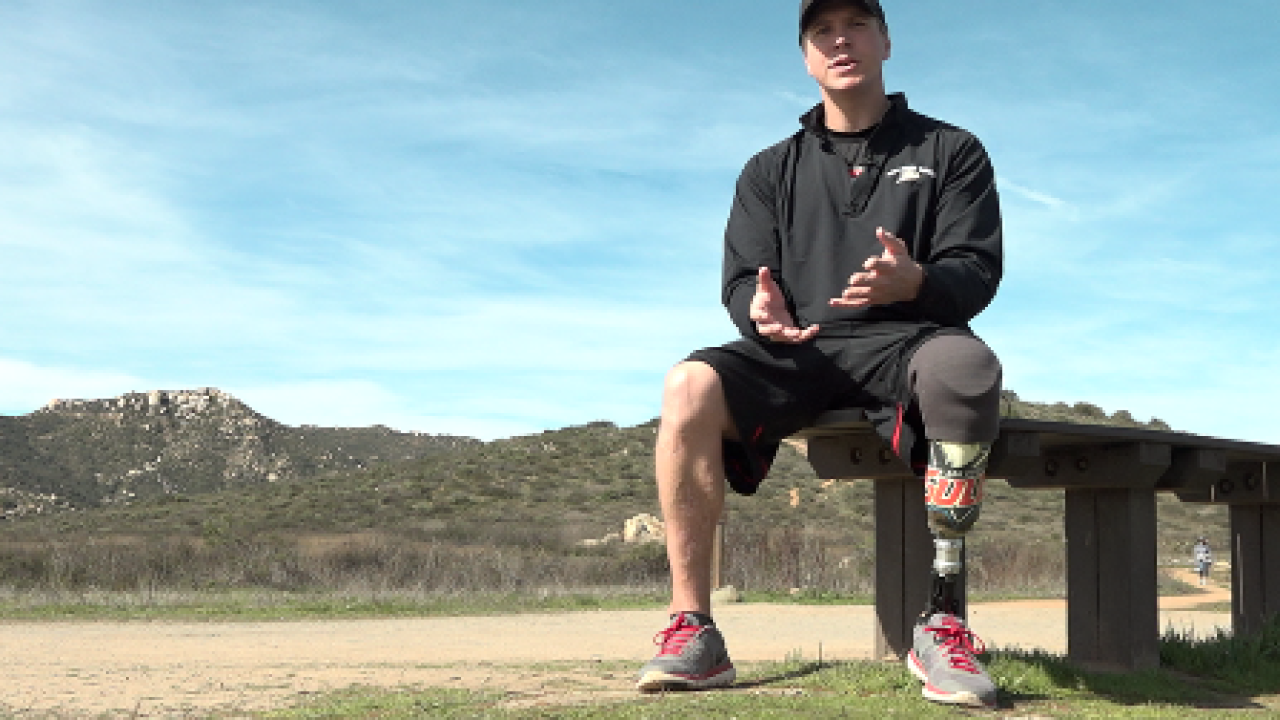 SAN DIEGO (KGTV) - After losing his leg in Iraq, a San Diego veteran is accomplishing more at age 34 than most do in a lifetime.

"I love being active because of that inspiration it gives other people. I know a lot of people, especially new amputees, that I come across, they think that their time is up," said Doc Jacobs, a medically retired Navy Corpsman.

Doc was only 18 months into his service when his platoon endured an IED explosion.

He underwent 78 surgeries, losing his left leg (below the knee), three toes from his right foot, and three partial fingers from his left hand.

But he wasn't done serving his country.

"It's so life-altering, but it's not life-ending," Doc said.

Doc ultimately made US Naval and Marine Corps history after becoming the first amputee Corpsman assigned to an infantry unit.

"I did another six-and-a-half years overall, from detonation to discharge," Doc said.

Once medically retired, Doc continued to serve others.

He's competed in marathons supporting nonprofits and also created his own organization.

Now Doc is training to climb Mount Kilimanjaro, leading a group of over 20 people through the Waterboys organization.

He chooses paths that will have the most impact. While preparing for the brutal climb, Doc's path led to surgery number 79.

"I know I've given so much, a leg, three toes, three partial fingers, cartilage, why not?," Doc asked.

Why not, he says, a kidney.

"On November 5th, I donated a kidney to a random person. I did it to help a mutual friend move up on the donor waiting list."

The surgery was through UC San Diego Health.

Doc wasn't a match for his friend, but he was a perfect match for a stranger - whose life he saved. "God gave me two for a reason. Why not share one," Doc said.

It's a decision he hopes will inspire people in a whole new way, encouraging others to save lives through organ donation.

"Once you're gone from this earth, why not leave one last, lasting legacy for your loved ones and your friends to see," Doc said.

Doc says he's now considering a liver donation and is also working on a book to encourage others facing challenges.