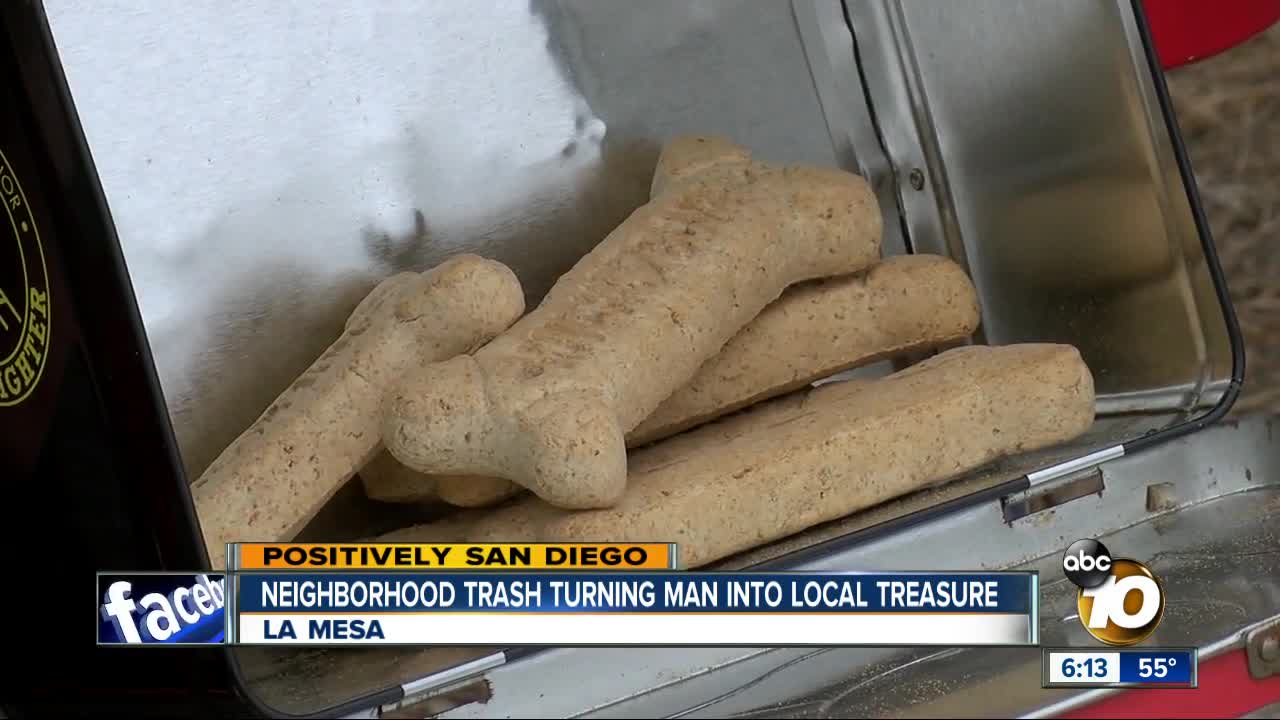 SAN DIEGO (KGTV) - Michael Sprouse has kept up a weekly routine for 30 years now in his La Mesa neighborhood.

“For years, none of the neighbors knew it was Michael," said his sister Vickie.

Like clockwork every Wednesday he goes up and down the block bringing neighbor's trash cans to the curb for Thursday's trash day.

Once trash is collected Michael goes back out in the neighborhood, putting the cans back exactly as they were.

“My brother Michael is probably the most kind, genuine, honest person I’ve met," said Vickie. “He loves it. Just because he’s helping.”

She says trash day is just one part of his routine.

“He also will come and tell me if someone left their garage open or gate open, he sees all that, he’s watching."

Michael also watches homes for people while they're on vacation and gives milk bones to the neighborhood dogs.

“Michael sees only the good in the world," says Vickie.

When he's not watching the neighborhood Michael visits fire stations across the county, his favorite being La Mesa where he is an honorary firefighter.

Vickie says first responders are his heroes in more ways than one. Last year Michael's heart stopped and paramedics revived him.

“I always thought Michael needed me, but in the last five years I found that I need him just as much as he needs me, maybe more," said Vickie.

With all the negativity in the world, Vickie hopes Michael's good heart will rub off on others.

“If everyone in this world had even 10 percent of what Michael has in his heart, it would be such a better world.”

Because his good deeds are not done for recognition, but rather because they’re the right thing to do.