La Mesa woman honors mother, who always gave back, by donating to Meals on Wheels 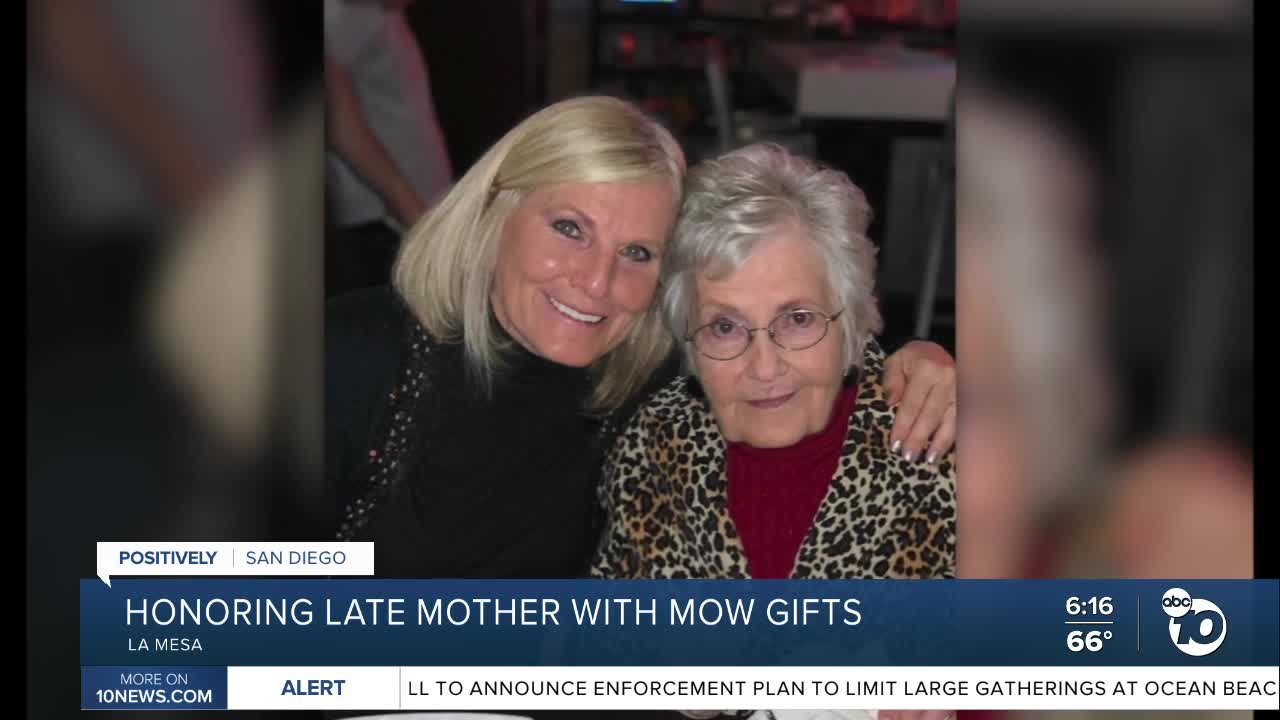 Linda Anderson wanted to honor her late mother in a way that would make her smile, even from above.

LA MESA, Calif. (KGTV) -- "As young as I can remember my mom always helped out less fortunate people in the community, I remember delivering boxes of frozen hamburgers and roasts and things like that."

Giving back are two simple words but for Linda Anderson, those words bring her back to childhood, and the memory of her late mother.

"We had a neighbor that was elderly and my mom would cook them meals and bring them over there, and she always had some little old lady in town that she would bring to their doctor's appointments. She'd bring them food, take them grocery shopping and clean their house," Linda recalled.

But as Linda's mother got older, she was no longer on the giving, but on the receiving end. She received food and other essentials from Meals on Wheels, a nationwide organization that helped seniors living along, who are trying to do things on their own.

"They really made a big difference between her able to live at home independently, than being placed in a care facility," said Erica Peterson, Linda's friend.

When Linda's mother passed, they wanted to honor her in a way that would make her smile, even from above. They created over a thousand gift bags with toiletries, office supplies and other goodies thanks to donations that were made in her honor.

"I think it'd mean a lot to her, I think it'd make her feel very loved and appreciated," said Linda. She added they were helping an organization that helped others, just like her mother did.

"They really need a lot of help especially during pandemic. They've had a lot of issues and they haven't seen a lot of donations they regularly have. I hope it puts a smile on their face. I know when my mom got a visitor and got a gift it always put a smile on her face. I think that's what we're trying to do, pay it forward and put a little bright spot in someones life."