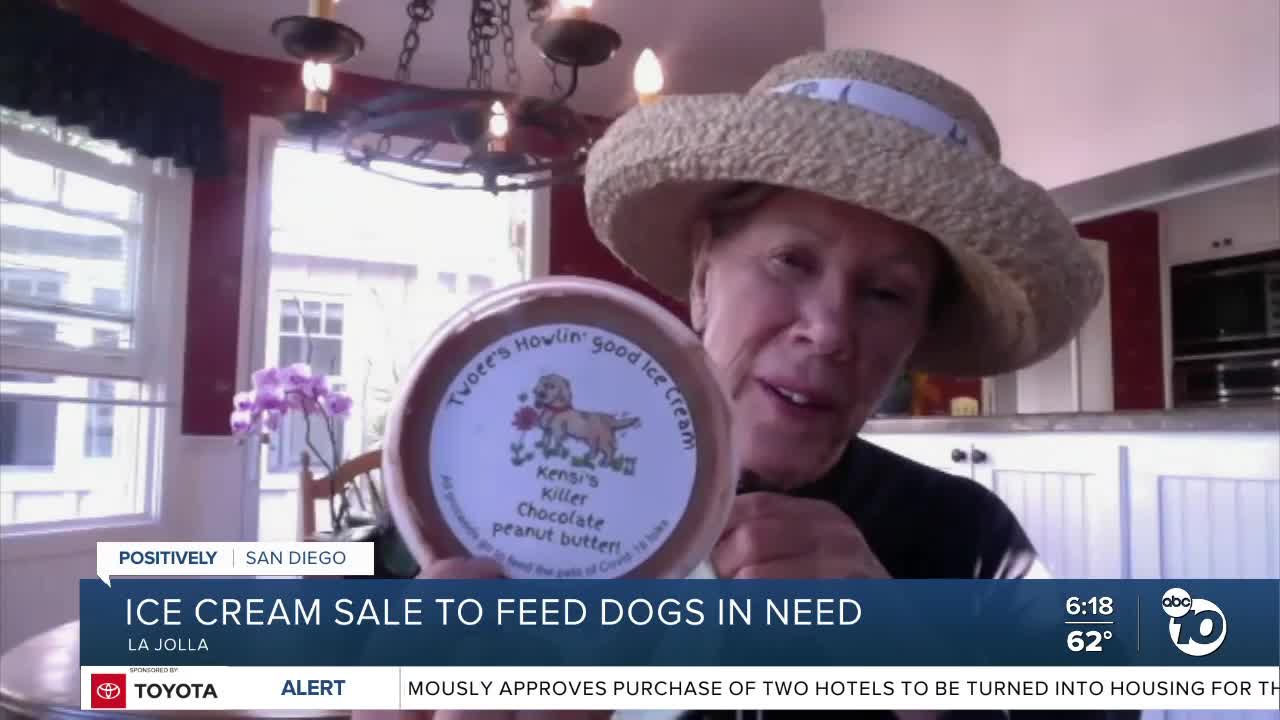 Mixing her love for dogs and ice cream is how one La Jolla woman gave back to furry friends in need, in the middle of a pandemic.

SAN DIEGO (KGTV) -- It all started when La Jolla Shores resident, Penne Horn, had a birthday coming up.

"It started as a joke. My son asked what I wanted for my birthday and without any thought the words flew out of my mouth 'I want an ice cream maker,'" Horn said.

The rest you could say is history.

Since the day she received her wishlist item, she like many of us, spent time indoors with her new addition.

"I started making ice cream. I just had too much of it and thought there's gotta be something I can do with this," Horn described.

So she began to give it away to neighbors. It was so good that nearby residents with a sweet tooth wanted more and insisted on paying her, when a light a bulb went off.

"I was hearing stories of families who got dogs in beginning of COVID, then lost their job and couldn't feed family let alone their dogs. I thought I will make the ice cream and ask people for donations. They'll donate and I'll buy dog food, and take it down to St. James church where they'll distribute it."

Then new ideas kept getting added to the mix.

"One lady came to me and said I'll donate whatever if you make an ice cream named after my dog."

Then, Twoee's Howling Good Ice Cream was born, named after her own sweet furry companion.

"I draw all these different characters of dogs and name the ice cream after their dog."

Horn's a former member of the Scripps and Humane Society boards, and she's always given back to the community.

This time around, her community service was something new, a bit more sweet and born out of a pandemic.

"There's a little silver lining if you look for it, I never would've started this if it hadn't been for the pandemic. There's good in everything."