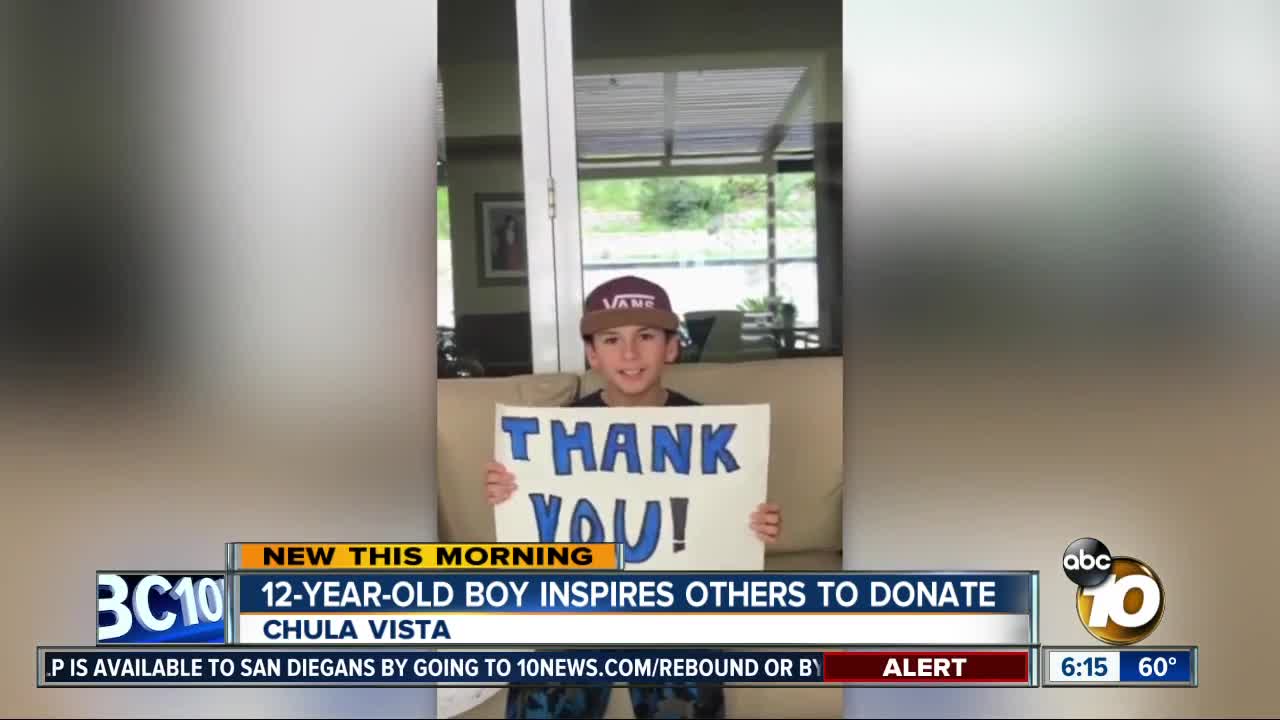 After he sold stress balls with a friend at Chula Vista Elementary, Angel made over $100, an amount that would soon go straight to helping those in need.

"Seeing all the family without money to get enough to drinks or food especially in this time of need, that's one big reason why I donated," Angel added.

The Chula Vista non-profit knew Angel's story would inspire others to give so they asked the community to match Angel's donation, the response was overwhelming.

"A lot of people added a zero to it so he made it a recurring monthly donation. They really took it to another step which was really nice to see," said CEO of SBCS, Kathie Lembo.

At a time kids are staying in, Kathie said Angel could've spent his money towards other things, but his compassion proved otherwise.

"There's a lot he could've done with it. I was thinking he could have bought video games because he's home a lot now, but he decided to do that [donate] and we really thought his generosity could spark others to think about this young man and what he's doing, and what could they do together."

Gloria's mom also shared her thoughts about Angel's generosity, "It's beautiful. We really hope to develop empathy in children, along with the concept and importance of giving back to the community because the community has given so much to us."