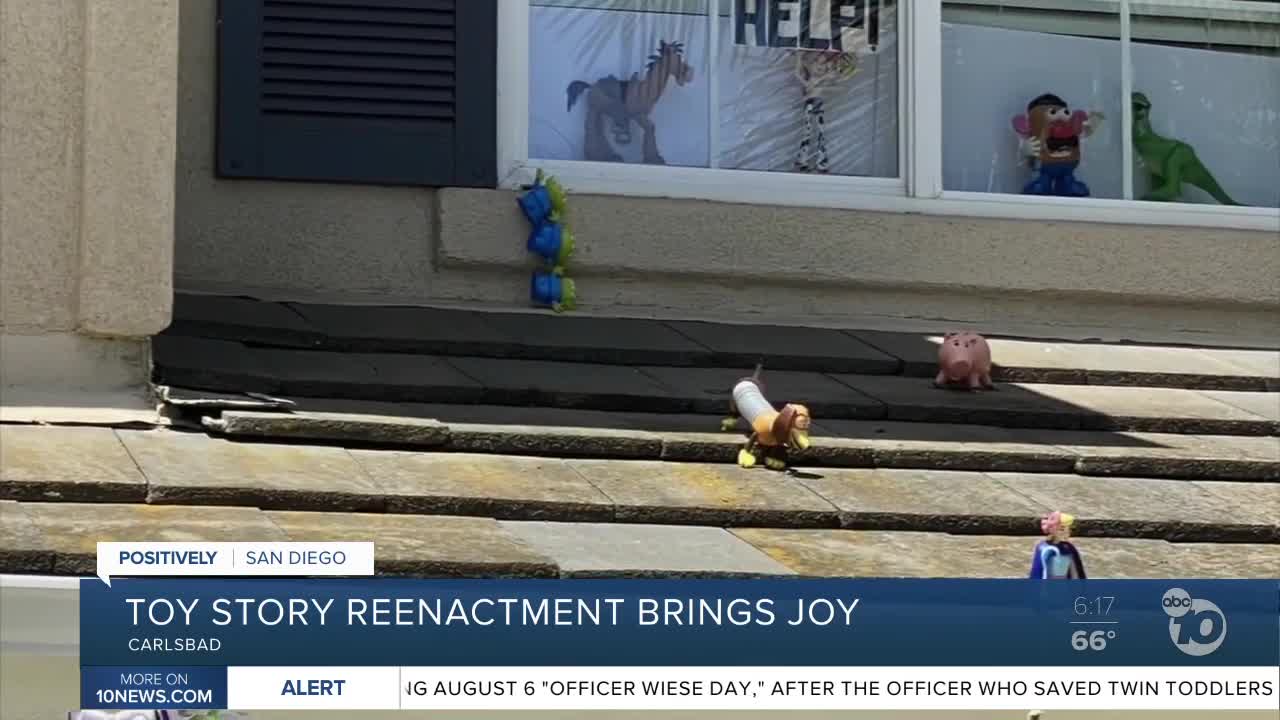 Family spreading joy with Toy Story reenactment along their home. 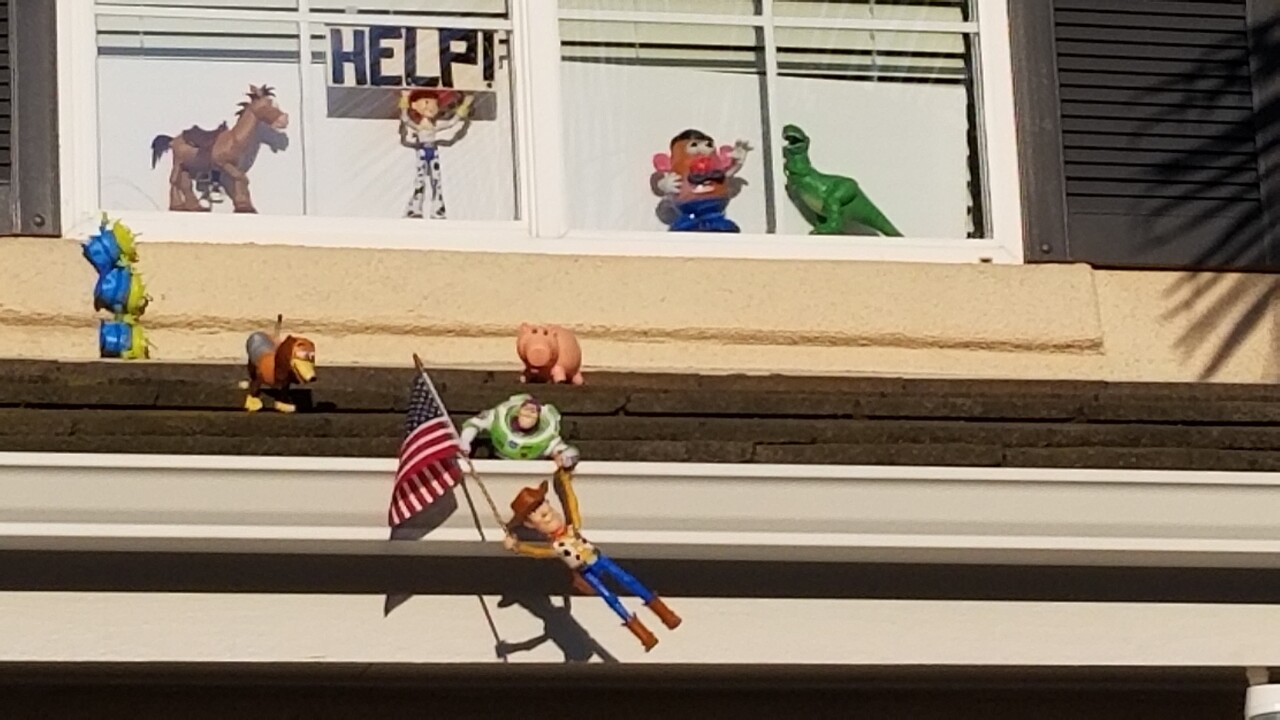 CARLSBAD, Calif. (KGTV) -- If "Toy Story" were real, it might have looked like Sue and Stephen Stewart's rooftop.

"I thought a few people would notice, but no, they now come by constantly," described Sue Stewart.

It all started when Sue and her husband Stephen wanted to bring smiles and joy to their neighborhood amid COVID-19, while they worked from home.

"He saw something on the internet similar and he thought this is what I'm gonna do. He ordered all of them and then we had to figure out 'How am I going to get them up on the roof?'"

Little did they know their small investment would equal something big.

"I went to get the mail and these people go, 'That is the best thing ever.' You have no idea what an impact he's making. He's making people smile," Sue said about her husband's work.

Kids weren't the only ones eager to get a glimpse of their favorite characters.

Every other week was a different scene and sometimes, someone new.

"We didn't have the aliens so we got the aliens and moved them one time. We moved the position of Buzz and Woody and got Little Bo-Peep in," Sue described.

They moved the figurines safely with fishing line.

Sue said they chose Toy Story because of it's message that we're all in this together.