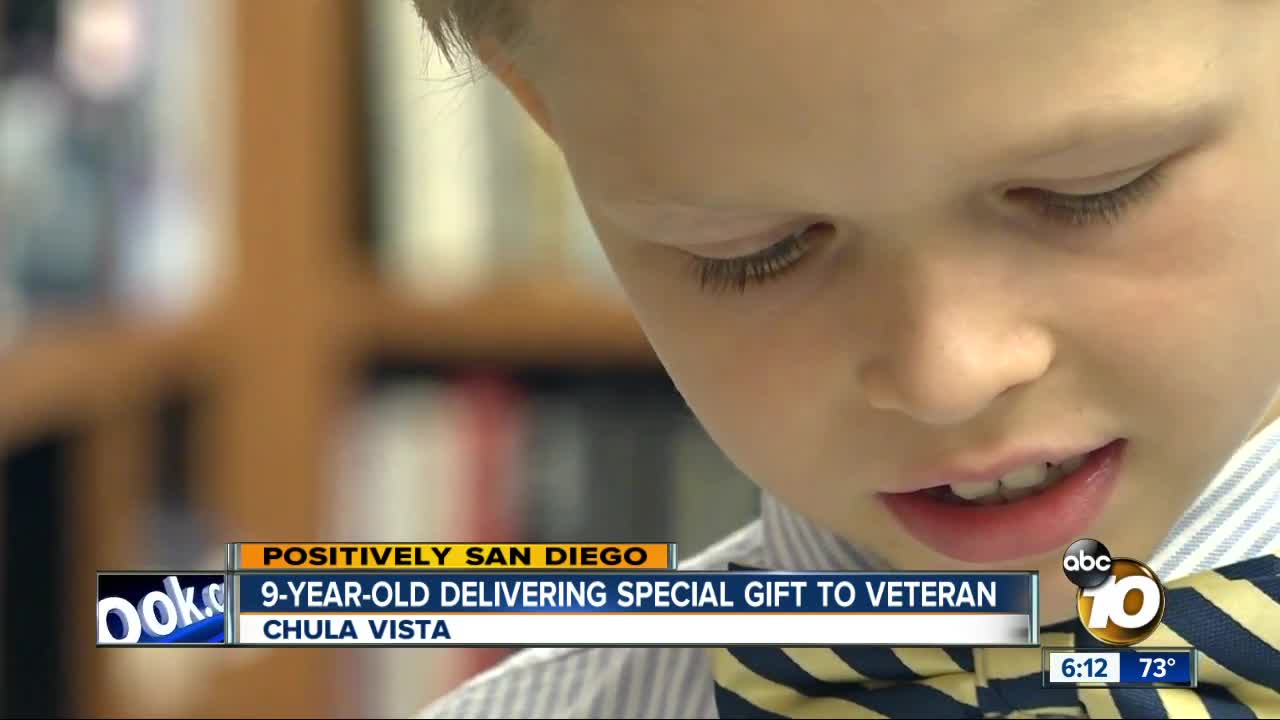 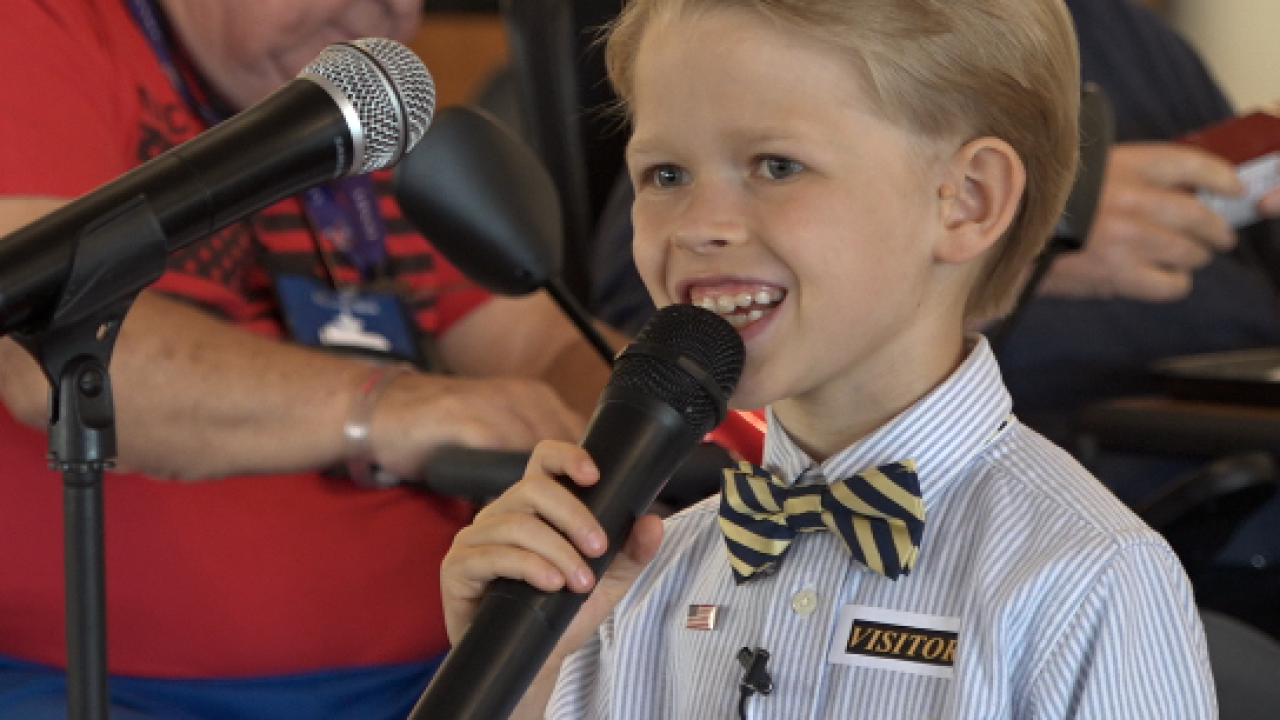 AN DIEGO (KGTV) - Generations apart, a 9-year-old is hoping to give a San Diego WWII veteran the 100th birthday of a lifetime.

An aspiring journalist and U.S. President, 9-year-old Arthur Brook has been spending much of his time in recent months interviewing WWII veterans to preserve their stories.

"I was beginning to think how good it would be to save their stories while they're still here. There aren't that many of them," said Brook.

Along with his dad and sister Sofia, Arthur visits the Veterans Home of California, Chula Vista, to conduct interviews.

"Well, most of them have never been interviewed before, never in their whole lives!" said Arthur.

Arthur posts his interviews on his YouTube channel, Kids Discovering.

When Arthur learned one of the residents, Edwin Schwimmer, would be turning 100 in September, he wanted to do something special for him.

He's requesting birthday cards for Schwimmer and only has one rule:

"No E-cards are allowed! Only the regular type made out of paper!"

Arthur hopes to deliver the cards this Sunday, Sept. 1.

Cards can be sent to the following address: