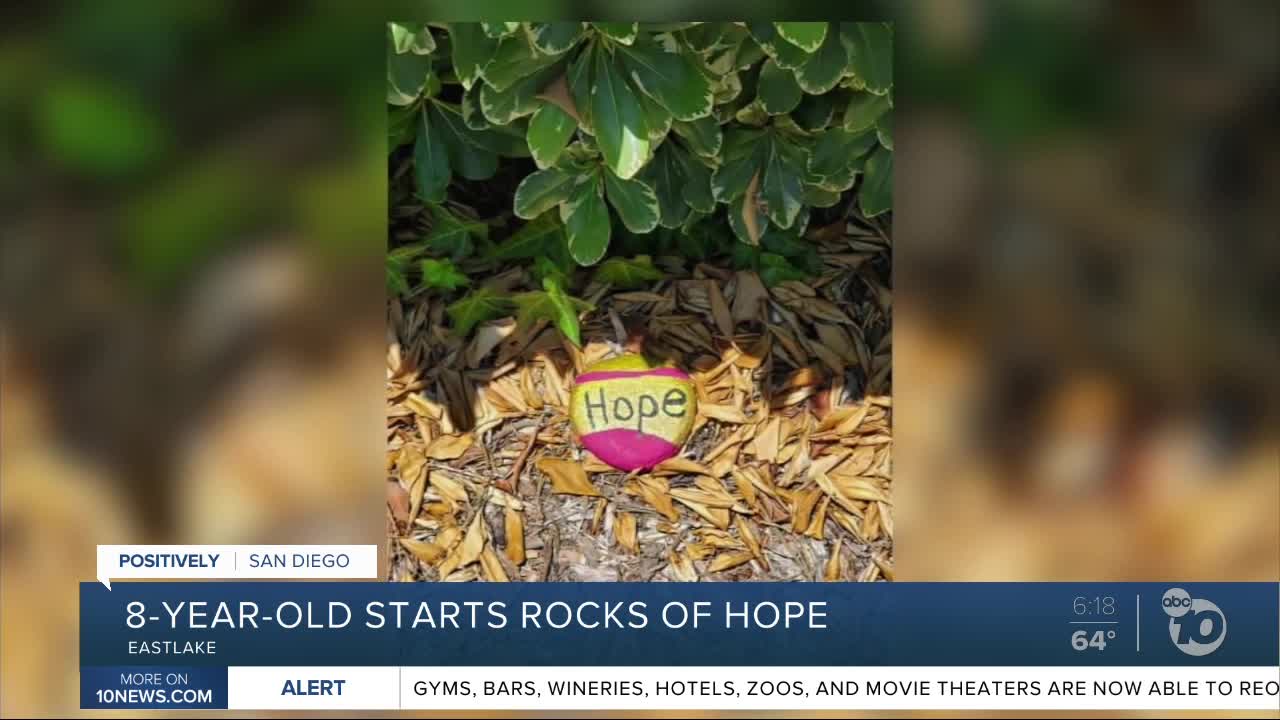 An 8-year-old girl's rocks with special messages is inspiring her Eastlake neighborhood.

CHULA VISTA, Calif. (KGTV) -- Hope, peace, unity and love are some of the simple words painted on rocks that Maria Gutierrez walked by each morning.

"I was thankful and I would look for more and more stones," Maria said.

Maria just moved to the neighborhood and was surprised to learn who was behind those painted messages.

"One day I was walking my dogs and I saw Ava carrying a couple of stones and just quietly putting one down," Maria described.

Ava is her neighbor, an 8-year-old doing her part in lifting others in difficult times.

"I’s because a lot of people aren’t happy right now. My mom and I were trying to make the people in our neighborhood happy," said Ava.

I asked Ava what works like hope meant for her and she replied, "if someone doesn’t think they can do something, there’s hope they’ll make it."

Her mom Cyndi said others neighbors have joined in their "rocks of hope" movement.

"We noticed other stones placed around the tree. It was cool because other people starting doing it as well," Cyndi said.

Maria moved to Eastlake last month and said Ava's efforts showed how helpful and hopeful her neighborhood could be.

"It made me smile and I didn't really know anybody here. It just gave me a positive feeling inside."

"Little acts like that can bring other people joy in so many different ways," said Cyndi.