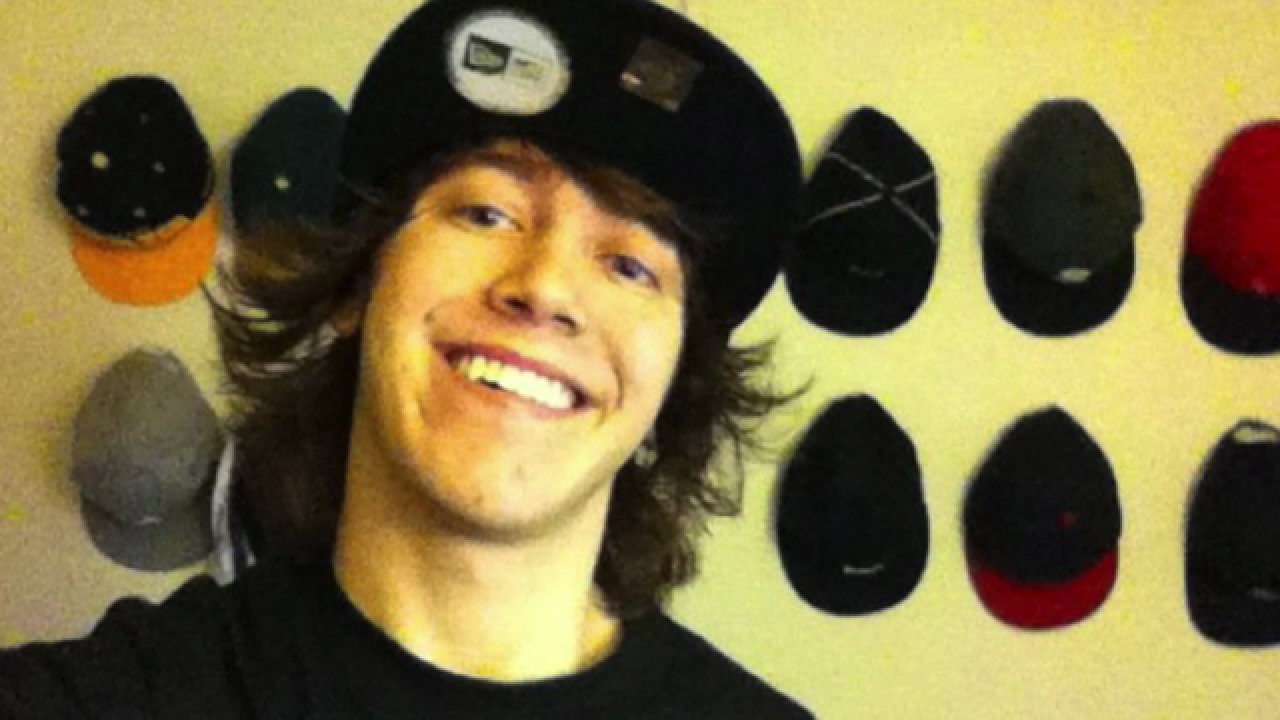 OCEAN BEACH, Calif. (KGTV)--The family of a man who died last Friday is pleading with the men involved in his death to come forward. Kevin Thomas Chilson-Moyers jumped off the Ocean Beach pier to retrieve his hat after an altercation. He drowned in the water that night.

One week later, 10News spoke exclusively to the victim's girlfriend and his mother about what happened.

Samara Malczewski says she and her boyfriend were visiting San Diego from Nevada when they decided to end their day at the Ocean Beach pier.

Malczewski says they both had some drinks with dinner and were sitting on a bench enjoying the night when a group of men walked past them.

“They said some stuff, you know, about me and made some derogatory comments," Malczewski said. "Kevin instantly 'What'd you say to my girlfriend, what’d you call her?’ There was like six guys around us and the one dude, he was a big dude, I think he like grabbed Kevin’s shirt, and he demanded an apology. And Kevin said 'You guys need to apologize to us.' They kind of just were like cursing at each other and [the man] grabbed [Kevin's] hat right off him and threw it into the ocean.”

She said the group of men then walked away, but before she knew what was happening, Chilson-Moyers was already jumping off the pier to retrieve his hat. She says it was a gift she got him for Christmas and it was his favorite hat.

“I started going in the water, and there were officers there and they pulled me out and they said I had to stay put and I’m running and I got his shoes," Malczewski said through tears. "They washed up and I was just waiting for him, you know, he always comes back. Kevin was my very best friend in the whole world.”

Victim's mom: "They played a part in him jumping into the water."

Chilson-Moyers' mom is demanding justice for her son's death. She described him as a caring person who was a good son and brother and wants someone to answer for their loss.

"Let them be liable for something," she said. "Maybe they didn't kill him but he's dead."

The victim's mother and Malczewski said she is trying to help Chilson-Moyers' family raise enough money to bring his body back to Nevada to be buried. If you would like to help, visit the GoFundMe account.

“Kevin was the most kind-hearted person you will ever come across. He took me in and he saw me struggling and he just wanted to help me get my life together," she said. "It’s not supposed to end like this," Malczewski said. "He was taking me out for a good night. And it was a really great day that we had until we walked on that pier.”

10News asked the San Diego Police Department if there would be a homicide investigation into the incident.

"There was a report taken for this incident," a spokesperson told 10News. "It is still early in the investigation so we don't have further information. Hopefully we should know more by (Tuesday) afternoon."