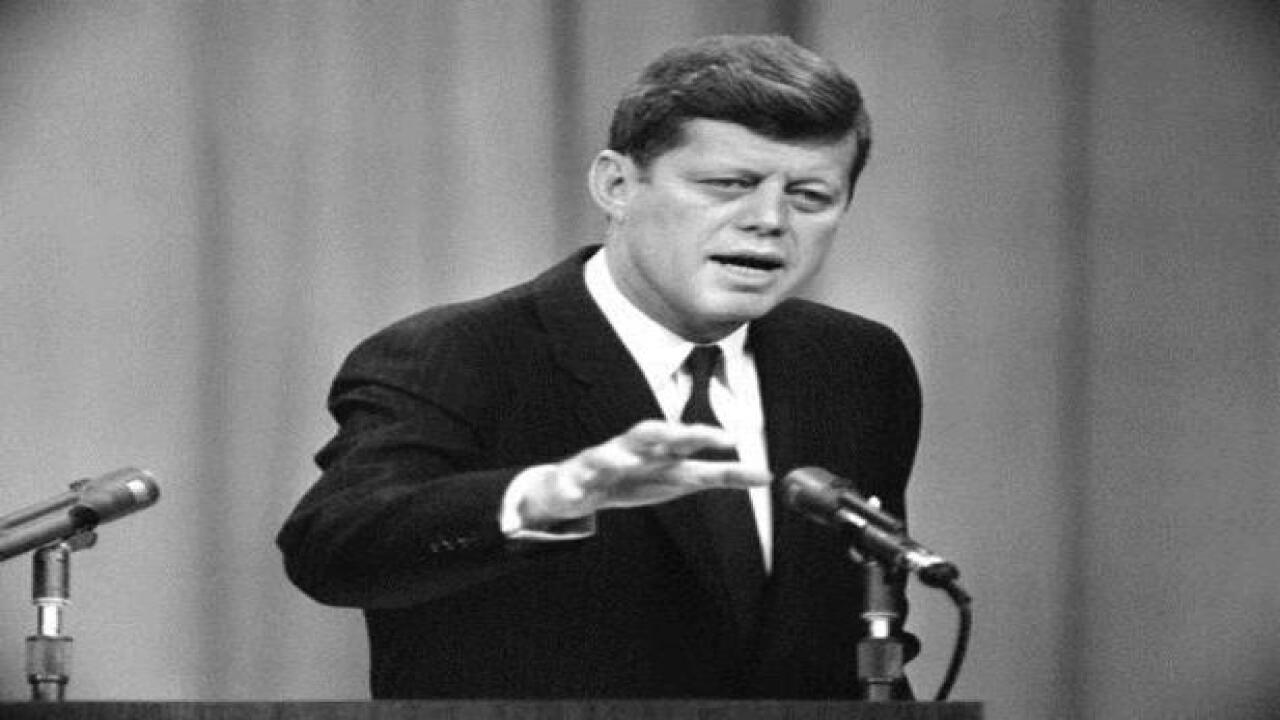 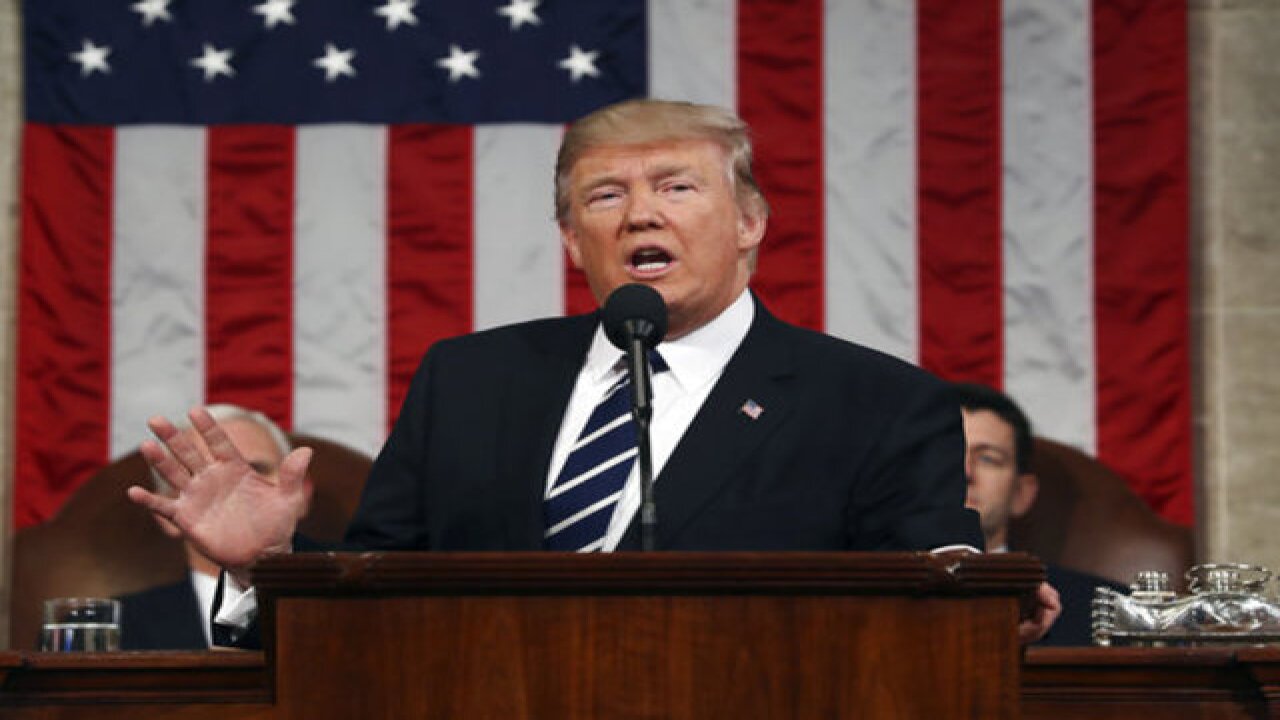 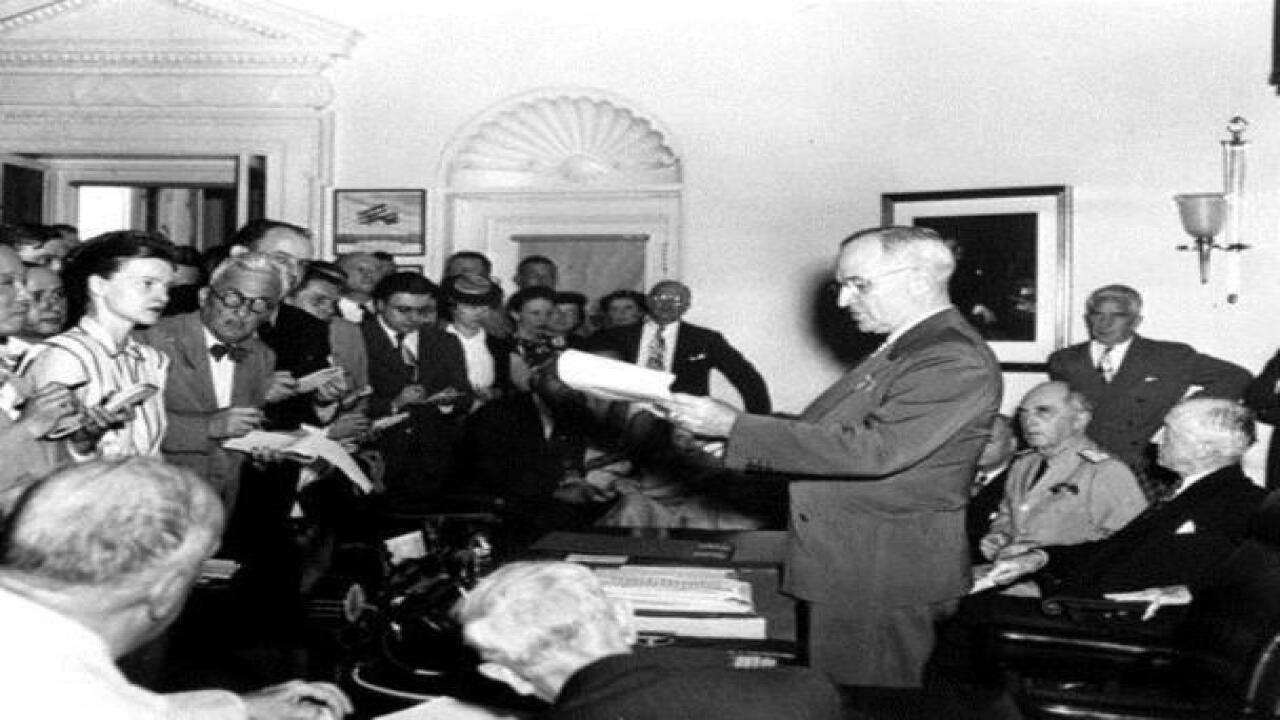 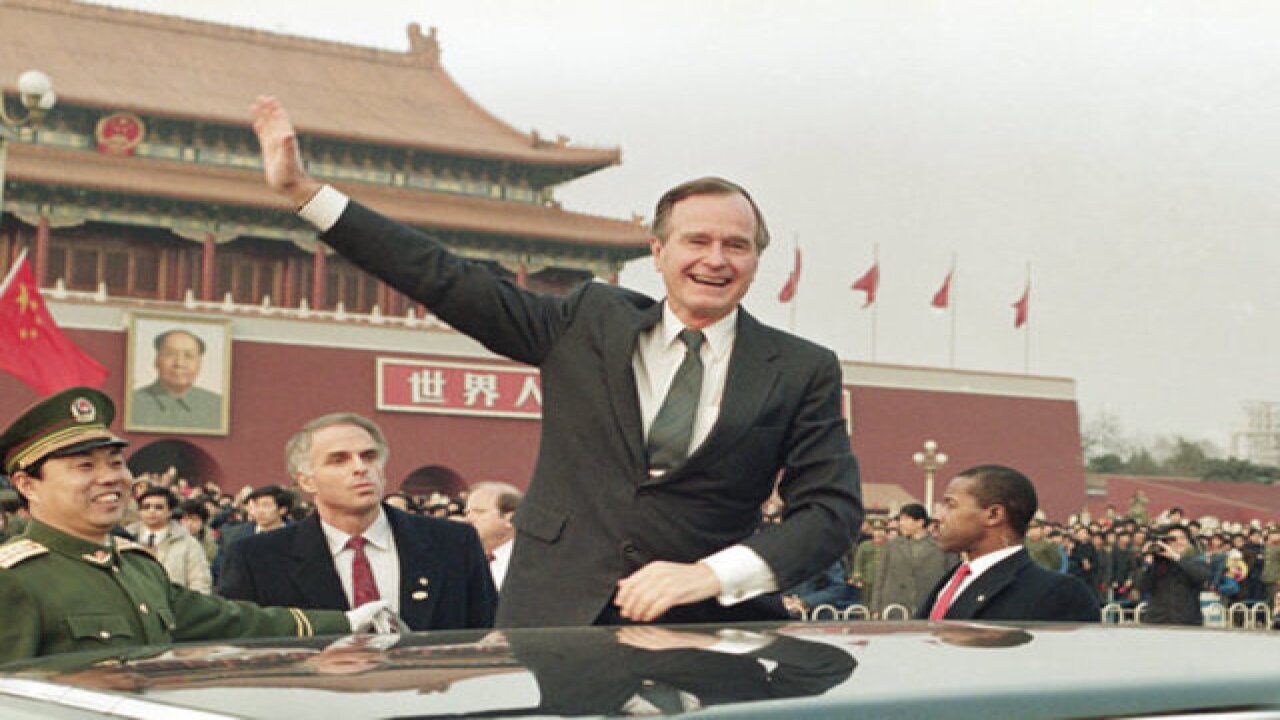 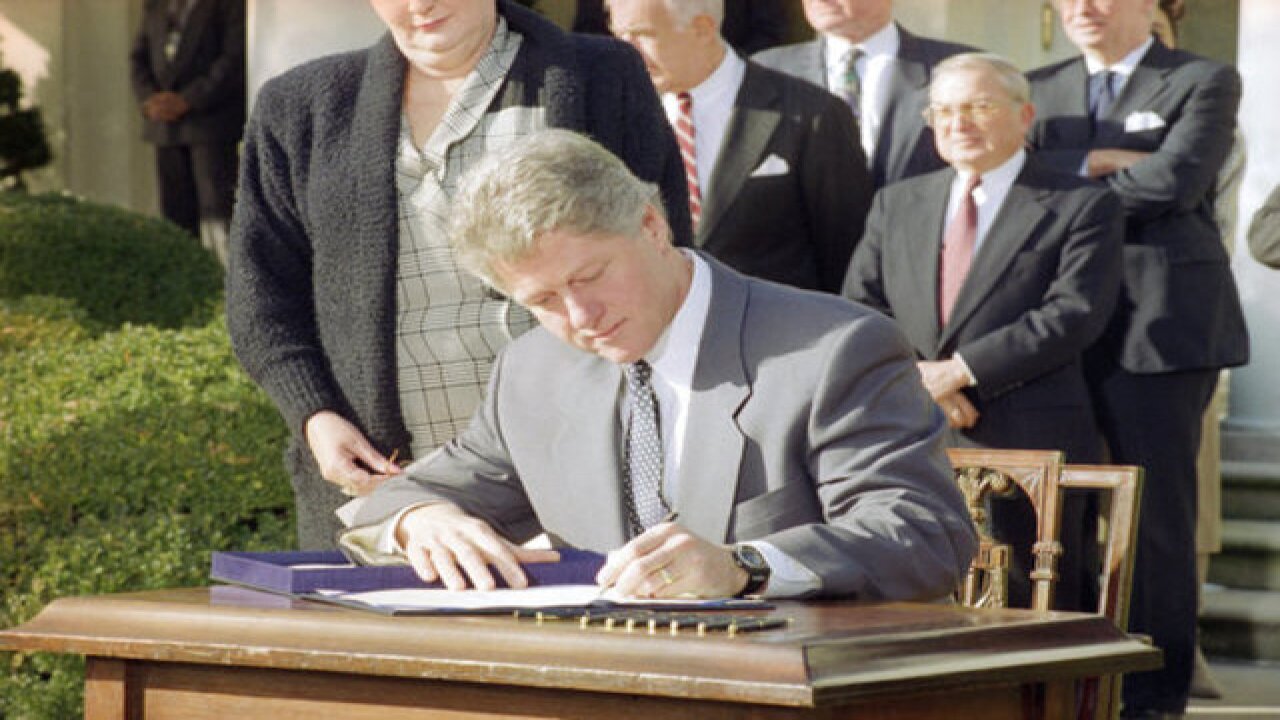 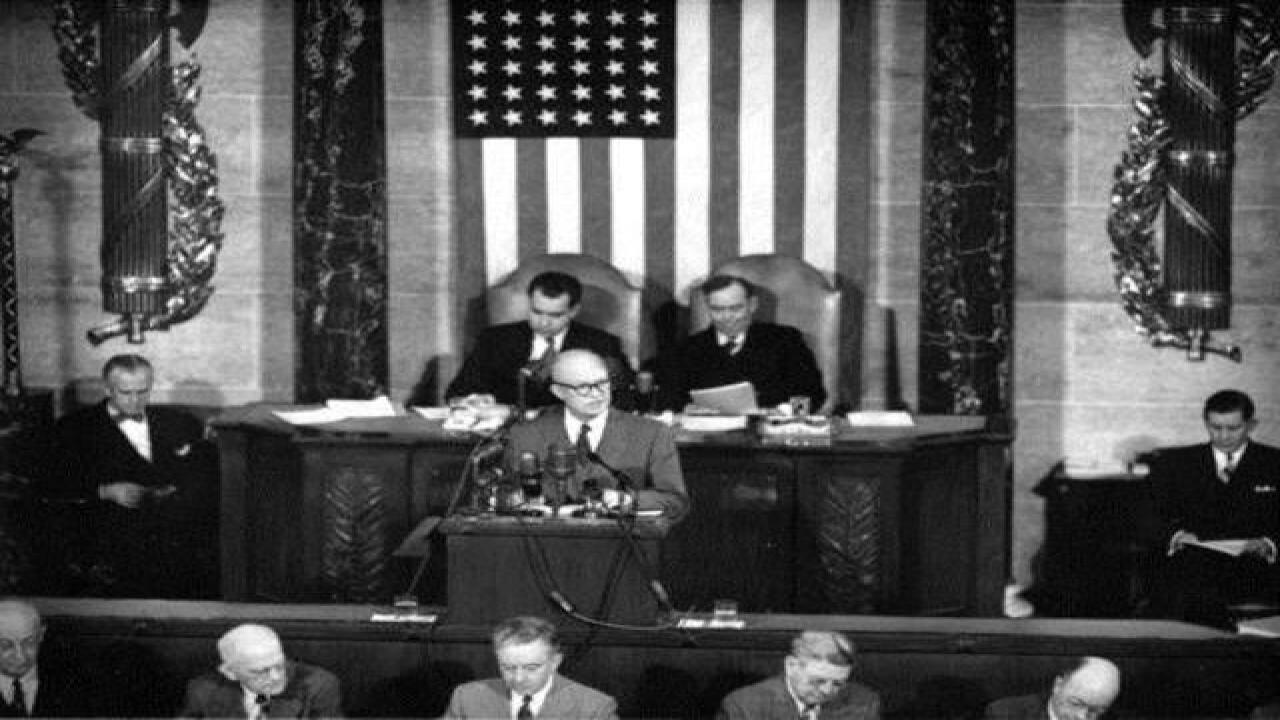 WASHINGTON (AP) — A president's first 100 days can be a tire-squealing hustle from the starting line (Franklin Roosevelt), a triumph of style over substance (Jimmy Carter), a taste of what's to come (Ronald Reagan) or an ambitious plan of action that gets rudely interrupted by world events (pick a president).

Here's a snapshot of the first 100 days for presidents back to the one who set the standard for getting big things done fast:

Roosevelt came to office in the Great Depression, with one in four workers idle, more than 80 percent of the stock market's value gone, farmers destitute, urban dwellers in breadlines, and banks failing at an alarming rate, eliminating the savings of millions. Fellow Democrats controlled the House and Senate.

FDR immediately declared a temporary national closure of banks to stop panic withdrawals, called a special session of Congress and won passage of an emergency law to stabilize the banking system.

He came forward with a flurry of legislation that set the pillars of the New Deal in place within his first 100 days, "the most concentrated period of U.S. reform in U.S. history," say Alan Brinkley and Davis Dyer in "The Reader's Companion to the American Presidency." More than a dozen sweeping laws were enacted in that time as FDR threw the public purse behind the cause of industrial recovery, agricultural renewal and public works, expanding federal powers in the process. Social Security and much more came later.

"I felt as if I had lived five lifetimes in those first days as president," Truman said of his ascension from vice president upon FDR's death, April 12, 1945, during World War II.

On May 7, Germany surrendered; Japan pressed on.

The war hero came to power without plans to overturn the status quo in domestic policy and his 100 days unfolded without much of a mark. The armistice ending the Korean War happened later that year and the domestic achievement for which he has become most known, the interstate highway system, later.

A master orator, JFK was not a high achiever in his first 100 days, a period marked by the bungled Bay of Pigs invasion of Cuba by U.S.-trained Cuban exiles and the Soviet Union's launch of the first human into outer space.

Kennedy proved more sure-footed in Cold War brinksmanship that followed, declaring a quarantine on Soviet shipping to Cuba to prevent the establishment of missile bases able to strike the U.S.  The Soviets relented in 1962, defusing a crisis that had brought the nuclear powers perilously close to war.

LBJ's priority when Kennedy's assassination in November 1963 made him president was stability, unity and security. Those goals, and efforts to pass items on JFK's agenda, dominated his early days. Johnson fiercely wheeled and dealed behind an agenda of his own as time went on. The Civil Rights Act passed in 1964 and, after he won the presidential election that year, Medicare, Medicaid and other pillars of his Great Society fell into place, even as his escalation of the Vietnam War eroded his standing with the public.

On the surface, Nixon's early months offered few clues to the foreign policy strides that would register in history or to the dark scheming that would destroy his presidency. He visited Europe for eight days in his first full month, three years before his groundbreaking visit to China. In March, he ordered a secret and sustained bombing campaign on Cambodia — its eventual revelation further drove opposition to the Vietnam War.

Nixon's main domestic initiatives were down the road, as was the Watergate scandal and related machinations against political adversaries that ultimately drove him from office under a looming impeachment.

Nixon's resignation in disgrace made Ford president on Aug. 9, when he declared "our long national nightmare is over."  A burst of relief and popularity followed but his decision a month later to pardon Nixon sank the public's estimation of him and that never recovered. Inflation was raging and the economy was worsening but he lacked the clout in Congress to achieve a quick fix. Before his 100 days were done, midterm elections handed Democrats stronger majorities in both houses of Congress.

The Democrat's first 100 days were largely about tone. Although he sent lawmakers ambitious legislation on economic stimulus, energy conservation, immigration and more, he got little of it despite Democratic control of Congress. Brinkley and Dyer write that Carter set out to demystify the presidency by ending the playing of "Hail to Chief" at his events, donning a cardigan sweater for a televised address, having his Cabinet members drive their own cars and asking Americans to recognize that "even our great nation has its recognized limits."

He got off to a fast start — but not by achieving a mountain of legislation in the first 100 days. Rather, he used his powers of persuasion with lawmakers and the public to soften the ground for the most consequential tax, spending and government-overhaul Congress had seen in decades. After more than two months in office, Reagan was shot in an assassination attempt that nearly killed him — a shocker that rallied support behind him even as he was temporarily sidelined by surgery and convalescence — and never completely recovered. Congressional approval of his sweeping plan came later that year.

His priority was to get out of Reagan's shadow. Despite only modest achievements in his first 100 days, like a bipartisan budget agreement, Bush capped the period with a six-state tour to talk about his goals and successes. Momentous times were unfolding — the Berlin Wall came down that November and the Soviet Union dissolved in December 1991, a Cold War resolution for which Reagan got the most credit in the U.S. Bush, though, unleashed a massive U.S. military effort and broad international coalition to reverse Iraq's invasion of Kuwait in August 1990.

With Congress under Democratic control, Clinton promised to put legislation in play within 100 days to overhaul health care, guaranteeing coverage for everyone. That became a drawn-out failure, ultimately collapsing in late 1994. Surrounded by figures from his days as Arkansas governor, Clinton got off to a rocky start negotiating the ways of Washington.  The Democrat's early months were dominated by controversies over his appointments; his first two choices for attorney general flopped, as did his first choice to head the Justice Department's civil rights division. His pledge to end discrimination against gays in the military drew attention away from central parts of his agenda in the early going.

But his 100 days were not without results: He won passage of a law guaranteeing 12 weeks of unpaid family leave at larger companies for child care and family illnesses.

The Republican who eked into office after the closest U.S. presidential election in history dealt with a Republican-controlled House and a Senate that was evenly divided (as if the presidential vote wasn't dramatic enough). Republicans held the tie-breaking vote in the Senate until June, when a GOP lawmaker switched to vote with Democrats.

Bush did not get much more in his 100 days than a House vote backing central elements of his big tax cuts. A dispute with China intervened over a collision between a U.S. spy plane and a Chinese fighter plane that killed the Chinese pilot and resulted in the detention of the U.S. crew.

The tax cuts came later. Then the terrorist attacks of Sept. 11, 2011, which changed everything.

Obama came to office in the worst economic crisis since the Depression and both houses of Congress in the hands of fellow Democrats. Financial institutions had been failing, the auto industry was in trouble and unemployment was on the rise, over 8 percent in February 2009 on its way to more than 10 percent before the end of the year.

Lawmakers from both parties were inclined to act quickly and did, even as they fought over the details of how to respond to the tanking economy.

Obama signed a massive stimulus package into law in his first month. He also achieved laws expanding health care for children and advancing equal pay for women in his first 100 days, leaving the epic struggle over "Obamacare" for later in the year and 2010.

Of 10 major pieces of legislation Trump promised to put in play in his first 100 days, none was achieved and only one made it formally to Congress — the failed first effort to replace his predecessor's health law. The contours of another, a big package of tax cuts, were announced this week. The confirmation of Neil Gorsuch to the Supreme Court stood as his biggest achievement with fellow Republicans in control of Congress.

Trump moved aggressively with promised executive orders, most of which have limited effect, and courts blocked a key pledge to freeze entry to the U.S. of people from certain Muslim-majority countries.