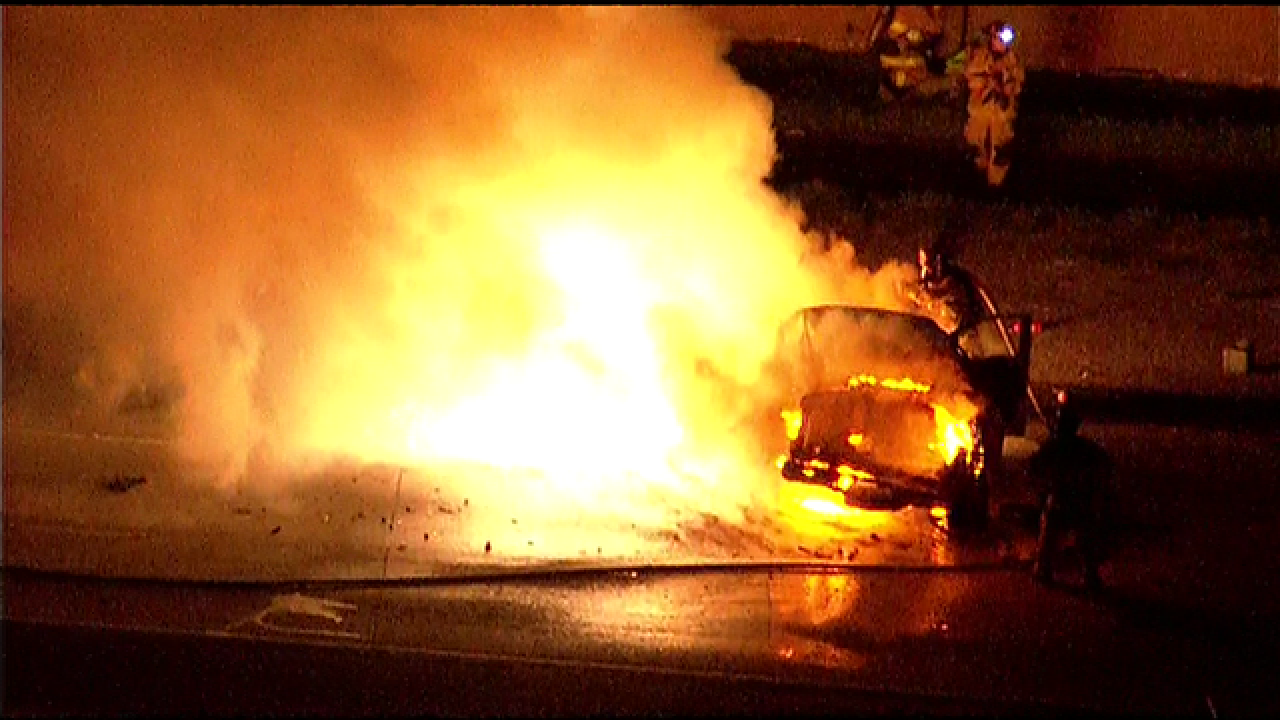 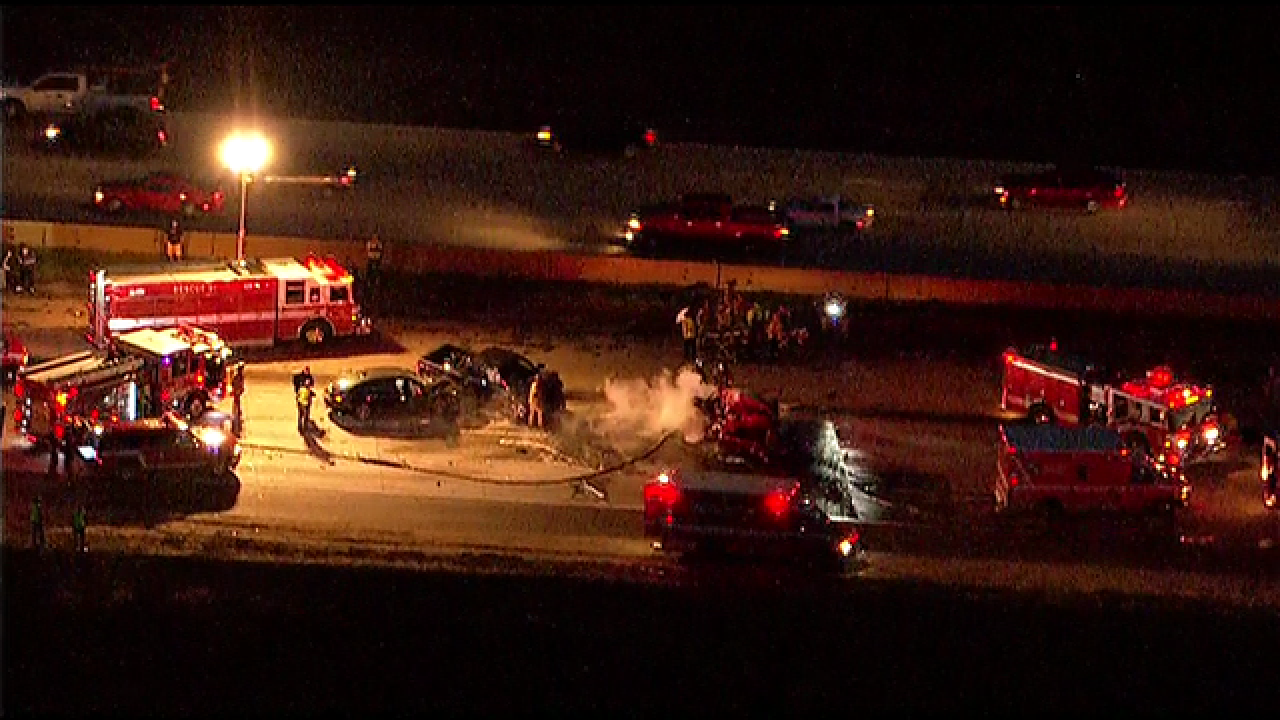 SAN DIEGO - A fiery pileup involving at least four vehicles on state Route 52 in Tierrasanta left three people injured, one severely, and temporarily closed half the freeway in the area.

The series of collisions began about 5:45 a.m. on eastbound SR-52 near Santo Road, when an eastbound Ford F-150 crashed into the back of a big rig, spun out and came to rest sideways across the roadway, according to the California Highway Patrol.

Witnesses pulled over and helped the driver of the Ford pickup get out shortly before it became engulfed in flames. Medics took that motorist to a trauma center for treatment of serious injuries. Two other drivers were transported to a hospital with minor injuries, Contreras said.

The accident left all eastbound SR-52 lanes in the area blocked until about 7:15 a.m., when one was reopened. A congestion alert for the vicinity remained in effect until shortly after 8 a.m.