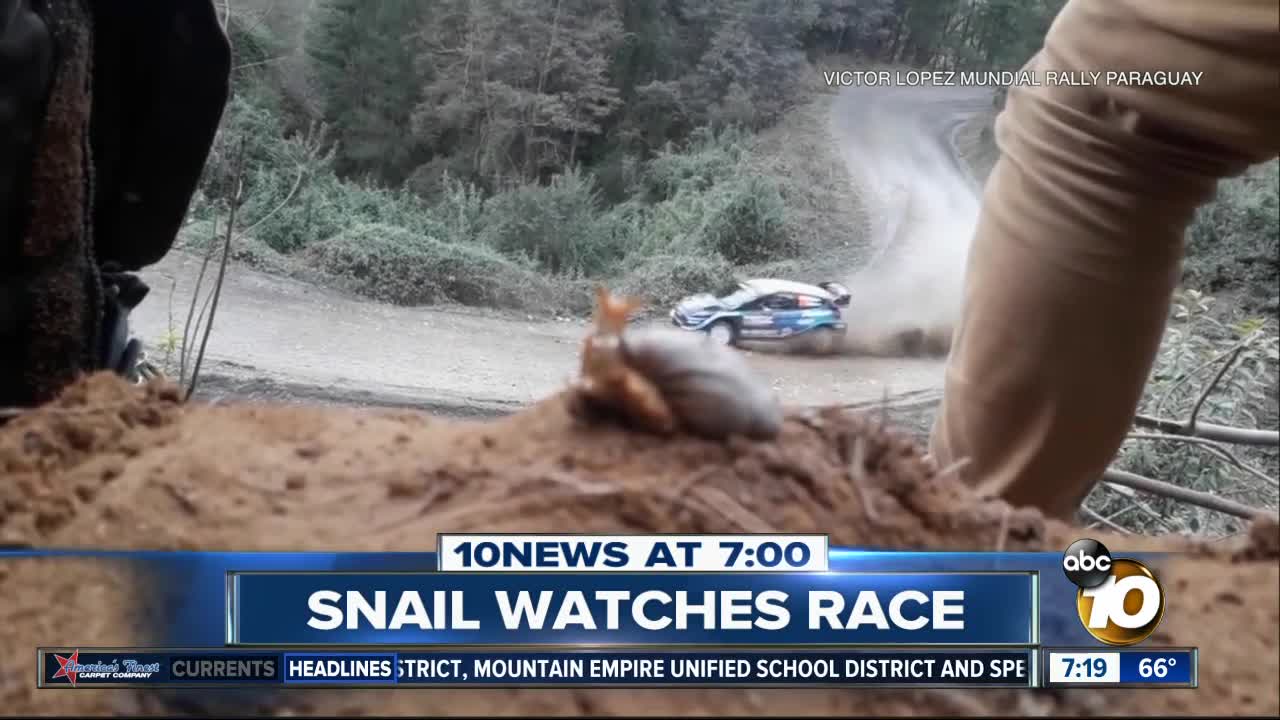 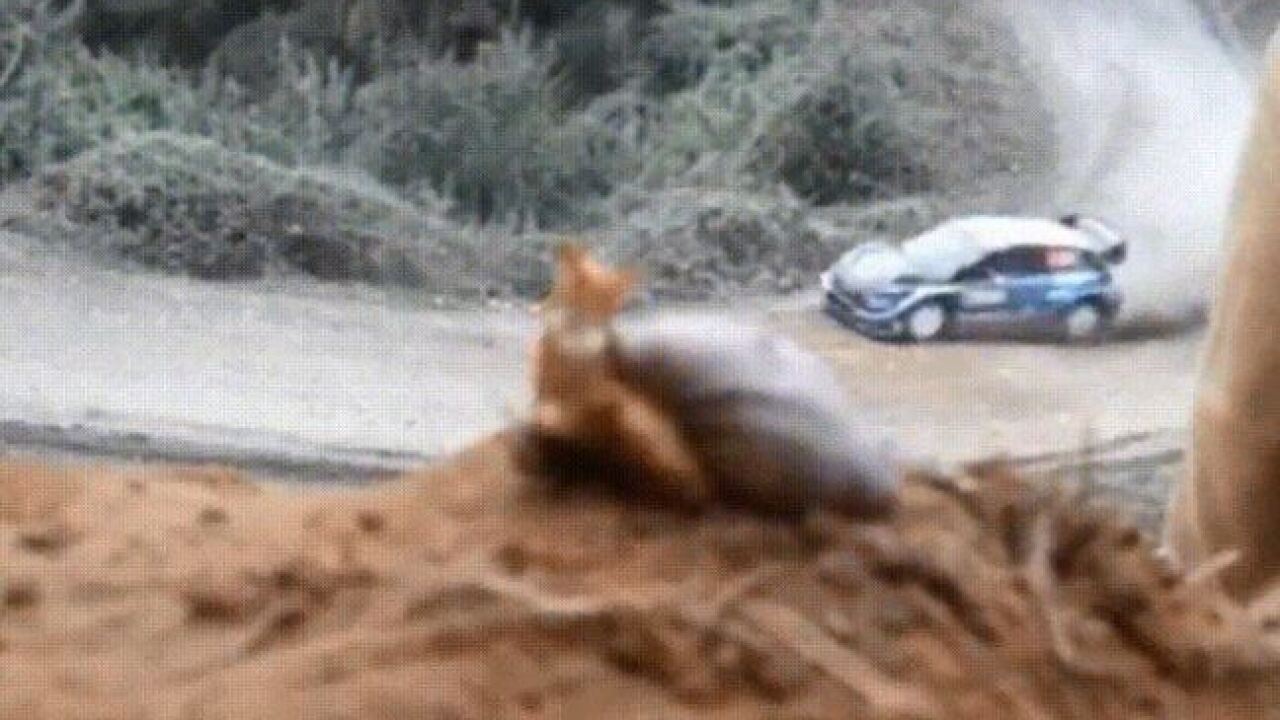 (KGTV) - Does a video really show a snail closely following a car as it speeds around a corner in a race?

The video, taken this year during a rally race, shows a snail following a car as it comes around a bend.

The video is real but it's unlikely the snail was actually watching the race.

Snails don't have good eyesight. So it's more likely the creature was responding to vibrations in the earth.