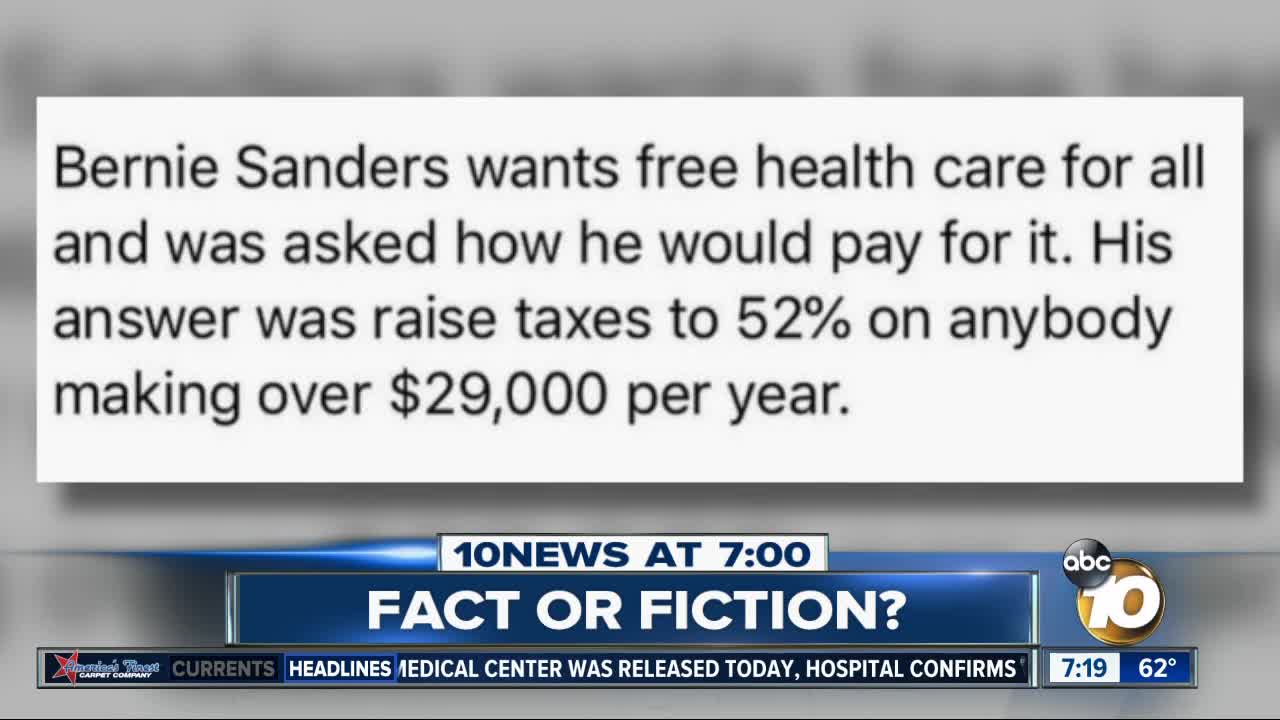 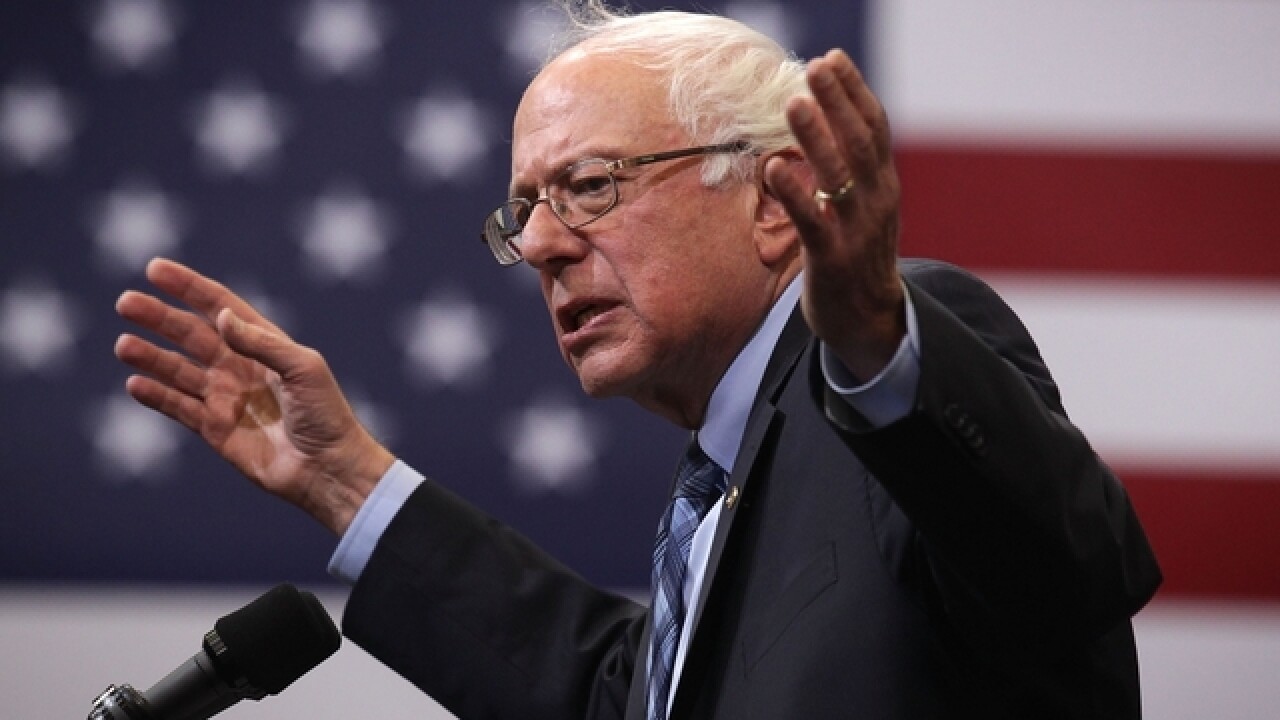 (KGTV) - Does Bernie Sanders plan to pay for universal health care by raising the tax rate to 52% on anybody making more than $29,000 a year?

The information in a meme being posted on social media is false.

Sanders' plan would raise the tax rate to 52% for people making more than $10 million a year.

Sanders is calling for a 4% tax rate on income over $29,000, which he says would be more than offset by people not having to pay health care premiums and co-pays.