Fact or Fiction: Rapinoe stomped on the American Flag? 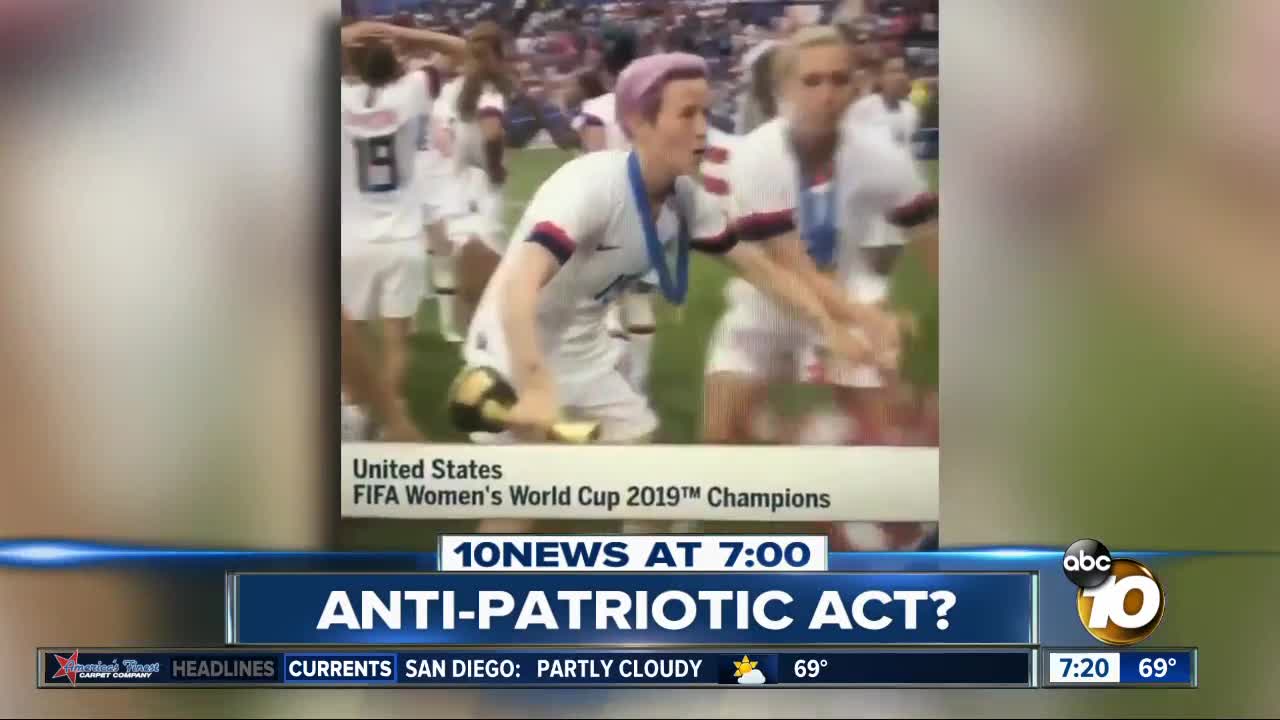 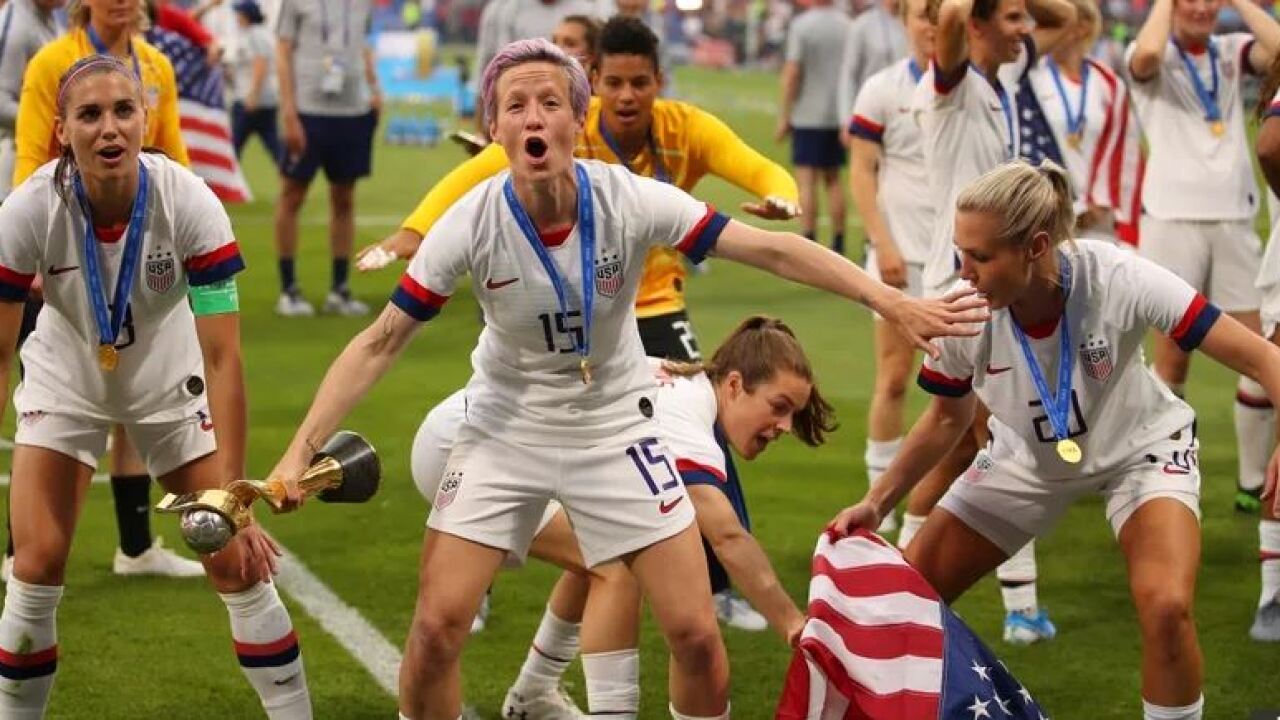 During the postgame celebration, Rapinoe's teammate Allie Long briefly dropped the flag on the ground while Rapinoe was playing to the crowd.

While video shows her foot may have inadvertently touched the flag, she certainly didn't stop on it.

The U.S. Flag Code says the flag should never touch the ground.

But this was clearly not a malicious act.