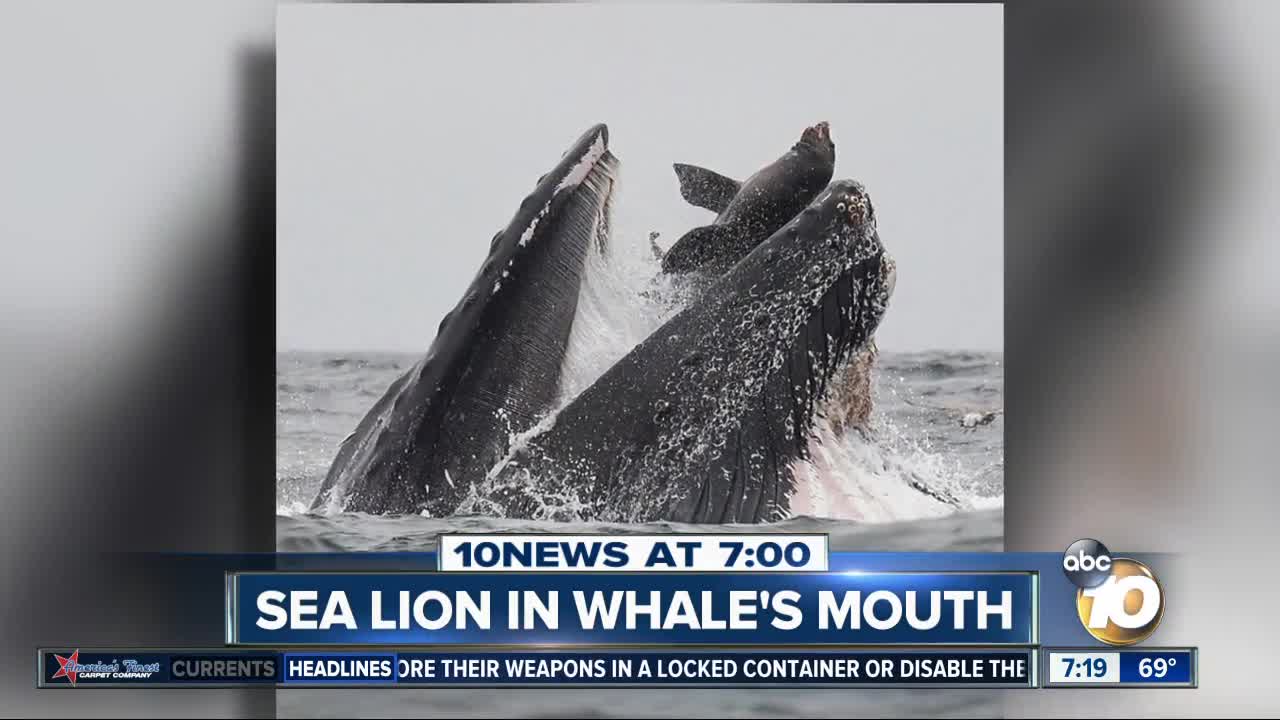 Did a photographer really capture a humpback whale with a sea lion sliding into its mouth? 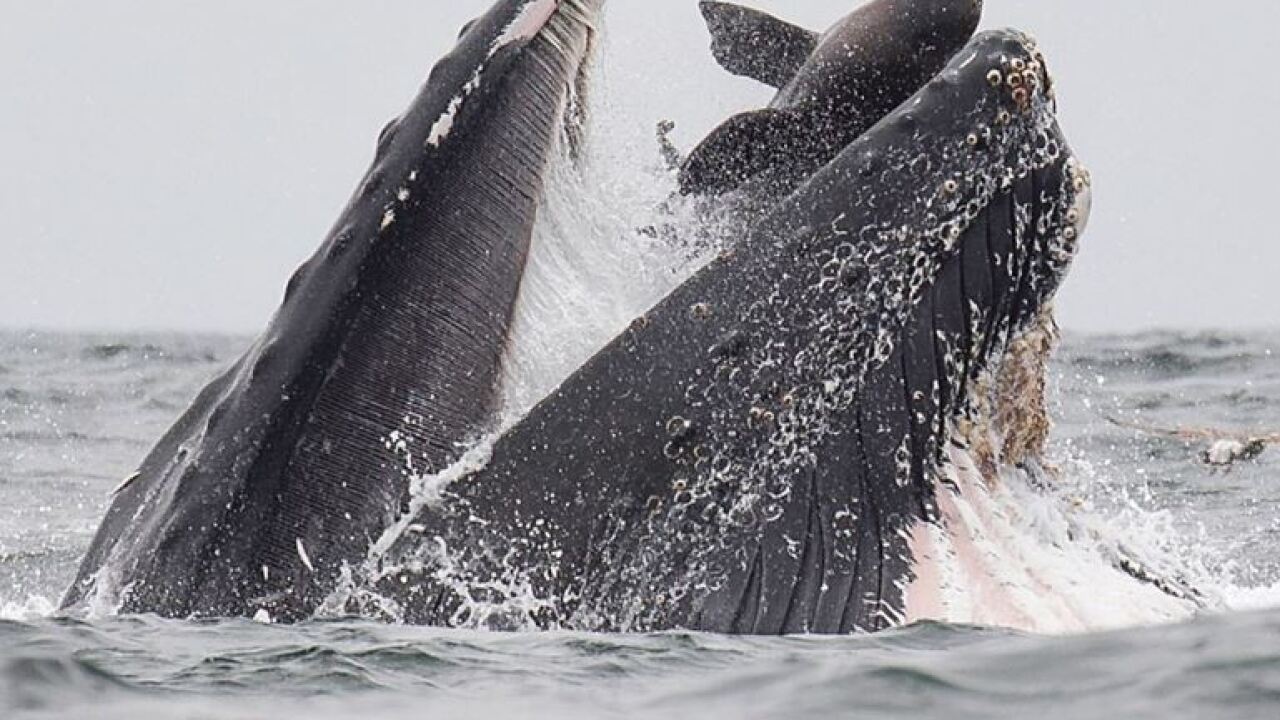 (KGTV) - Did a photographer really capture a humpback whale with a sea lion sliding into its mouth?

Humpback whales feed by opening their mouths wide and taking in large amounts of water. Every so often, they accidentally scoop up something huge like a sea lion.

But don't worry. The whale's esophagus is only about the size of a grapefruit and the sea lion safely got away.