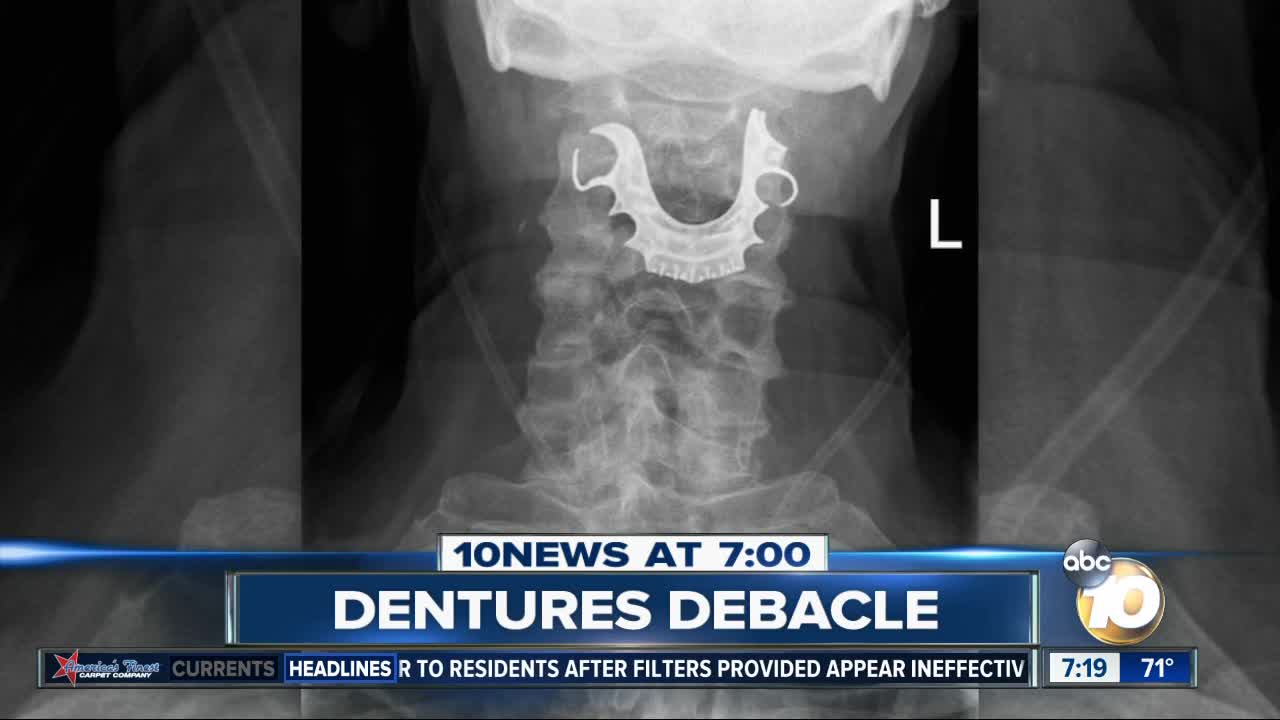 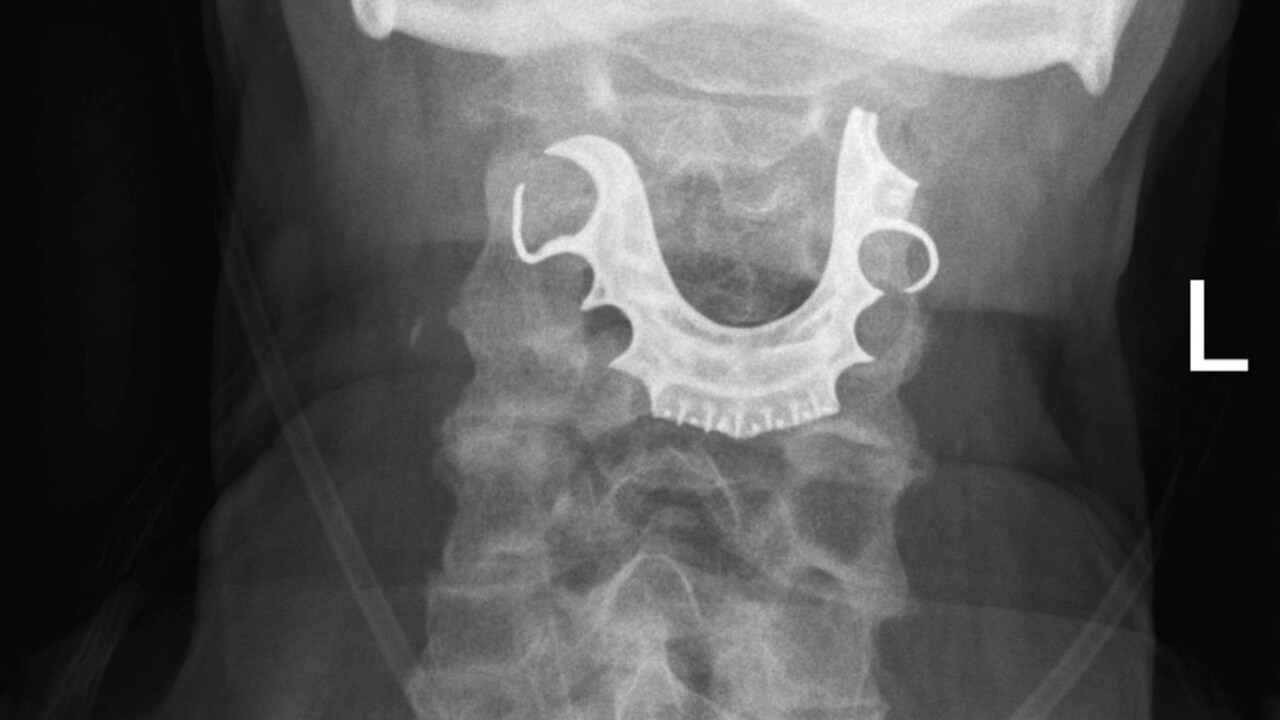 (KGTV) - Were a man's missing dentures really stuck in his throat for 8 days before being discovered?

A 72-year-old British man had minor surgery to remove a lump from his abdominal wall.

Six days later, he returned to the hospital complaining of difficulty breathing and swallowing. But doctors were unable to diagnose it and sent him home.

Two days later, the symptoms got worse and he came back. That's when x-rays revealed the dentures.

They were surgically removed and he's now okay.