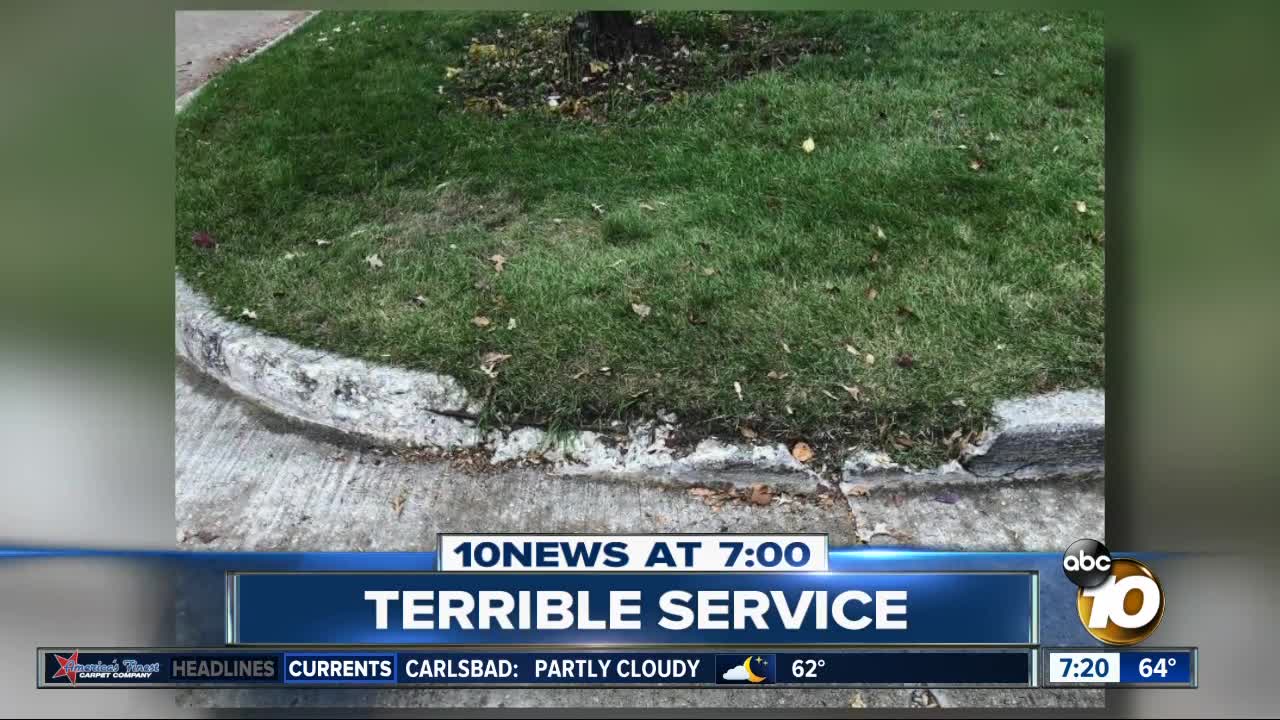 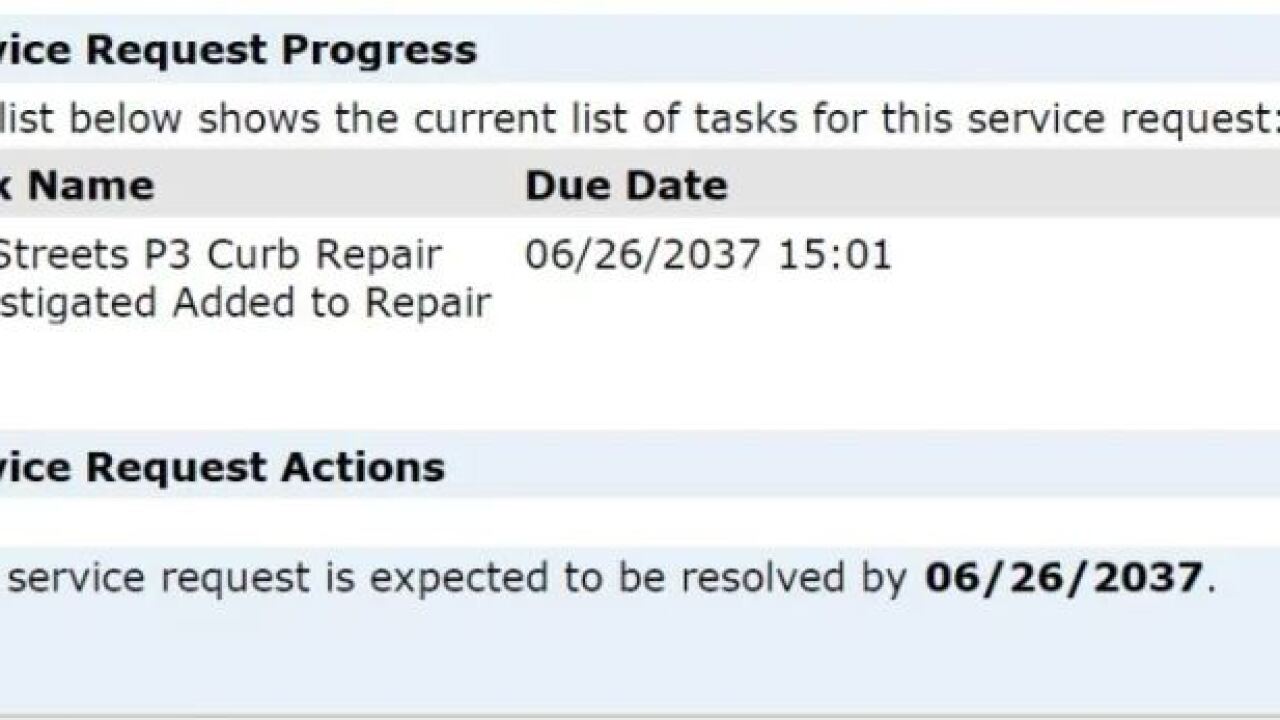 (KGTV) - Is a curb damaged 26 years ago by a city truck scheduled to be repaired by 2037 in Winnipeg?

Calvin Hawley says a city snow removal machine wrecked the curb in front of his home on January 26, 1993. He's positive about the date because it's the day his second son was born.

Since then, he has been getting the runaround about when it would be fixed.

But when Winnipeg set up an electronic complaint system, Hawley finally got a date. The city promises the curb will be repaired by June 26, 2037!

A city official says residential street are the lowest priority for repairs.