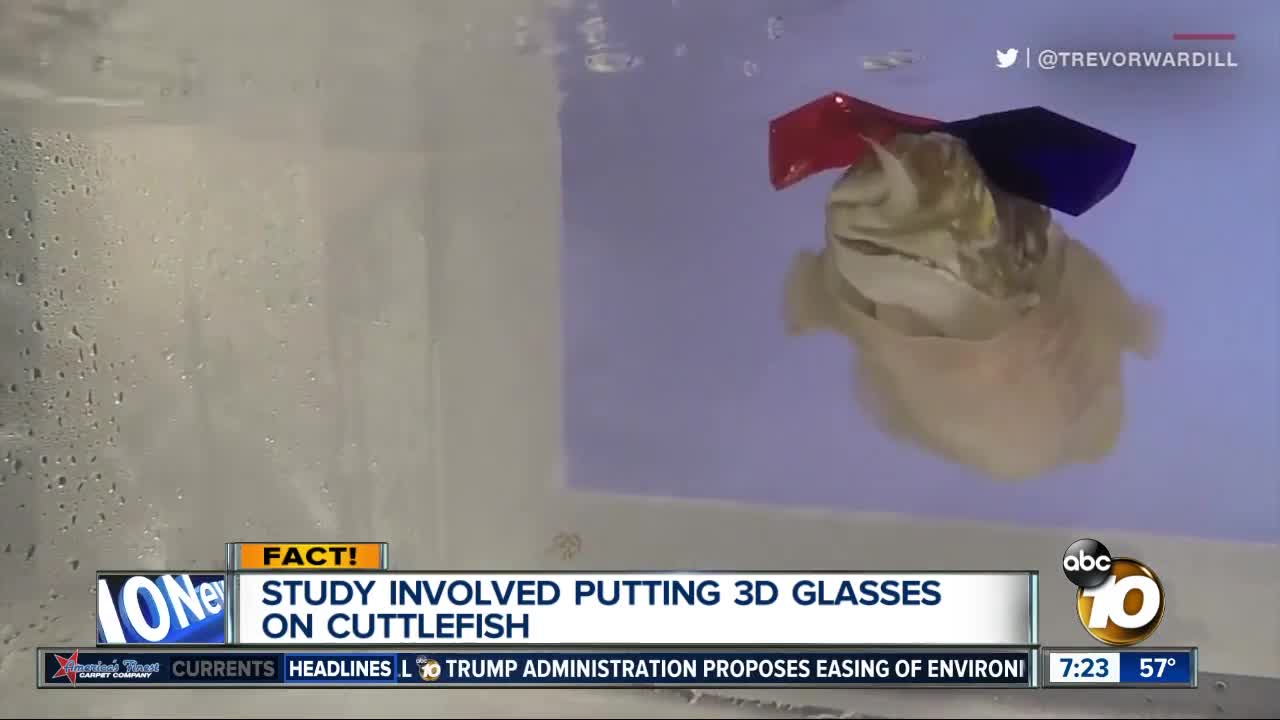 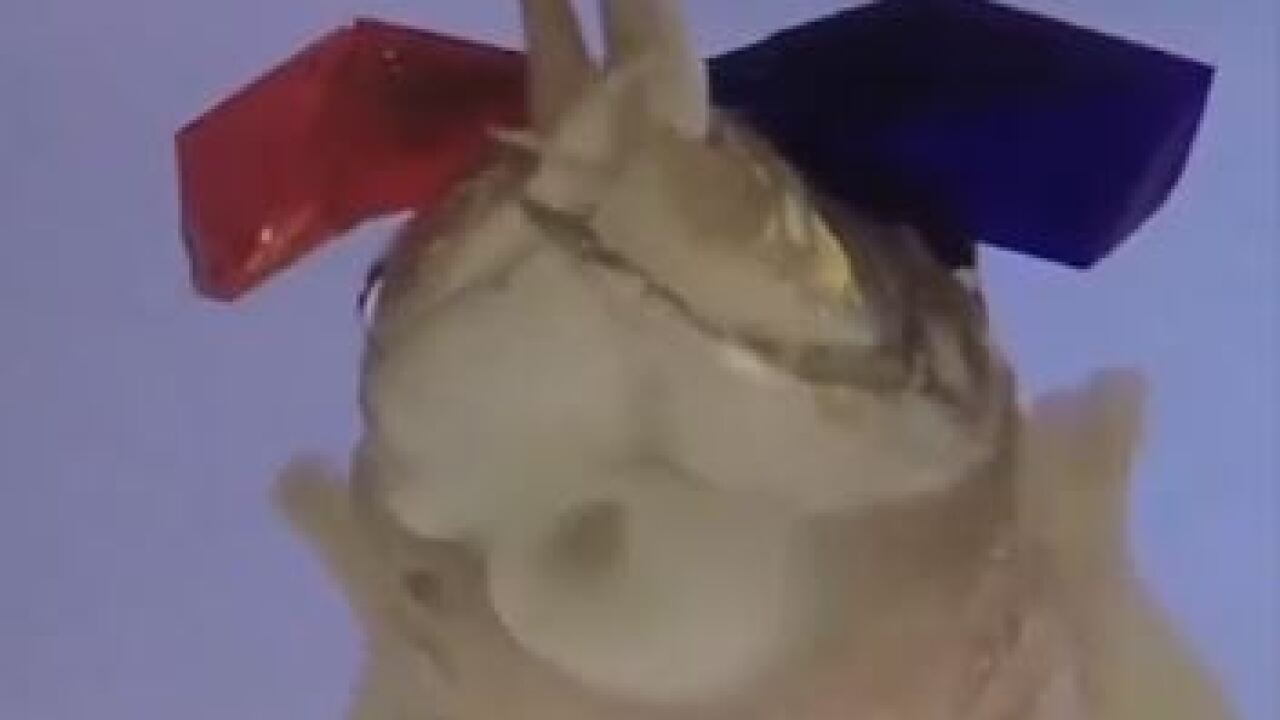 Researchers at the University of Minnesota put the glasses on the faces of cuttlefish and then played video of their prey in 3D.

Sure enough, the mollusks were fooled by the effect and reached out for the prey with their tentacles.

The study shows that cuttlefish's eyes have well developed depth perception. In fact, one scientist says it may be better than humans.

We're told the glue used to attach the glasses to the cuttlefish wore off after a few days.