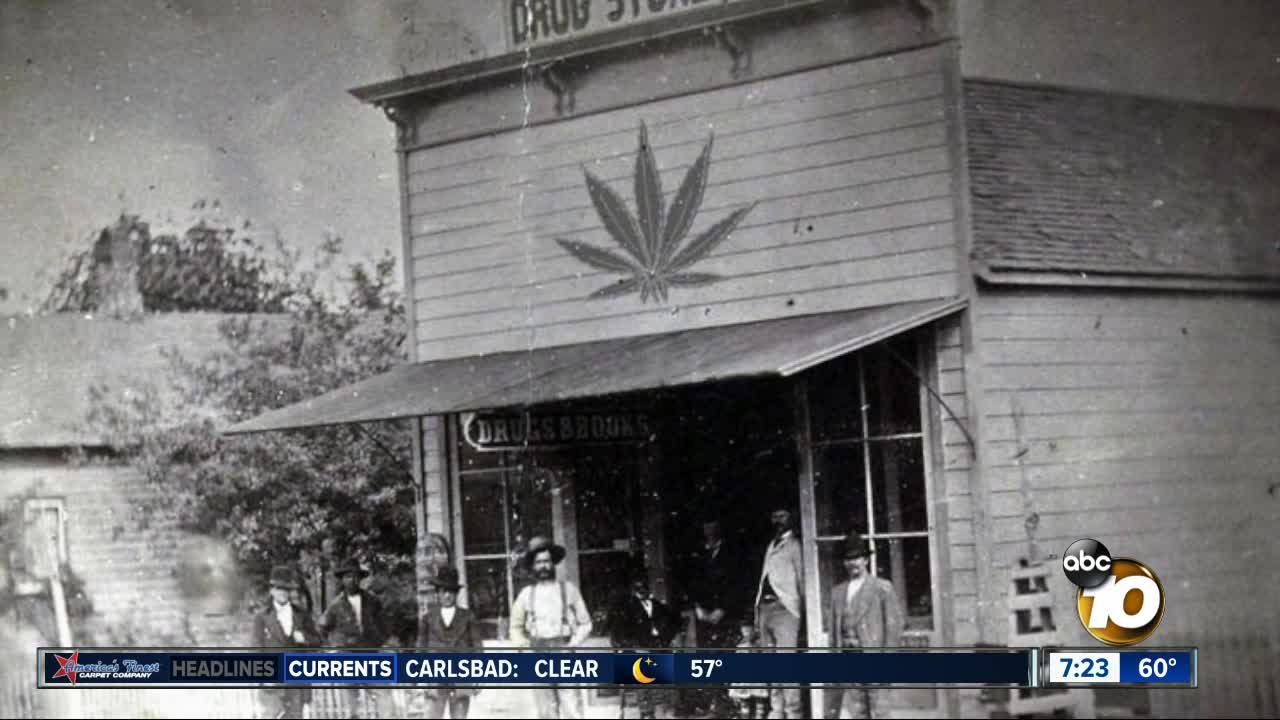 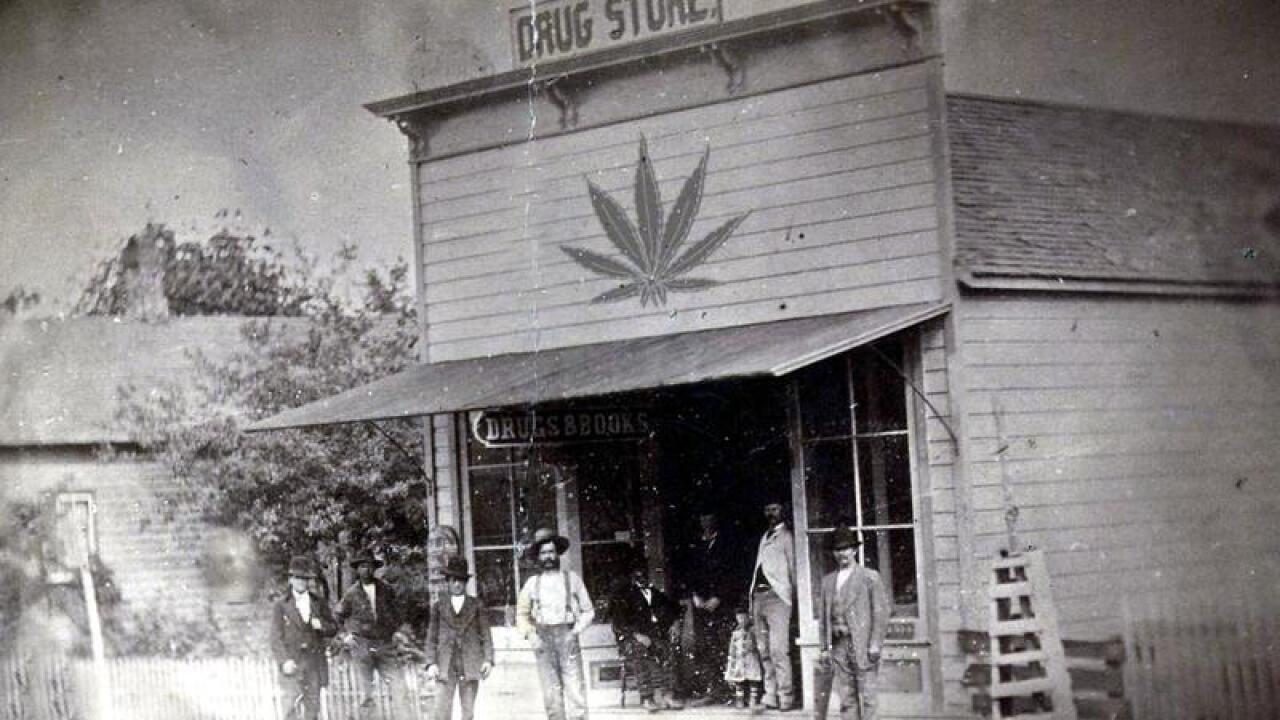 (KGTV) - Does a picture show a drug store in the 1800's with a giant marijuana leaf painted on the front?

The pot leaf above the awning was inserted digitally. The picture was created by a graphic designer in 2009.

But the idea that a drug store in the 19th century would sell marijuana products isn't outlandish. Marijuana was a common ingredient in medicinal products in the 1800's and wasn't regulated by the U.S. government until the 1930's.