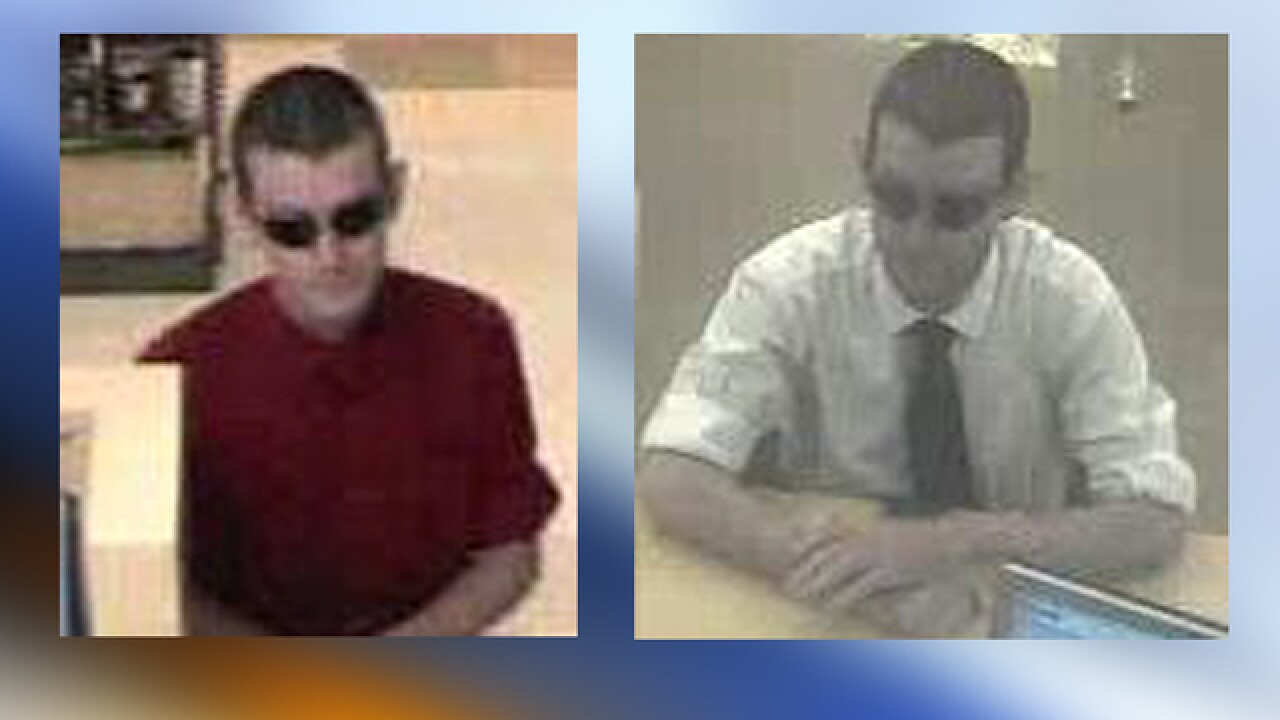 New video from the FBI shows the man dubbed the "Hipster Bandit" robbing banks all over San Diego County.

The FBI is working with sheriff's deputies and police to catch the suspect. The "Hipster Bandit" is wanted in connection with four bank robberies in San Diego County during the period of July 2, 2015  through January 9, 2016.  In each robbery the "Hipster Bandit" has used a demand and targets banks located inside of grocery stores.

The "Hipster Bandit" is believed to be responsible for the following bank robberies:

Darrell Foxworth says in the latest robbery, the suspect ditched his normal collared shirt and tie for a Star Wars t-shirt.

"It appears that this individual is going to continue to rob until he's caught," Foxworth said.