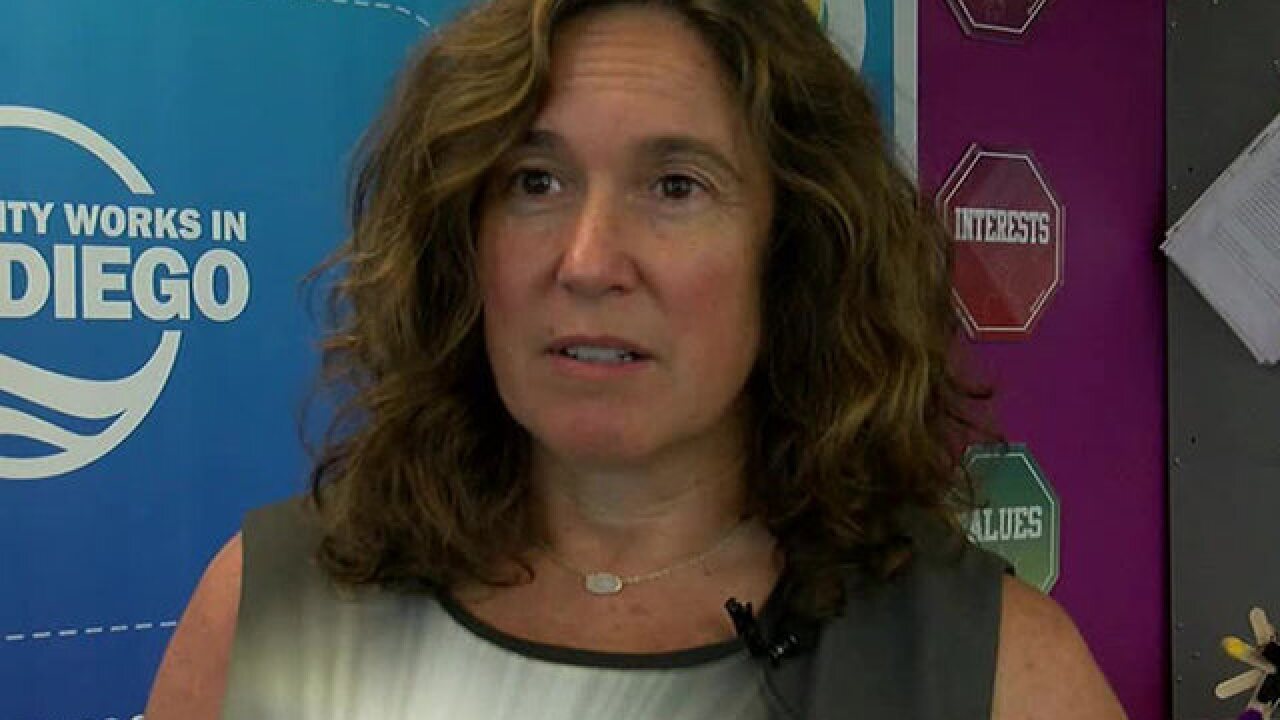 San Diego County District Attorney Bonnie Dumanis said surveillance video that captured an altercation at Lincoln High School cannot be released to the public due to an ongoing investigation, according to a letter obtained by 10News.

San Diego Unified School District Superintendent Cindy Marten is calling for complete transparency in the investigation of the fight at Lincoln High School. She wanted the school surveillance video that shows the moments when the fight broke out to go public, but Dumanis said no.

"I cannot release video, by the direction of Bonnie Dumanis," Marten told 10News in her first television interview since the Feb. 26 fight.

Dumanis sent this letter to Marten on Tuesday:

"Thank you for meeting with our office regarding the ongoing investigation of the incident that took place on Friday, February 26, 2016 at Lincoln High School. The San Diego Police Department and the District Attorney's Office are working diligently to review all the evidence including video evidence to ensure that justice is done for all parties. You expressed your interest in releasing the surveillance video from the school to the public as quickly as possible. The surveillance video is one of the pieces of evidence in the criminal investigation of the incident. Since several minors are involved, the Juvenile Court would have jurisdiction for the case. The potential release of any video evidence is dependent on the type of charges and how juvenile law applies to those potential charges. There is a detention hearing scheduled before a Juvenile Court Judge on Wednesday, March 2 that will allow us to clarify some of the legal and privacy issues involved in the release of the surveillance video. For those reasons, you may not release the surveillance video at this time. We will continue to promptly update you regarding the status of the video and all other relevant matters in this case."

Marten said she's seen the video, but she declined to describe it to 10News, saying it's now part of the investigation.

Marten said she's in charge, and added, "We're taking control of the situation, making sure things at Lincoln are safe."

There are three things Martin said the district is doing now.

Once the investigation is complete, Marten said the second thing that will happen is full transparency.

"I directed staff to release any and all information as quickly as possible," she told 10News.

The third thing Marten said is she is making sure the district gets back to work doing the business of educating students.

Marten said the Lincoln High campus is now "completely under control" and that a plan is in place to make sure that students there can learn.

Prior to a San Diego Unified School Board meeting on Tuesday, some parents and students used a public comment period to raise concern over the Lincoln High incident.

While police say a student, identified as Jesse Duncan, attacked campus police officer Bashir Abdi from behind when he tried to break up a fight, many students insisted there was no fight.

Parent Desiree Smith said, "The higher classmen and the lower classmen were horsing around and it had already been dispersed when the officer approached him."

Smith and other parents met with Jesse Duncan's father and school leaders on Monday. The boy's father, Brandon Duncan, told 10News he couldn't talk about the case.

"I just want my son to be exonerated of any false charges and I want him to come home," Duncan said.

Smith said during their meeting, Duncan was candid about what his son told him.

"Jesse gave up; putting his hands in surrender mode and the officer pepper-sprayed him and tasered him after that. When he was on the ground, while he was tasering him, while he continued to hold the Taser on Jesse, he had him turn over and re-tasered him again," Smith said.

Upon learning of the decision to not release surveillance footage, Smith told 10News, "We had the cameras installed; taxpayers are paying for it so I think we should be able to see all of the evidence because at this point there is a little boy in custody."