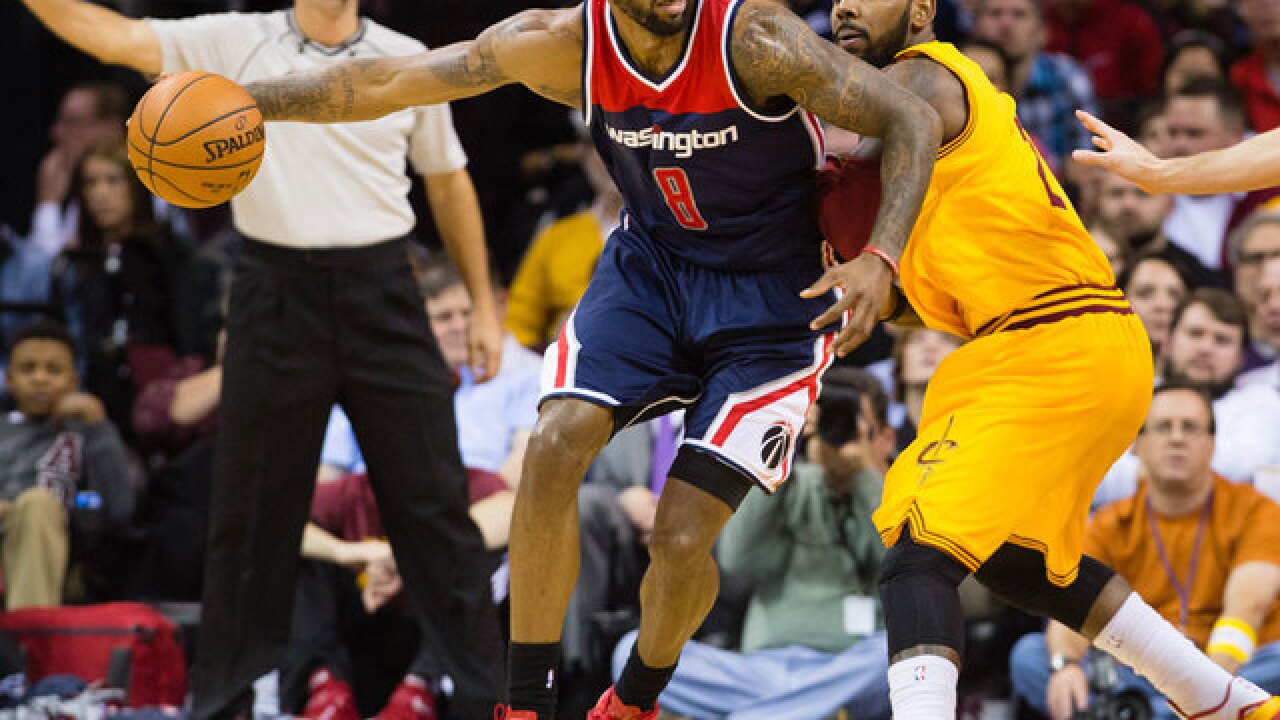 Copyright Getty Images
Jason Miller
Rasual Butler #8 of the Washington Wizards post up against Kyrie Irving #2 of the Cleveland Cavaliers during the first half at Quicken Loans Arena on November 26, 2014 in Cleveland, Ohio.

STUDIO CITY, Calif. (CNS) - Former NBA player Rasual Butler and a woman believed to be his wife were killed Wednesday in a rollover crash in the Los Angeles area.

The solo vehicle crash in Studio City was reported around 2:30 a.m. on Ventura Boulevard near Arch Drive, according to an officer at the Los Angeles Police Department's Valley Traffic Division.

The coroner's office withheld the name of the fatally injured woman, citing the need to notify her next-of-kin, but TMZ.com identified her as Butler's wife, singer Leah LaBelle, who appeared on the third season of "American Idol" in 2004.

Butler lost control of his Range Rover, which struck a parking meter, slammed into a wall and rolled over, TMZ reported. Police said the driver was likely speeding, judging by the debris at the crash site.

Butler, who was drafted by the Miami Heat in 2002, had a long NBA career, playing for several teams, including the Los Angeles Clippers. He retired in 2016.