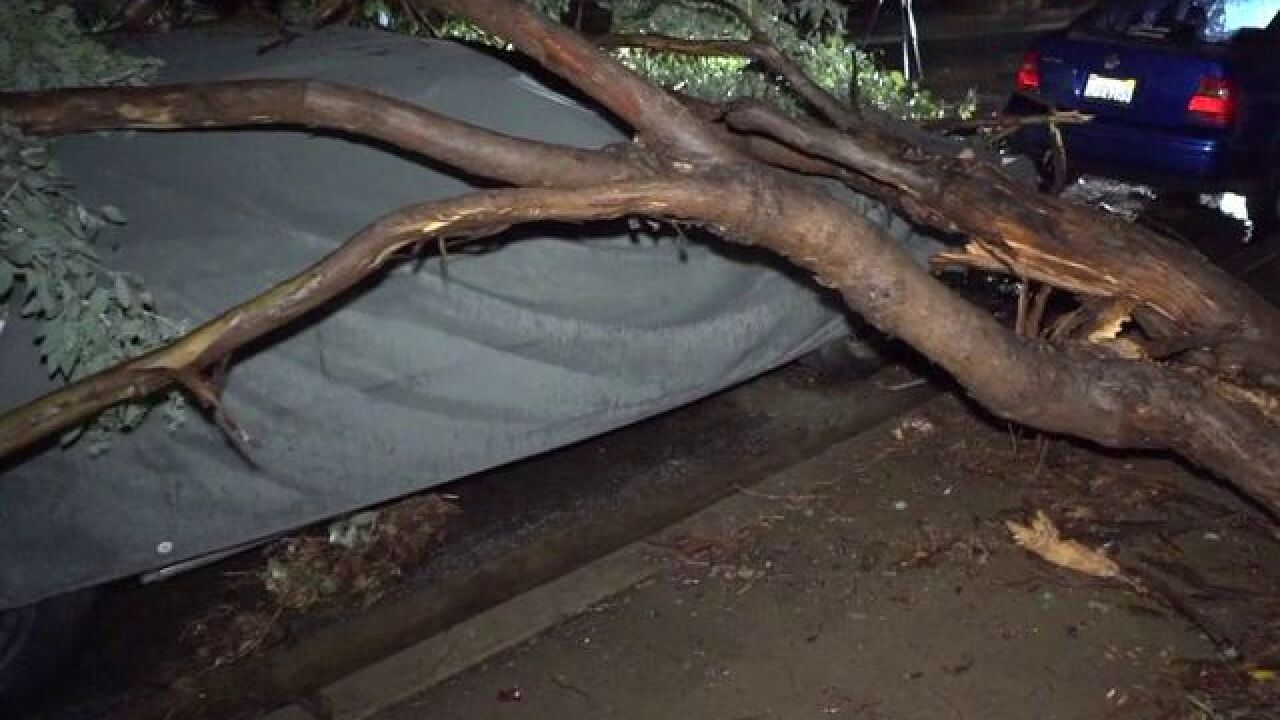 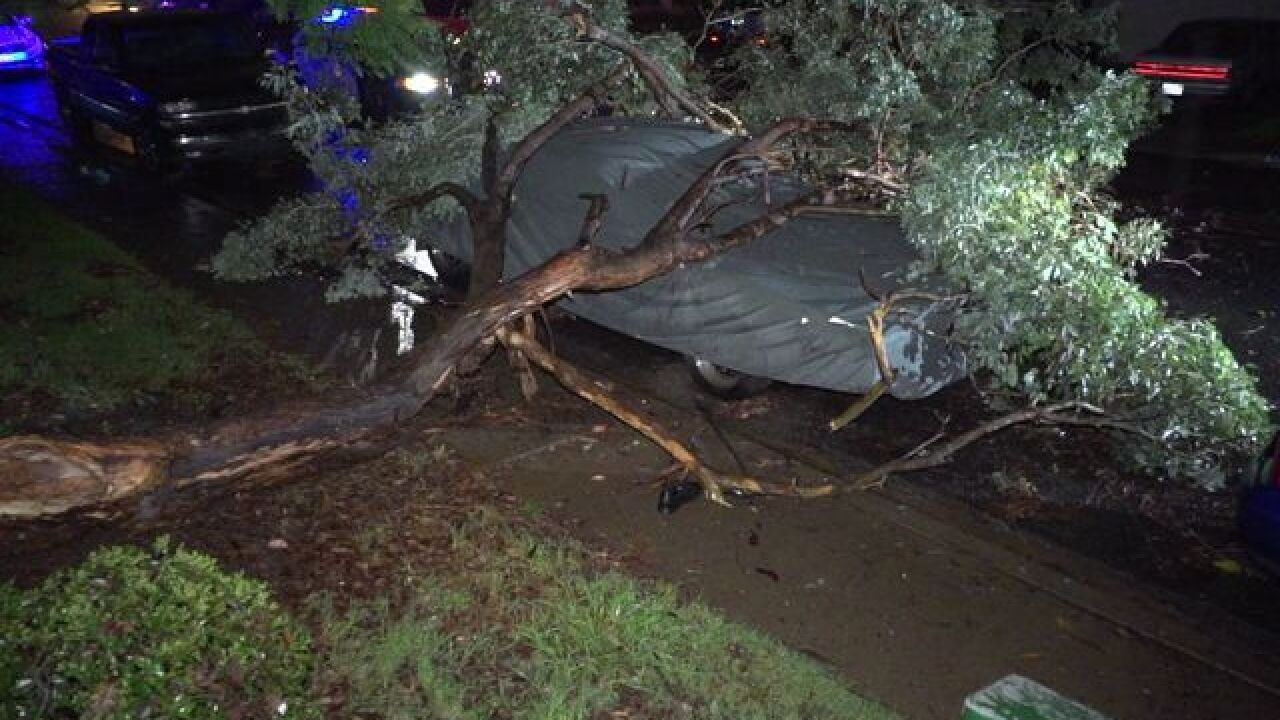 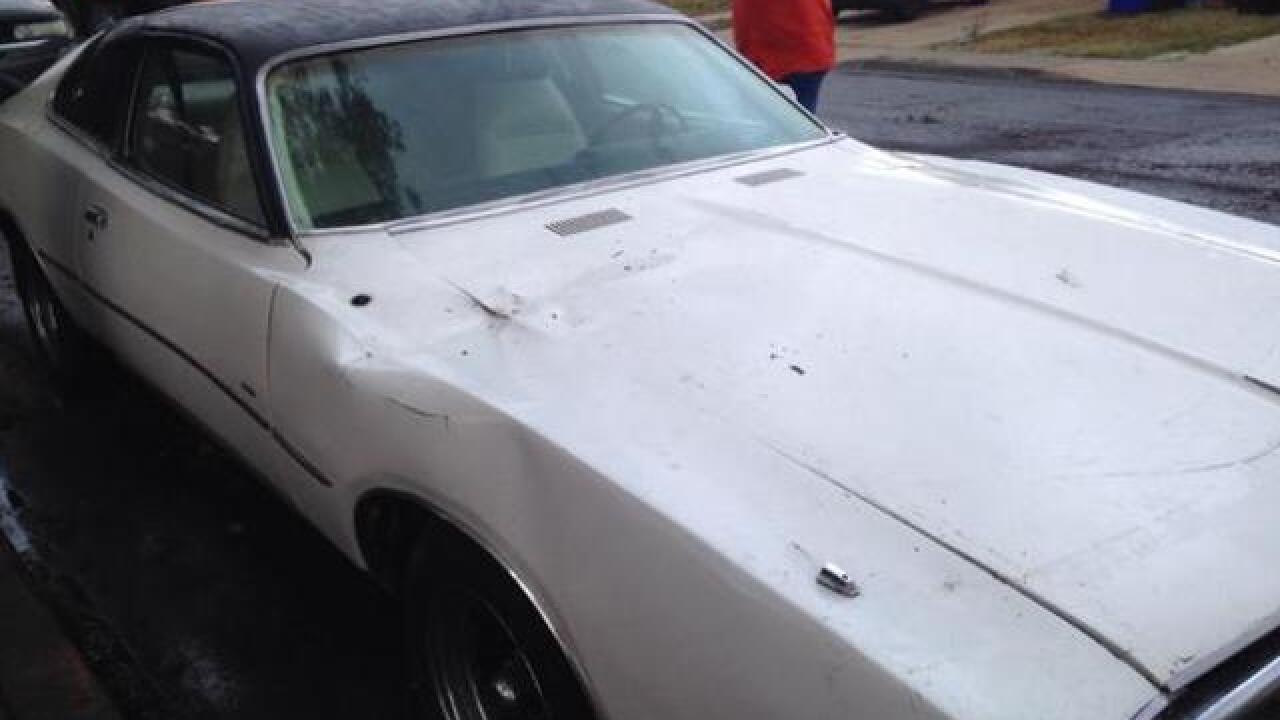 By: 10News Digital Team
Posted at 8:29 AM, Sep 16, 2015
SAN DIEGO – After a day of heavy rain, an estimated 25-foot tree branch snapped and fell onto a vintage car in Otay Mesa overnight Tuesday.
At about 2:30 a.m., the branch came down onto a 1973 Dodge Charger parked in the 900 block of Churrituck Drive. The Charger, which had a car cover on it, has been in the same family for years.
Jose Gutierrez, the father of the man who owns the car, told 10News it was a gift to his son from his grandfather.
"Like a bomb,” Gutierrez said. “I mean, I feel like an earthquake or something, something happened outside. I come out and look at the thing, and, like, ‘Oh my gosh, wow.’ So it's pretty bad."
It took San Diego Public Works Department crews until 6 a.m. to remove the branch and clear the debris from the street.
The family was waiting to remove the car cover in order to assess the damage.
Scripps Only Content 2015