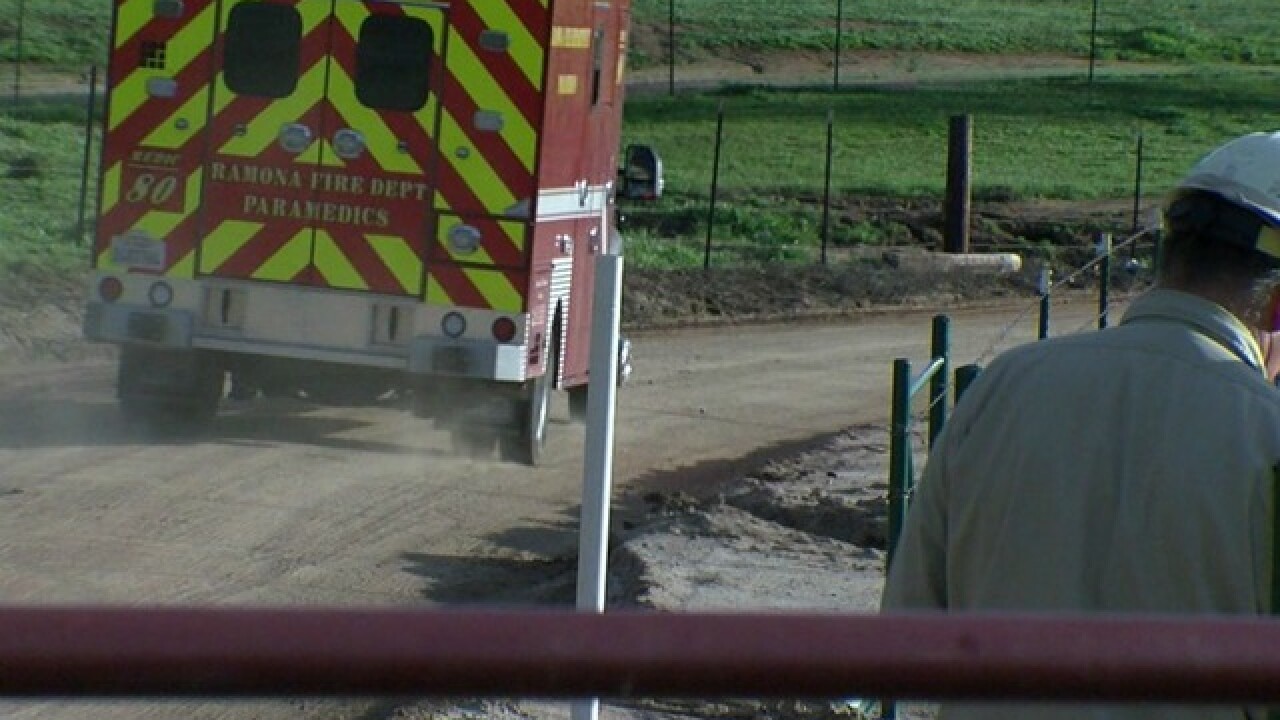 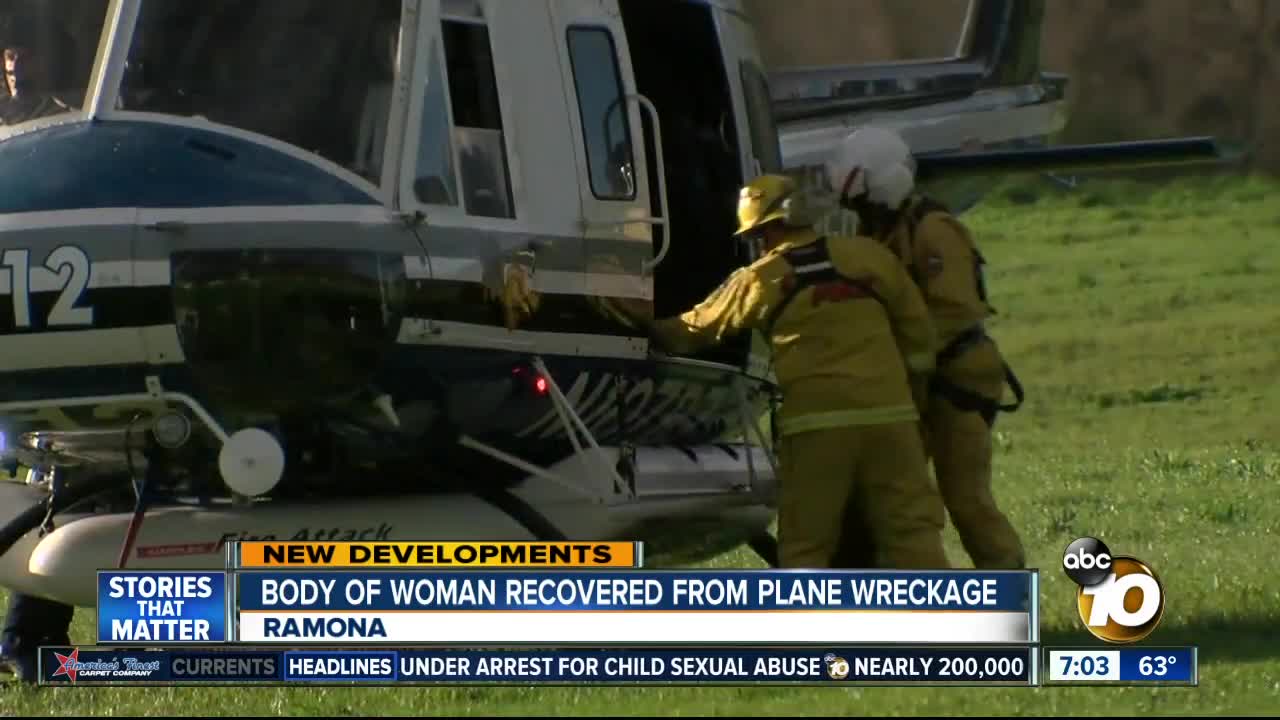 The plane took off from Gillespie Field Airport about 2:30 p.m as an instructor/student flight, according to sheriff's Sgt. Andrew Mowins.

On board were a male instructor and another man and the woman who was killed, Cal Fire spokesman Isaac Sanchez told City News Service.

The deceased 20-year-old woman -- whose name was being withheld pending notification of kin -- died at the scene, Sanchez said.

They climbed to high ground and called for help after the aircraft crashed into the mountainside in Ramona, Sanchez said.

A witness called 911 at 2:30 p.m. to report the plane down, but it took sheriff's deputies and Cal Fire personnel about an hour to find the wreckage, Sanchez said.

Sheriff's deputies in the ASTREA helicopter found the crash site in an inaccessible area, near Pamo Valley in the Cleveland National Forest. ASTREA was working with a joint use Sheriff/Cal Fire helicopter to access the scene, Sanchez said.

The surviving instructor and flight student suffered minor injuries and were transported to a hospital for treatment after their rescue, Mowins said.

The woman's body remained at the scene and the medical examiner will be flown up Monday, according to Mowins.

Recovery efforts for the plane were suspended at nightfall and will resume Monday, Mowins said.

It's not yet known what caused the plane to crash.