While Issa is comfortable with lead in 50th, Campa-Najjar watches returns with 'measure of hope' 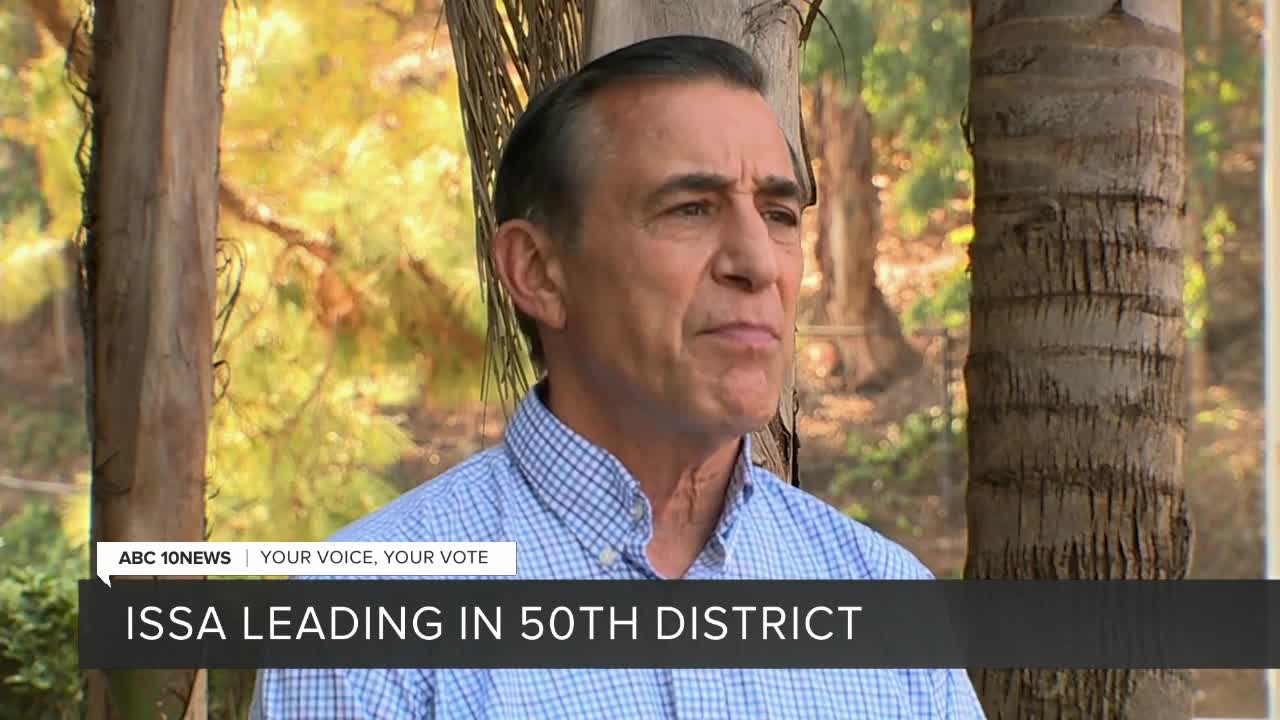 “Statistically, it’s impossible for him to win with probably 60,000 votes left to come in,” he told reporters.

Issa is a veteran politician looking to return to Congress after a two-year hiatus. He represented coastal North County's 49th district until 2018 but decided not to run for re-election as that district turned blue.

“I've already spoken with Congressional leadership and I’m planning to go back to what will be a very unusual freshman orientation for someone with 18 years [of experience],” he added.

ABC 10News spoke to Campa-Najjar on Tuesday after polls closed when early returns showed that he and Issa were still neck and neck. At the time he said, “Obviously, we know we've had a strong campaign that put people before politics and country before party and it is showing in this ruby red district. We're transcending partisanship.”

The 31-year-old has continued trying to flip the historically red district which spans parts of East, North, and Riverside counties. He previously lost to former congressman Duncan Hunter who resigned this year after pleading guilty to a felony campaign fraud charge.

On Wednesday, Campa-Najjar’s office declined a request for an interview but sent the following statement:

“We’re still looking at the returns with a measure of hope and urge every last vote be counted. The fact that it took the former wealthiest member of congress to try and buy this seat proves how formidable our people-powered campaign is. I’m proud of my team, eternally grateful to our supporters, and would be honored to serve the people of CA-50 in congress. May the will of every voter be heard.”