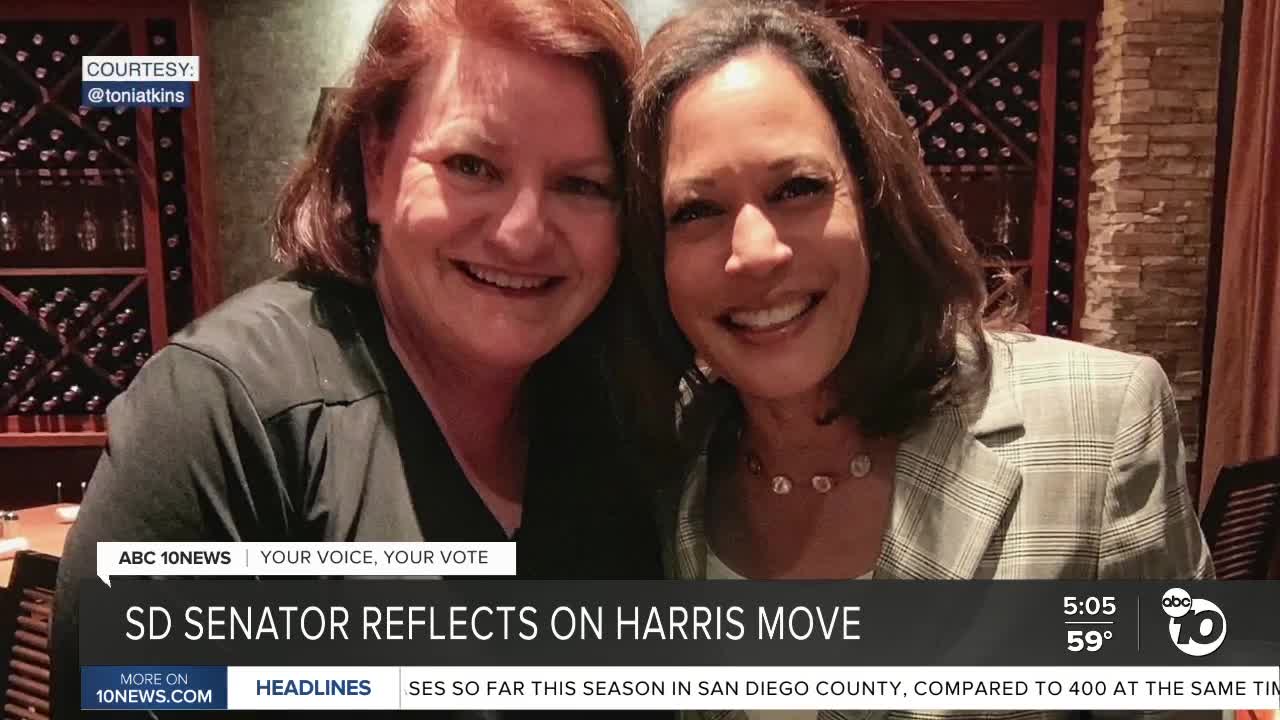 The two both entered new political roles simultaneously ten years ago and have stayed friends.

SAN DIEGO (KGTV) — Toni Atkins serves as District 39’s State Senator in California and as the State Senate president pro tem. During her years in public office, she’s worked alongside another woman who has worked her way up the ranks, Kamala Harris.

When Harris was elected as the Attorney General, Atkins was elected to the Assembly. The two worked together on homeowner issues and through the last ten years, have become friends. Atkins said she remembers various phone calls from Harris through the years, ranging from Harris asking for support during her run for U.S. Senate, to asking for her support in a run for the presidency.

Atkins said one of her favorite calls was on her birthday.

Atkins said Harris holds herself with poise and warmth during speeches and in the public eye, and that’s exactly how she is in person as well. She added that she expects Harris to face obstacles in the White House for various reasons ranging from being a woman to being a minority, but those are the qualities that maker her strong.

Atkins said those traits have already started inspiring others to follow her lead.

“To see the faces of women and young girls and people of color again say 'our voices matter,' it was quite something,” she said.