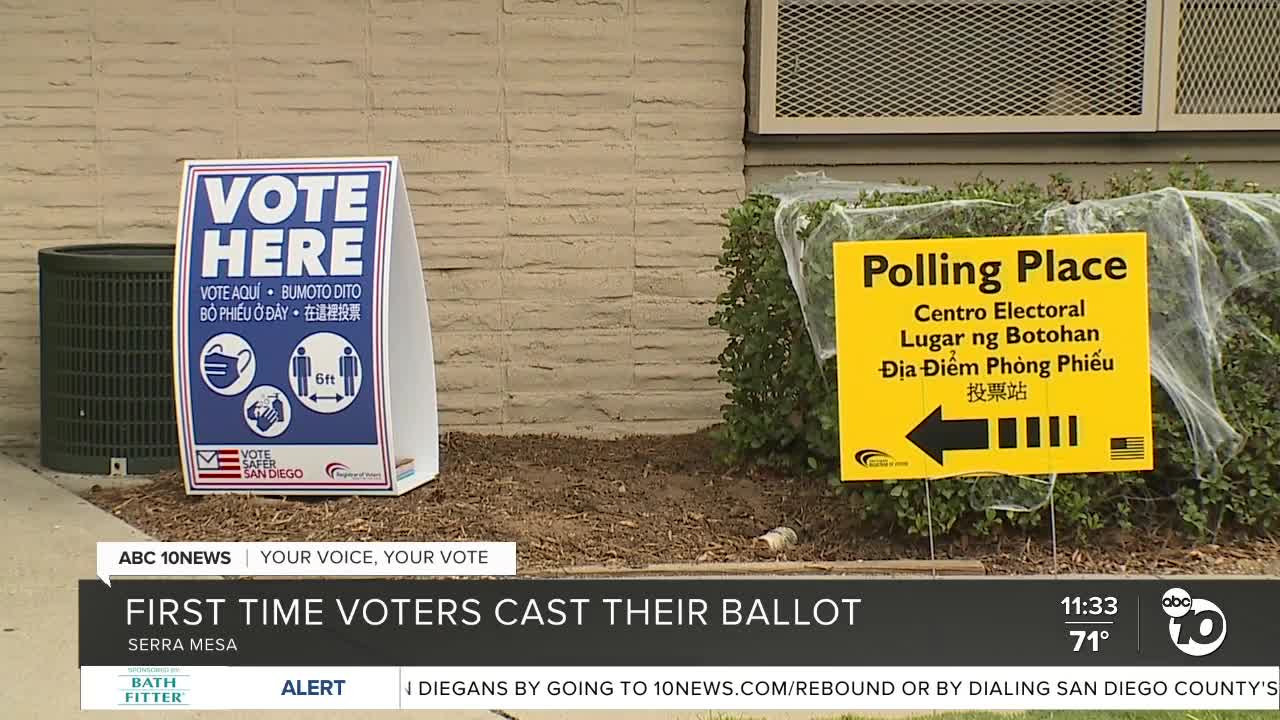 Many first-time voters in San Diego cast their ballots for the first time. 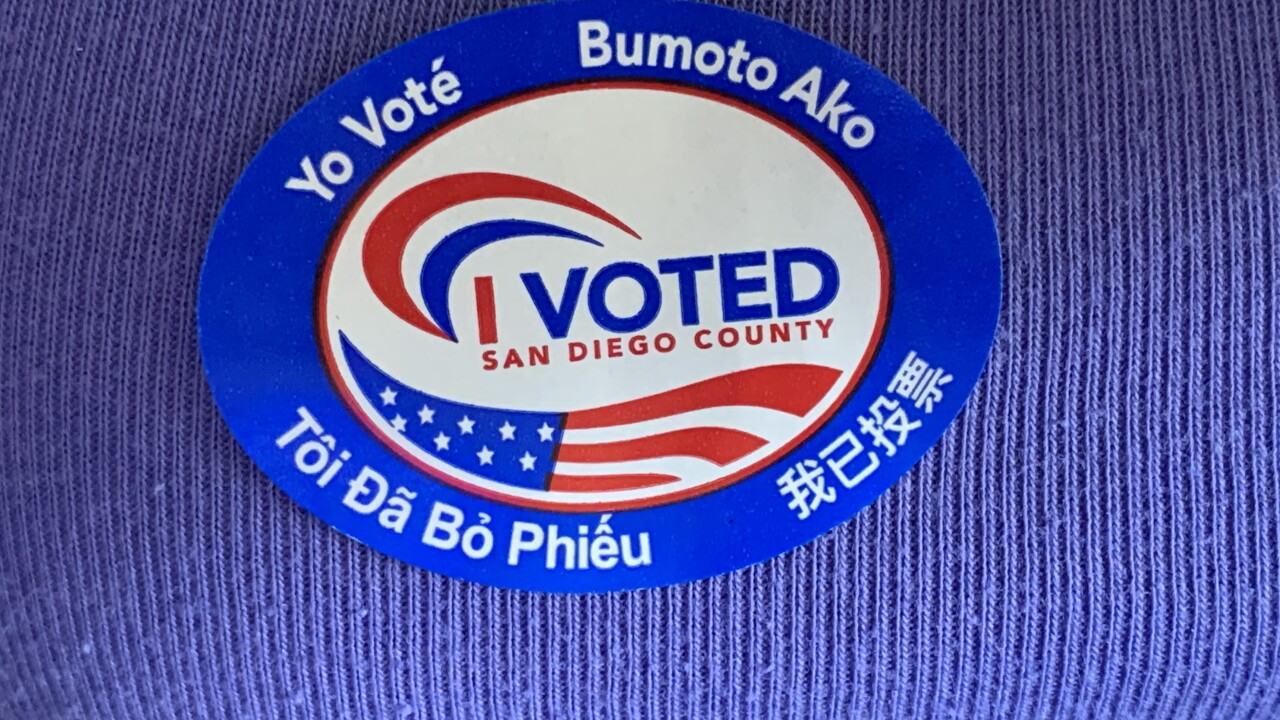 SAN DIEGO (KGTV) - This election fired up voters and one Serra Mesa couple was driven by duty to vote for the first time.

Anthony Joiner and Justine Gibson are engaged, and invested in this election.

"We recently became home owners and in the next few years we'll be parents hopefully so we feel like the future is in our hands and we want to be part of the decisions that are happening," Joiner said, with Gibson adding, "wanted to make it count."

Joiner said it felt great to cast his ballot for the first time, "I feel accomplished."

Joiner and Gibson filled their ballots out in person. "We wanted the full experience," they said laughing.

"This year more than ever we felt the importance of voting and having our voices heard, this was primarily driven by the current political environment! I feel like the presidential race without a doubt is important, however equally as important are the local races/props that will have a direct impact on our quality of life," Gibson said.

They didn't make their decisions in isolation, "we filled out our ballots together [at home]," Joiner said. "We’re pretty much on the same page on all things political and whatnot so it was a little bit easier," Gibson chimed in.

"We didn’t want our votes to cancel one another out so if we disagreed on something we would talk about it a little bit and see why," Joiner said laughing.

Joiner said he hopes the tension fades after the election, "and I really want everyone to just get along really."

Both hope for a positive outcome, "no matter what way it goes people just accept it," Joiner said. "And respect each other," Gibson added.

The couple encouraged others to make sure they cast their votes on Tuesday.

The polls close at 8 p.m. Tuesday.