Developer behind Poway's Measure P ready to get to work 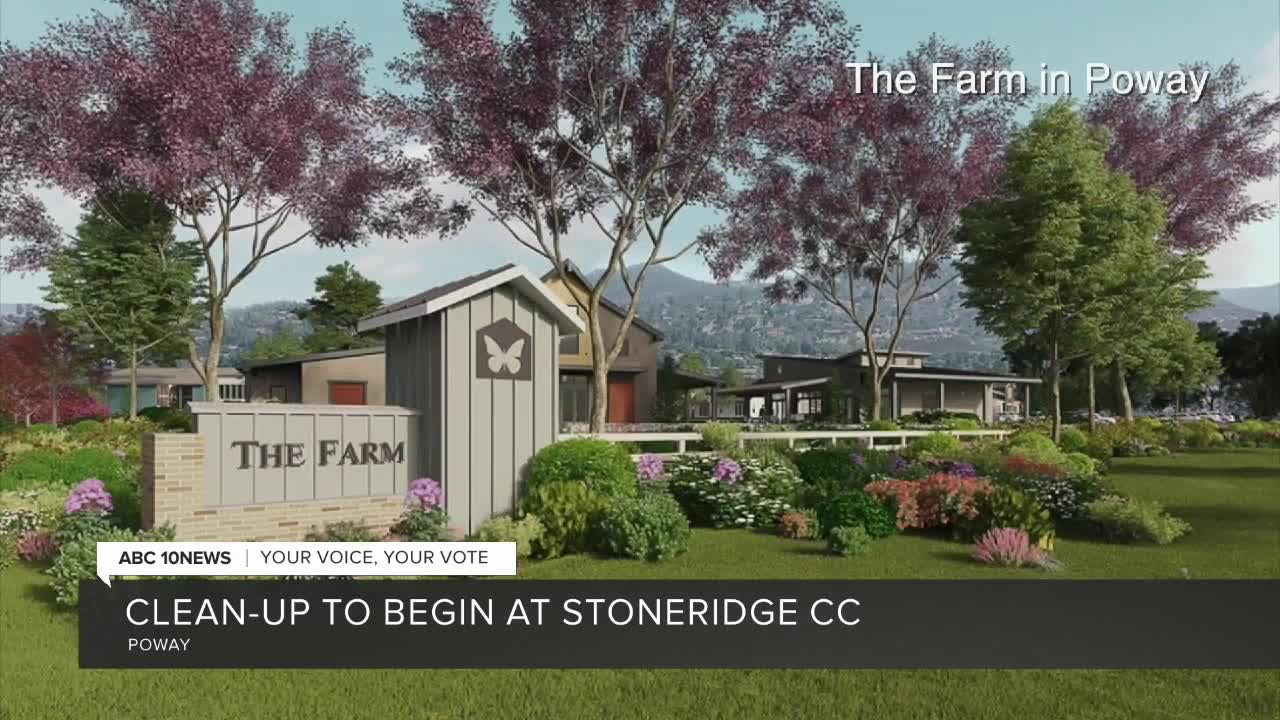 The former Stoneridge Country Club in Poway is finally about to get cleaned up. It appears voters have approved Measure P, to develop new housing on the land, which has turned into a beat-up, overgrown mess.

POWAY, Calif. (KGTV) — The former Stoneridge Country Club in Poway is finally about to get cleaned up.

It appears voters have approved new housing on the land, which has turned into a beat-up, overgrown mess.

But that's not what Kevin McNamara, managing partner of The Farm in Poway, sees.

"I think the plan is beautiful. It's going to be a great place to live. It will be a great addition to North Poway," McNamara said.

McNamara is celebrating the apparent passage of Measure P, which approves changing the zoning on the old golf course to allow for more housing.

The current owner of the land, Michael Schlesinger of Beverly Hills, also wanted to build homes at Stoneridge. But voters defeated his plan in 2017. The next day, Schlesinger shut down the long-running club.

McNamara thought he could come up with a better plan, and he thought he knew how to get Poway voters on board. He negotiated an option with Schlesinger to buy the land if voters said yes.

He put the whole plan together before getting the concept on the ballot.

"They thought I was nuts because it's a million dollars. This was a big bet," McNamara said.

He called his gamble The Farm in Poway. He first showed ABC 10News the plan in 2018: 160 homes, along with features like community gardens, trails, a club, and a butterfly farm.

McNamara spent nearly two years meeting with every Poway resident he could to convince them it was the right use of the land.

Now, he says, it's time to go to work. And the first step is keeping a promise he made to the neighbors.

He expects to officially take over the property next spring and have the first homes ready for families to move in by the end of 2022.