Campaigning begins for prop that ends ban on affirmative action 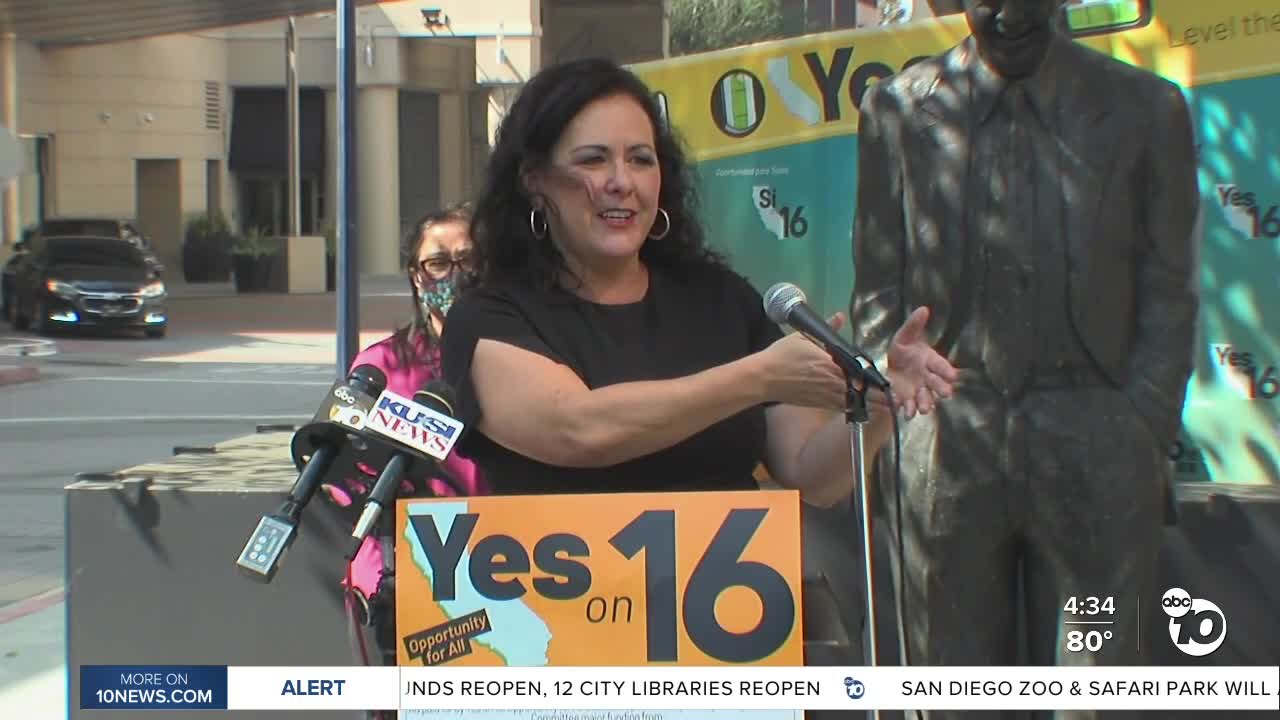 Campaigning is underway for Proposition 16, which would end California's ban on Affirmative Action for public employment, contracting and education 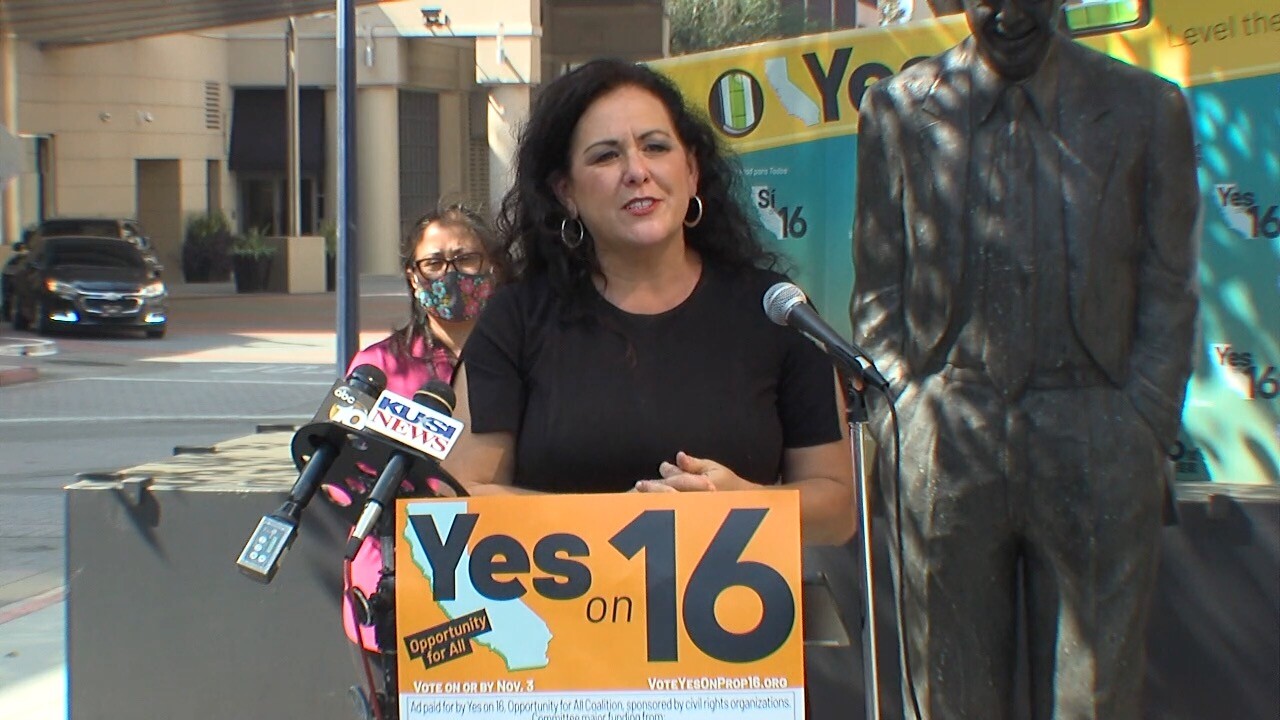 A proposition on the November ballot would eliminate the state's ban on affirmative action when it comes to public hiring, contracting and college admissions.

That means public agencies and universities can consider race, sex and ethnicity as it makes decisions, in an effort to address diversity.

“I was able to go to Stanford and prove myself, and then go on to Georgetown and UCLA Law School on a full-ride scholarship, because I was given that initial opportunity,” Assemblywoman Lorena Gonzalez said Monday.

Gonzalez said she was one of the last to benefit from affirmative action in California, because state voters banned the practice via prop 209 in 1996. She was speaking at a campaign event in favor of Prop 16, which would repeal the ban on affirmative action. Proponents say it would help level the playing and reduce the gender wage gap.

“California’s ban on affirmative action programs has locked out small businesses owned by women and people of color from billions of dollars in contracting opportunities,” said Norma Chavez Peterson, who runs the ACLU of San Diego and Imperial Counties. “It has hurt students of color applying to both the Cal State and the UC California university systems, and it's limited access to good wages and benefits for many thousands of women and people of color.”

State universities, for instance, can consider low income or being the first in a family to attend college in admissions decision making.