Ad accuses Barbara Bry of sleeping on the job 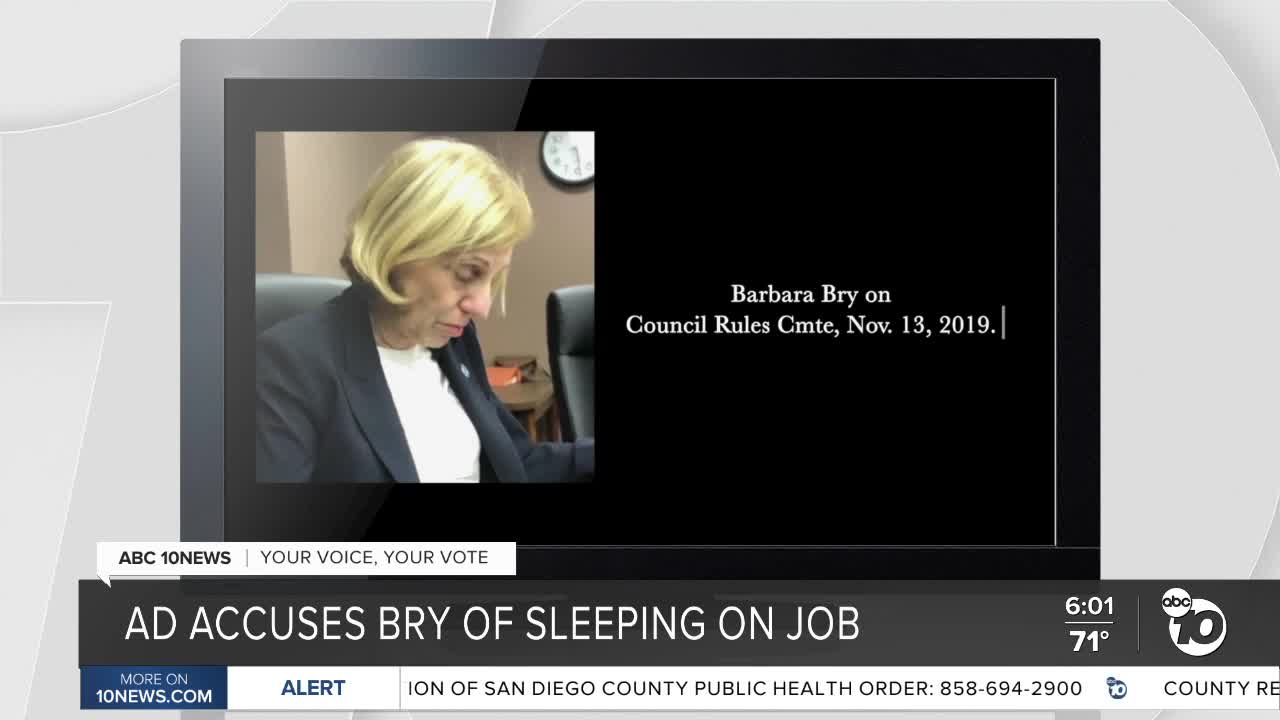 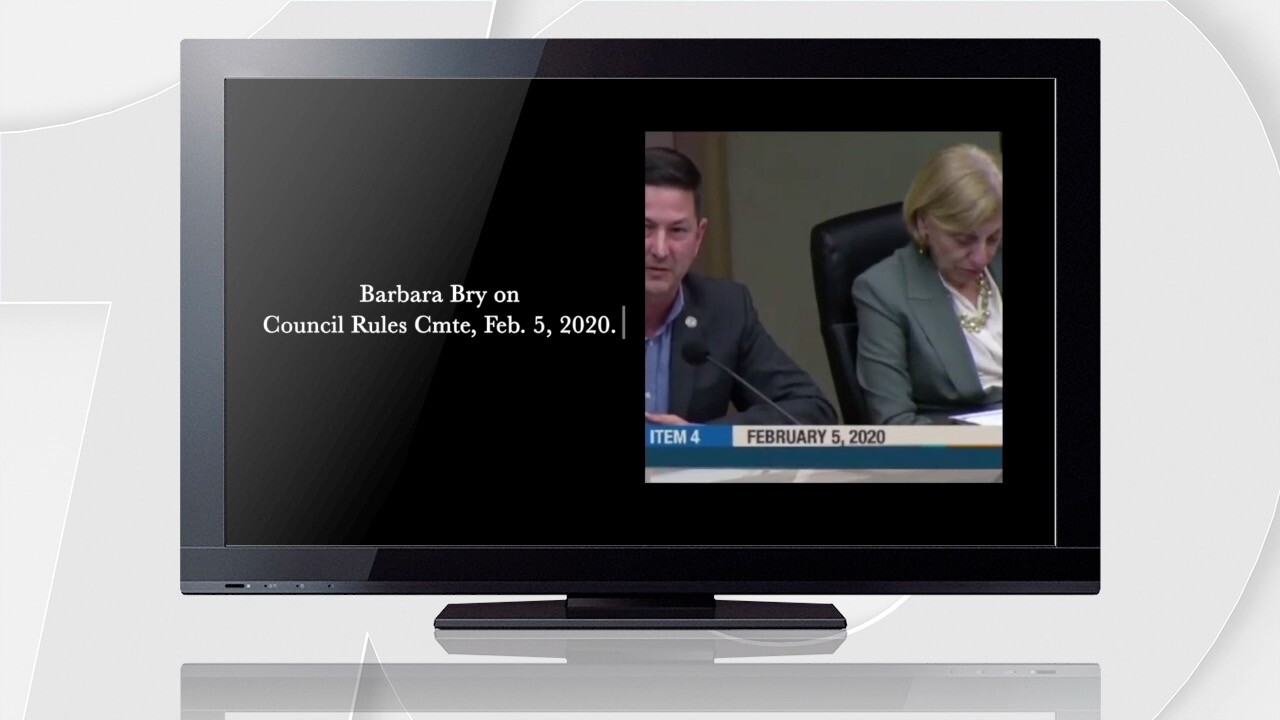 The ad is from a committee that supports State Assemblyman Todd Gloria. It says San Diego needs a mayor on alert given the coronavirus outbreak, the threat of wildfires, and the homeless crisis. It then cuts to shots of Bry appearing to doze off at two City Council Committee meetings within the last year.

The committee, called Neighbors for Housing Solutions Supporting Todd Gloria for San Diego Mayor 2020, is backed by more than a dozen organizations, including the Municipal Employees Association and the Regional Chamber of Commerce. Attorney Gil Cabrera, its principal, is responsible for the ad.

Cabrera said Bry regularly dozes off at public meetings, but also said employees who see it fear retaliation for speaking out.

Still, the ad raises questions about accuracy. It shows an image of Bry appearing to sleep at a committee meeting on the city's Get it Done app, while the narrator says she fell asleep during a meeting on police reform.

"If this ad is talking about a meeting on police reform but showing a picture of Barbara Bry in a very different hearing, one, that plays a bit fast and loose with the truth and two, it makes problems with the ad the story rather than the Barbara Bry falling asleep on the job, which is what the backers of this ad wanted you to think about," said Thad Kousser, political scientists at UC San Diego.

Cabrera says he stands by the ad and its accuracy.

“Todd Gloria’s campaign has been reduced to attacking me for closing my eyes during a Council meeting.

If you had to listen to the long-winded monologues of some of my colleagues, you’d close your eyes too.

Meanwhile, Todd Gloria was asleep at the wheel when he promoted the purchase of 101 Ash Street for millions more than it was worth and simultaneously exempted the sellers from responsibility for the condition of the building.

I’m not perfect, but I can read a contract and I know when a deal doesn’t add up.

So, here’s the choice: A candidate who has stooped to the lowest level of campaigning and doesn’t understand major financial transactions involving millions of our tax dollars, or a candidate who occasionally tires of political bloviating.”

A spokesman for Gloria said the candidate did not have anything to do with the advertisement, noting he is legally not allowed to be involved with the committee:

“Barbara Bry knows that those ads are not from our campaign. Her message to voters has been to ‘read the fine print’.

We agree — and every voter will note that each of those committee’s ads reads, ‘Not authorized by a candidate or committee controlled by the candidate.’

That is in stark contrast to the over 250 paid social media ads Ms. Bry’s campaign has bought to attack Todd Gloria over the last 20 months.”

An ABC 10News/Union-Tribune scientific poll this week showed the race in a statistical tie.