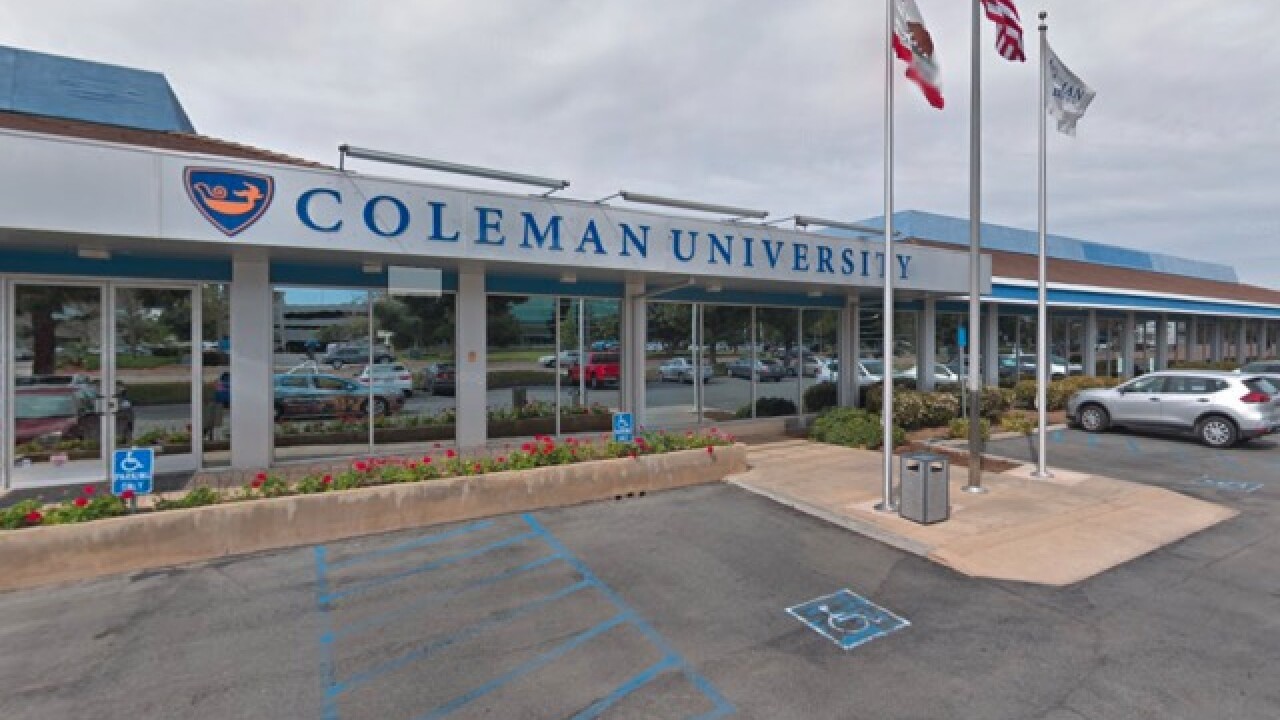 Efforts are already picking up to help the 204 Coleman University students stranded after the university shut down.

The school announced Thursday that it is closing its doors after 50 years because it failed to get a key accreditation.

"I think it's just a very unfortunate situation," said student Mari Erdman, who earned enough credits to graduate. "The school didn't shut down because of the education itself. It was because of the accreditation."

The state will hold a workshop for current students on Monday where they can learn about loan forgiveness and tuition reimbursement - even if it means losing their credits.

Coleman is also working with about five other schools to let students transfer - with no tuition hike.
Coleman President Norbert Kubilus said those include National University, The Art Institute in Mission Valley, California College of San Diego, Academy of Art University in San Francisco, and John Paul the Great Catholic University in Escondido.

National University Chancellor Michael Cunningham said he and Kubilus had been in touch about the transfer several days before the announcement.

"Many of their programs align with our programs," he said, noting N.U. tuition is less than Coleman's. "We're going to try to make sure none of those students get affected in a negative way."

Kubilus said the Western Association of Schools and Colleges declined to endorse the school because of its financial solvency, not for any academic issue. A worker who answered the phone at the agency said no information would be available until it is posted online in August.