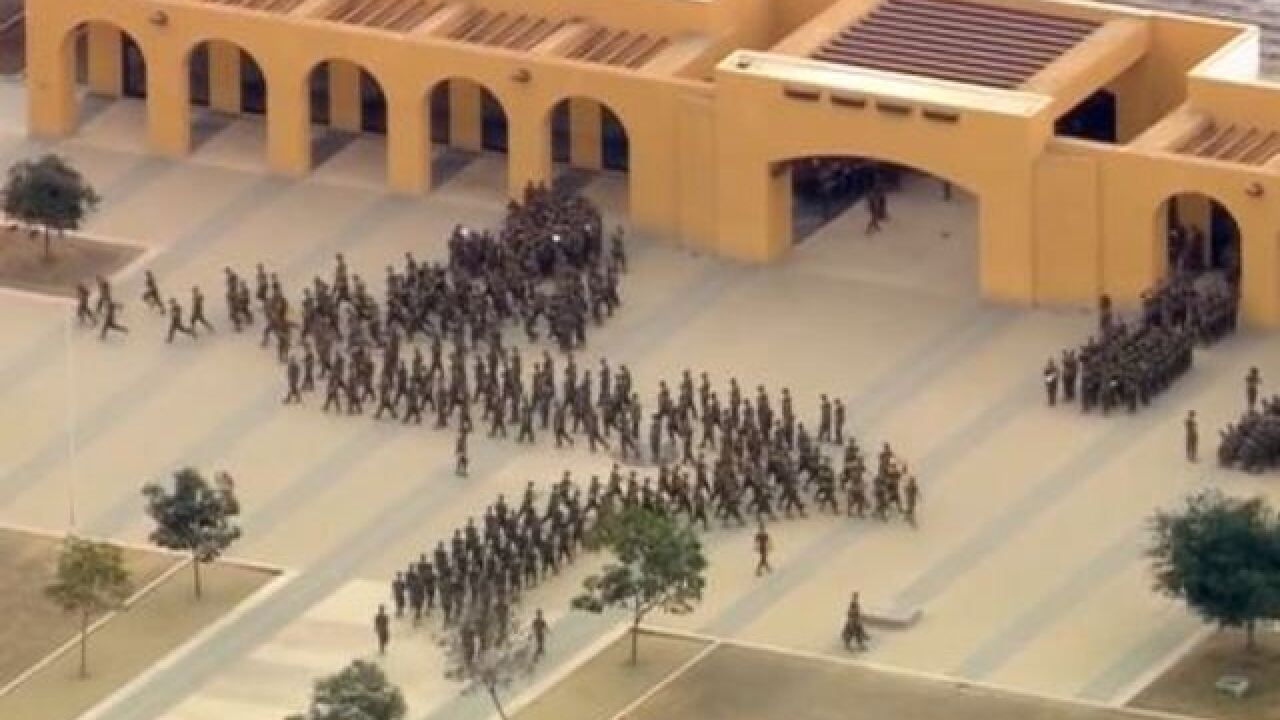 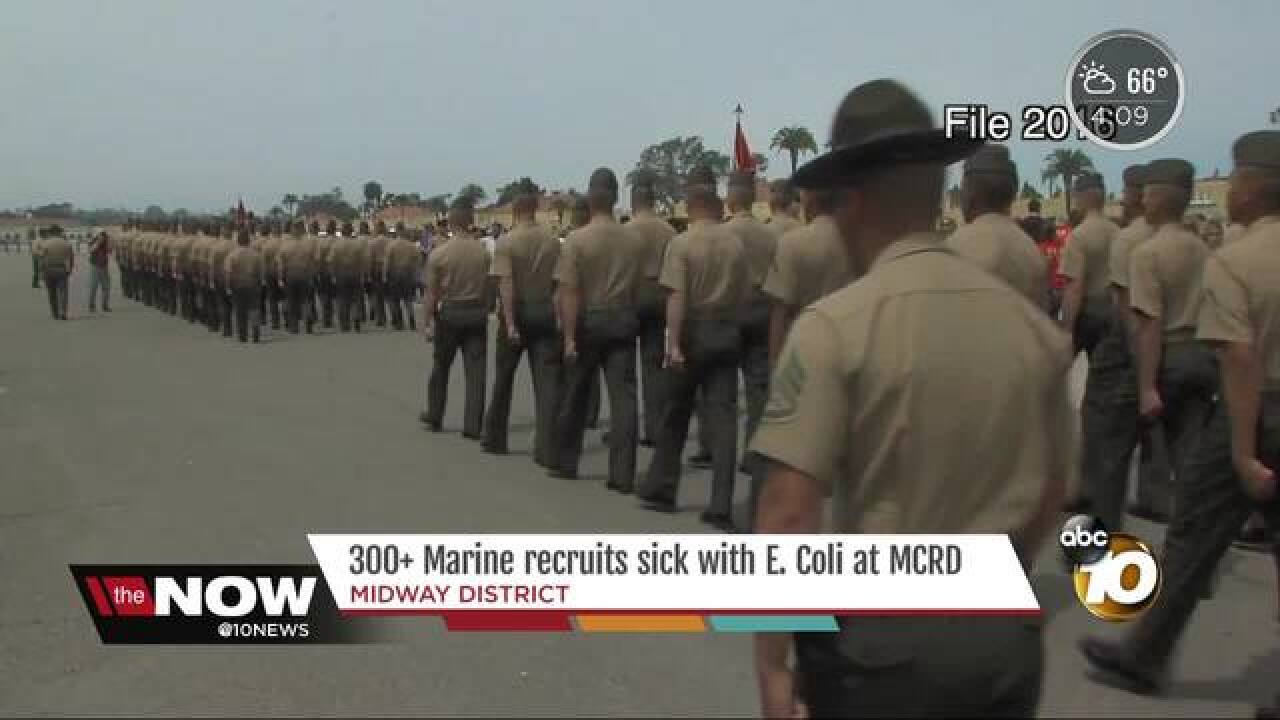 The diarrheal illness has affected 302 of approximately 5,500 recruits at the base. The cases had tapered off in the past week but a spike was reported Monday.

Ten recruits were admitted to an off-base medical facility while the remainder are being cared for at MCRD. The source of the outbreak is under investigation, according to the Marine Corps.

"Our immediate focus is identifying, isolating and treating recruits who present symptoms," said Brig. Gen. William Jurney, commanding general, MCRD San Diego and the Western Recruiting Region. "We are working to identify the cause of the sickness, making sure our affected recruits can return to training as soon as possible and continuing training for recruits not influenced."

The Marine Corps is taking preventative action to stop the outbreak including:

The E. coli outbreak is not effecting the public, according to the Health and Human Services Agency of San Diego County.

Symptoms of E. coli include Severe diarrhea that is often bloody, severe abdominal pain, and vomiting. Usually, little or no fever is present.